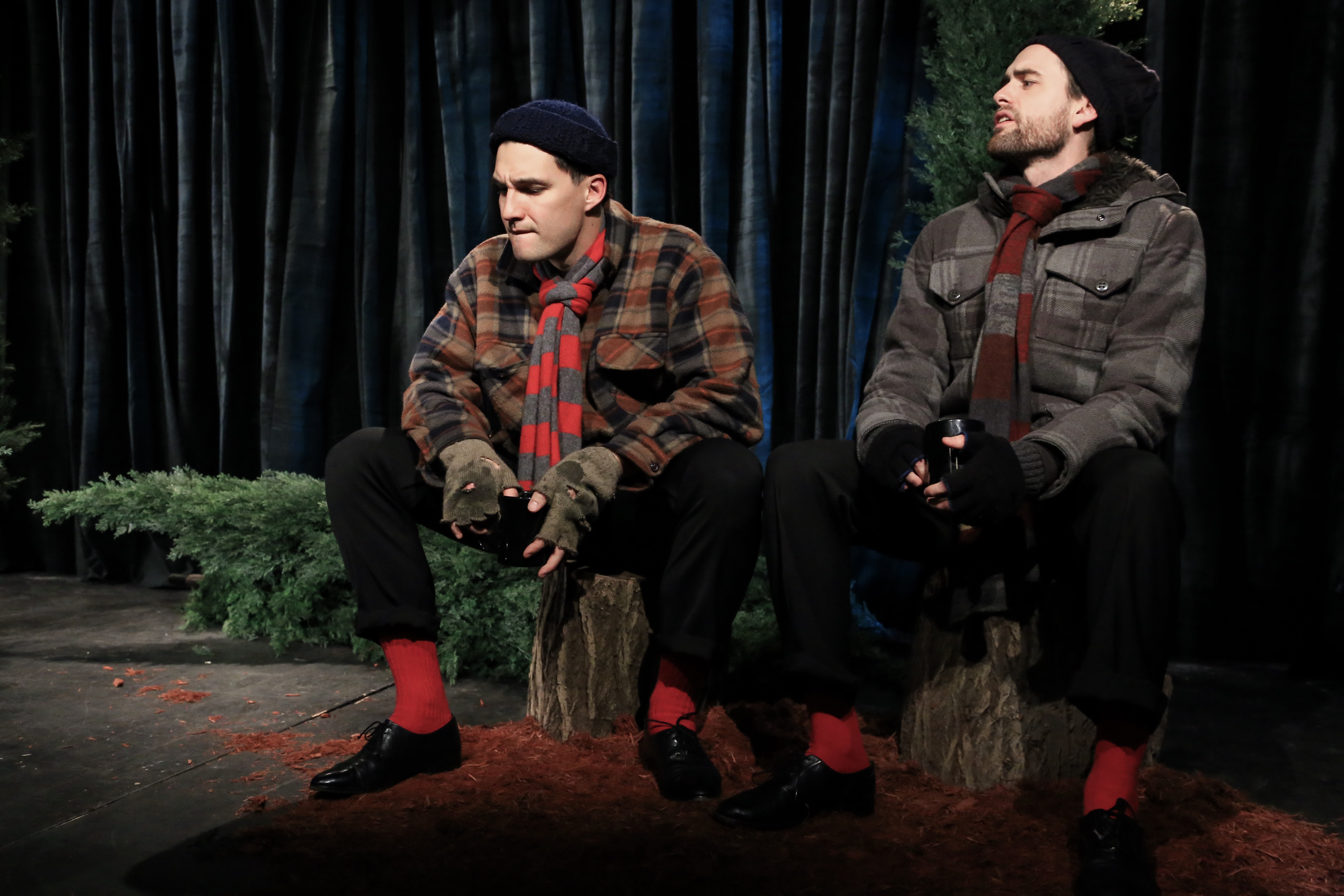 We open with what seems to be isolated farmland, though we quickly learn that in fact this is a Christmas tree lot somewhere in New York City. This is just the first instance in which we think we understand our perspective, only to be displaced or unsettled by what follows.

The story begins with a scene between two Russian men selling Christmas trees and discussing banalities until their conversation takes a slightly ambiguous but noticeably dark turn towards what I initially thought was a plot about date rape. At this point a young woman shopping comes on the scene and the dynamic shifts.

As the play progresses we see the relationship between the two Russians and this unfortunate customer, a subsequent triangle between two cops and the woman they both love, and finally the animals that have followed the Russians to America. There are parallels between these dynamics, and the play seems to be about the darker side of humanity that lies within all of us. What it’s saying beyond that, though, got kind of lost on me.

Which is unfortunate, because this is a well-worn theme, and one I find a bit tiresome, and so the nuance of how that kind of story is told matters quite a lot. Meanwhile, the play vacillates between what seems to be reality and darker fantasies and nightmares of particular characters. As an audience member, being able to see the transition between reality and nightmare is important, because it’s the difference between understanding the stakes of the action and the depth of the character. When those two things blur, then my ability to care about what I’m watching dissolves. I was able to appreciate the performances to an extent, since the dialogue is clever and the acting good, especially Course, who had my full attention the entire time she was on the stage.

The style of the narrative reminds me of the trope you find in Judith Thompson plays, where a scene happening in real time eventually morphs into the nightmare fantasy of one of the characters in the scene, suddenly taking on a distinctly different emotional timbre and feel. That seems to be happening in this play, but ultimately it is so unclear what is reality and what is not that it’s difficult to remain interested. It’s also unclear if this is a function of the play itself or the direction. Regardless, this production could have used a few more signposts to help the audience traverse quite a dark and complicated journey into what has the potential to be a really interesting story.