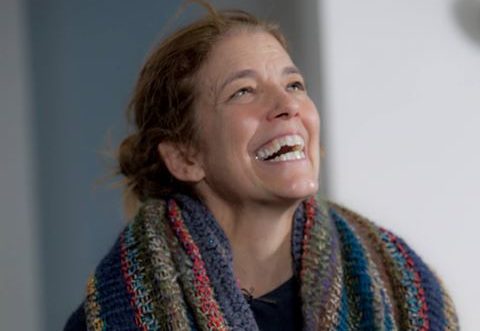 Regeneration at the United Solo Festival

Regeneration, just closed on Theatre Row but returning for one more performance on November 6th, is built upon what would seem to be sure-footing for interesting theatre: the high emotional stakes of a woman’s journey with breast cancer, and the life-shifting perspective that such a run-in with mortality can bring. The subject matter is emotionally interesting, surely, and the live cello accompaniment serves the emotional tones of the story well, but the production ultimately comes up short.

It may be that telling such a story is simply best done with a fuller ensemble; not all ideas work equally well in the solo show format. Regeneration is not without its moments, but with the structure of only a single actor on stage telling the story, mostly through monologues spoken to off-stage characters, the audience is left feeling like they are hearing only one side of a phone conversation. It would be much more satisfying if only we could hear the person on the other end of the phone as well. Nancy Rappaport, the writer and performer, shows her ambition in taking on such a difficult journey essentially on her own, but her skill as an actor in bringing the audience into the world of her character does not match her skill as a writer. Ultimately, however, the justification of much of theatre lies in cultivating a sense of empathy with a character and their story. Regeneration succeeds in that respect; taking something sadly as common as breast cancer and turning it from a faceless hypothetical disease into a personal human journey.