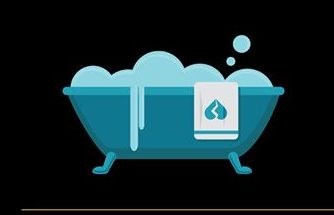 How to Drown Gracefully

Bathroom intimacy is a key part of any romantic relationship. Worst opening sentence ever? I stand by it only because Filament Incubator’s production of Becky Tanton’s How to Drown Gracefully is often just as upfront (if more elegant) about its characters’ entwined romantic and physical sufferings, and it sets the whole thing, even in scenes that don’t technically take place there, in the bathroom of Kat (Tanton). The only real prop used in the ninety-minute work is the bathtub where Kat is found at play’s opening and to which she frequently retreats. It is where she is visited by a trio of lovers, all of whom drift in and out of the space, and who rarely interact with one another. Instead, they hold a series of one-on-ones with Kat as she sits in the tub (getting more and more soaked as the show goes on), or on the edge of it, or circles it with trepidation, as it becomes more and more clear that it is a symbolic trap from which she is having difficulty extricating herself.

Tanton has written a probing, deceptively intense piece, and she and the rest of the four-person cast hold our attention despite the slightly prolonged nature of the play. Each actor has a distinct enough acting style that the overall performance is constantly warping to the new energy each one brings to the stage, with Tanton, who never leaves it, ably adapting to them. Scott Marleau, as one prospective lover Nick, is friendly and caring but slightly erratic, making us question the efficacy of their relationship even if he seems to be the one who knows Kat best. Andrei Preda’s Elijah, meanwhile, seems on first glance to be the most obvious choice for Kat as he presents a stable, confident, quieter demeanour (and Preda, along with Tanton, seems the most comfortable with the text) – and yet as time passes, and he repeatedly interrogates Kat’s intellectual ability, his initial solidness is shown to bely his more aggressive need to control and twist the relationship to his desires. Then there is Mona, played by Michelle Laplante, who is initially presented as a lover of Nick’s, but who then begins a tenuous relationship with Kat. Laplante’s performance is appealingly pragmatic, and it works for the character in that it suggests, for all Mona finds interesting about Kat, she could quite easily walk away from the relationship at any moment. Tanton herself gives a warm and naturalistic performance, striking a nice balance between the characters’ wry surface and more panicked currents beneath. Directors Andrew Markowiak and Laura Darby make good use of the basement space of Kensington Hall, ensuring the performances keep the the entire surrounding audience engaged.

Tanton’s text aggressively explores the different ways in which indecisiveness, coercion and the impulse to fall in love can combine to create an impassioned, toxic brew of co-dependance, with moments of sudden grace sprinkled throughout. Kat’s obsession with the zodiac and her attempt to make sense of her sexual history through what signs she has and hasn’t hooked up with is a running theme, cannily contrasting the ostensible range of the people in her life with her unchanging physical circumstance, trapped in the vicinity of a never-to-be-drained bathtub.

For all this nuance, the script is I think too long – – the play seems to be cycling through repeated versions of earlier scenes in its last thirty minutes as it circles towards its sudden, surprising conclusion. While this may work to express Kat’s sense of aimlessness as she attempts to extricate herself from her stasis as well as an earlier trauma which she references several times, it’s hard to tell what this last half-hour is telling us that the first hour hasn’t already. Still, this is an intimate and atmospheric look at modern relationships, with no pretence of having answers for the difficult questions it poses.