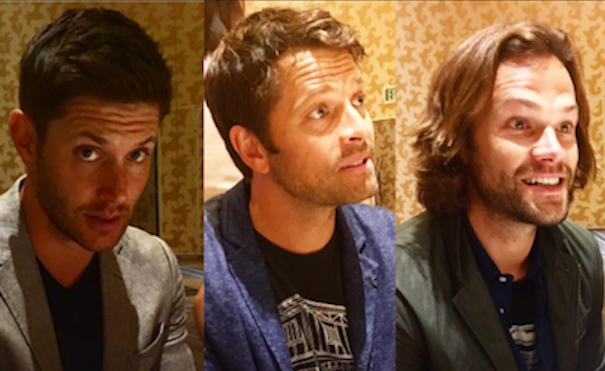 Reporters in the San Diego Comic-Con press room got to sit down with the cast and writers of the longest running show on The CW. Supernatural‘s been on the air so long, it’s actually the only remaining survivor who made the jump from The WB. In its 12th season finale, the genre show that perfectly mixes comedy and tragedy to the delight of one of the most rabid fan bases in television killed one of its main characters. But this is Supernatural, these guys die all the time.

We caught up with series stars Jensen Ackles, Jared Padalecki and Misha Collins to talk about the big drama of season 12, what to expect from season 13, and how they think the show should end one day.