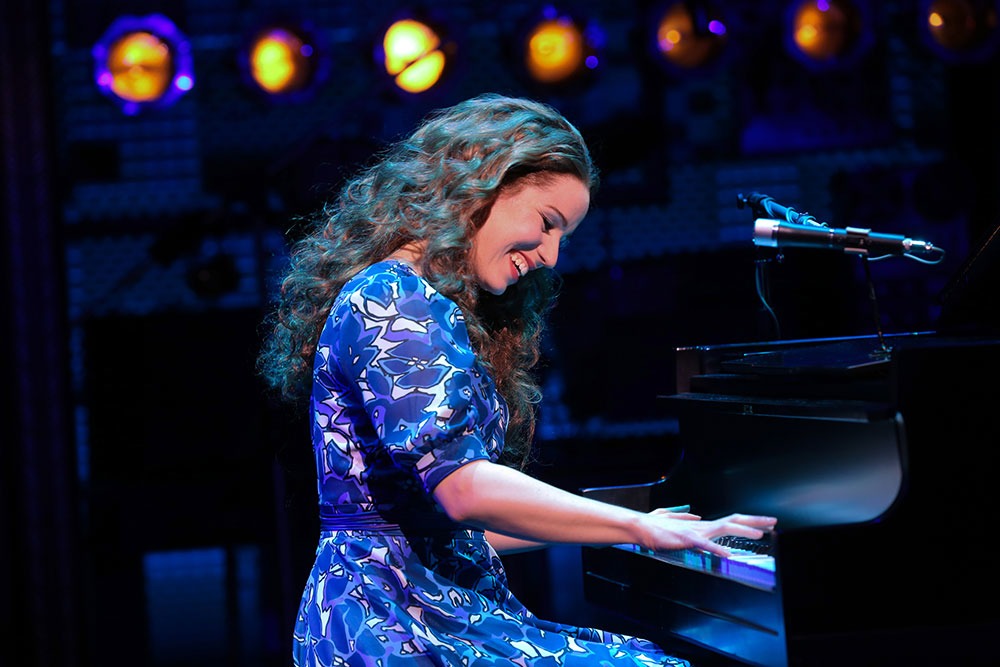 Carole King is a worthy musical heroine, an artist of prodigious talent and notable personality, and book writer Douglas McGrath has crafted her life story into a dramatically compelling piece that is, if we’re being picky, really a play with lots of music more than a musical (with one tiny little exception, everyone is singing because they’re singers; they’re not singing their feelings) but it’s a lovely play with lots of music, if a little slow at times.

Beautiful– which Mirvish has brought to Toronto until September- is well structured and orchestrator/arranger Steve Sidwell has done a few interesting things with the classic songs that play a part in the story (the medley that introduces us to the central setting of 1650 Broadway where King did most of her early writing is particularly fun), though performers playing the instruments live onstage would make everything 100x better. The ending is abrupt but the journey is rewarding and the tight character focus completely clutch.

King’s best songs are mostly ballads (the iconic up-tempo “I Feel the Earth Move” is reserved for curtain call) so the fully staged numbers lack the oomph that jukebox smashes like Jersey Boys and Motown excelled at, which drags the momentum a bit. But the characters are compelling enough that their return to the stage following these famous-pop-act interludes always sets the story back on track. The music is best showcased in the moments of creation- personal, emotional scenes that feature great singers tinkling at a piano and discovering something new. This strength is particularly well captured in King’s reaction to hearing her husband’s lyrics for “Some Kind Of Wonderful” for the first time- a perfectly personal revelation wrapped in a professional breakthrough. All the best scenes are about the songwriters (Triple Sensation favourite Liam Tobin plays King’s lyricist husband Gerry Goffin, Newsies‘ adorable original Davey Ben Fankhauser plays competing composer Barry Mann, powerhouse Erika Olson is his partner Cynthia Weil) but it’s really King’s personal journey that brings the show together. She’s easy to root for- funny, vulnerable, determined- and Canadian Chilina Kennedy captures her spirit beautifully (and actually levels-up her singing voice) in a performance that finally brings her home after two years playing the role on Broadway.

The big musical numbers could use more sparkle, the pacing could be tightened, and the ending needs more meat but, when Kennedy leans in close to the piano, sings a poetic line or two, and breaks into that “this is something special” smile, Beautiful is pretty beautiful.