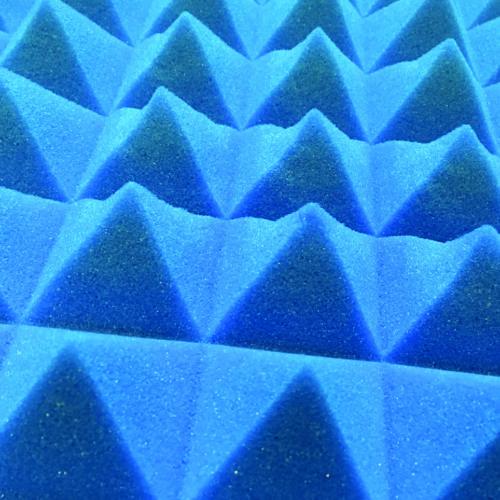 Two Shows from The Site

The Royal Court’s associate designer, Chloe Lamford, got five writers ‘exploring performance through language, physicality and the power of the imagination’. They wrote a piece each. I caught two of those.

I’ll be writing this review in past tense because the plays were on for three nights, and I wanted time to think over them. I also didn’t engage that much. But being late’s okay because the project, as the copy says, was an experiment. This review isn’t copy, but a look at thesis and result, or at the very least effects.

Still, using the past tense will sound off. The second half of the review will start ‘All pieces were performed at The Site’. The ‘were’ grates. I’m gonna explore that idea with a tangent. A tangent about immanence.

The present tense describes art. Not just currently-running theatre, but all art, even film.

And sure, stories have timelines. Events can be located cause-and-effect style. But those events are synchronic. They figure in your brain without a strong sense of before and after.

They happen but have not happened.

Does that mean ‘presentness’, or ‘liveness’, is desirable in art? Should we pursue the happening over the happened? I don’t know, but it comes up a lot in theatre discussions. Theatre is a ‘live medium’. But then… how can one piece of art be ‘more live’ than something else? Does that mean more intense? Deeper? I don’t know.

Jeez… real can of worms.

Back to the Actual Review

All pieces were performed at The Site, a temporary space designed by Lamford in a back-alley building that’s normally the RC’s Lit Department.

The key colour was blue. You got a blue key for a blue locker that contained a blue programme and for Theresa Ikoko’s piece, a blue paddle with a number on it. After milling about the tiny temporary bar you entered a small blue room, wall to wall with blue carpet and walled with blue sound insulation. Overhead was a square slab of light.

The blue worked for experiment. Empty enough to invite content and yet bold enough to inspire a mood of contemplation.

The Space Between Us by Theresa Ikoko was a story told through a half-hour faux-game-show-video-game. There were six players, played by three actors, and their ‘stats’ appeared in a faux-game manual alongside the programme, complete with faux-terms and conditions. Guided by an invisible umpire, in each round the audience chose one player out of two by either holding up or down their blue paddles. Chosen, an actor walked up to a tape-outlined square on the floor and became the picked player; they then chose their opponent by navigating an invisible gesture-sensitive screen (think Minority Report or Kinect) and picking a profile. I believe the picked players faced off against the unpicked, although it may be the opponents were random.

There were three rounds, the first two involving a combative physical game and the last a cooperative one, which ticked off the ‘physicality’ part of Lamford’s mission quoted above.

Arbitrariness was key. With full naturalism, the players arrived to the round, got to know each other or reveal that they knew each other outside of the game, squared off or cooperated, and at the end the audience voted on who lost. With no sense of consequences. Or scoring. Or well-defined rules. The first game was a Just Dance-type that rewarded the ‘better’ dance moves. The second involved tracing a shape with one’s body at a particular pace, otherwise the offending player would be zapped. The third was a trust exercise where one player faced opposite the other and had to replicate their quasi-semaphore on faith — no-one lost that one.

We all voted on who would enter the round and who would win, but it didn’t appear to affect anything. Even when we voted for one player, the voice from above called out the other.

That arbitrariness signalled that we shouldn’t have worried about the world-building, or rational explanation for the game show set-up. The way the players described being plucked out of the world, referred to as the ‘Script’, and the general ice-cold tone and Pinteresque vague pronouncements about the system pushed the intrigue away from Black Mirror and more into the realm of generic drama. It was heightened, but it wasn’t speculative fiction because there wasn’t speculation.

(It was odd placing arbitrariness and audience choice on 8 June given it was election night and the result that followed, but who could have guessed such a wonderful thing happened that day?)

Speculation is a ‘what if……; then…..’. ‘What if there were an evil galactic empire; then……’. If nothing follows the ‘what if’, then it’s not speculative fiction.

So it was genreless drama. No mystery, except working out the connections between the players, but they spoke so generally the mystery disappeared there too. What was the substance, then? What was it made of?

The physicality struck me the most, and how the arbitrary signing signalled shifts in power. A dance move became an attack. An invisible, traced shape was a sanctioned norm. The gestures abstracted and yet transformed by the pure weight they were given into a healthy Brechtian reminder that so much that appears innate is actually a result of historical process, particularly when the game became cooperative after being combative. That needs exploring.

But there wasn’t enough to create an effect beyond slight estrangement. It was three games whose consequence was a vague promise of a ‘next level’ refracted through formalism. Any comparison to the internet or video games would be bad faith.

The Unknown by EV Crowe was a half-hour attempt to transpose, or transliterate, an actual dream. A gurning Eileen Walsh performed Crowe’s dream, or series of, as a monologue, standing stock-still and wrapped in a heavy blue foam, strongly resembling the joke candidate Tim Farron lost 300 votes to that day.

The dreamer described the search for something misplaced, possibly a baby, as well as white guilt during a vaguely colonial era picnic and a plan to take over a city in Turkey with fellow rebels despite never firing a gun.

I don’t trust ‘dream-like’ narratives. A Dream Play. Possibly Woyzcek. Maybe even Synecdoche New York. Often it’s a lame route to the unconscious that gifts someone the uncriticisable position of ‘respect my thoughts’. I dreamt I was a fish and then I was a fire truck. I don’t need to follow any rules because it’s a dream. If you criticise it then you’re criticising me as a person. Respect the arbitrary.

(My only exception to the rule is the work of David Lynch because he constantly unsettles me. God I want to watch the new Twin Peaks episode).

I didn’t laugh at the The Unknown’s absurdity. Some of the audience did.

But the work excelled in the way it presented something criticisable. The colonial part adopted a racist subject who felt assaulted by the natives trying to ruin her picnic: a faintly despicable dream, but also brave. Very rarely does someone present a rotten part of their psyche, something they wouldn’t talk about at parties, to an innately judgemental audience. In confessional art, the confession is admission of guilt with a promise to improve, but this was an admission with no pious promise. Unmitigated and honest in the exact way you want a dream to be. That needs exploring.

Did Ikoko and Crowe explore performance? Did they do it well? I don’t even know what ‘explore’ means. Doesn’t everything ‘explore performance’? I’m not sure ’explore’ is a substantive word anymore — as much it pervades West End PR. It sounds noble, at least. Like ‘the human condition’. But it’s not a thesis statement and so it call The Site an ‘experiment’ is wrong. There are no results if they’re not aligned to anything.

But were there interesting effects in The Space Between Us and The Unknown, despite the general direction? Yes, there were.

I hope this sets a precedent for quick, stratchy pieces in an experimental context for the Royal Court. That needs exploring.