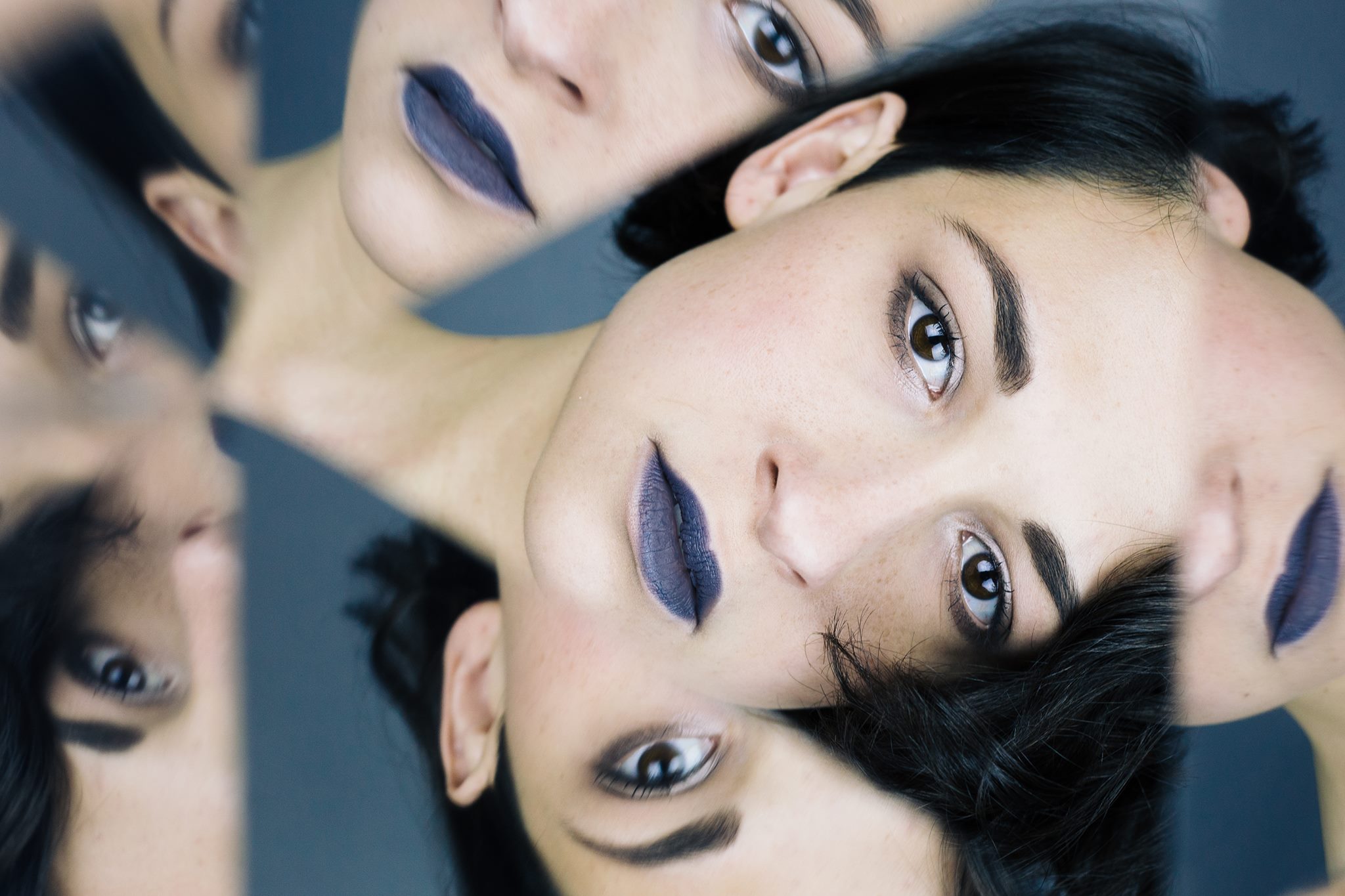 Echo Productions’ latest production, Context, attempts to recreate the subjective experience of anxiety. One hour long, the show first depicts the evening of Jamie, a burgeoning artist, who attends an art show after being absent from the community for quite some time. They then retrace the same events, but from Jamie’s perspective, highlighting her emotional and visceral experience of the evening.

The preshow sets the scene well: the audience walks into what really feels something like an art gallery: various works hang around the outside of a simple, square space with white walls and black flooring. Projected onto the far wall are various quotations about mental illness by writers from Charlotte Brontë to Andrew Solomon. As the show is about to start, an announcement is made: this is a show attempting to tell an important story about mental health, an attempt to promote and continue an important dialogue about mental illness.

The story starts with Jamie (Courtney Lamanna) in bed (against a wall with a pillow) and a glaring image of an alarm clock. The alarm blares as Jamie wakes up and checks her phone messages. It’s a solid beginning, and sets the atmosphere while also providing important information to set up the story: Jamie has been invited to an important art show, one where she’ll need to network while navigating the ghosts of past relationships. A simple story, and clear stakes, especially for someone with mental illness.

The rest of the execution, though, is a bit spotty. Lamanna is consistent and very watchable, even when she’s having various kinds of spin-outs which are uncomfortable and intense. The tone of the piece, however, is often comedic, and I found myself laughing at points where I wasn’t sure I should be. A lot of the characters are superficial and overblown, cheapening some of the grittier emotional reality that this show is trying to reveal in the first place. The lighting and choreography are apt in certain places: they help initially to create a sense of Jamie’s alienation, and the exaggerated, cartoonish way that they would appear to her. At a certain point though, it starts to feel a bit too much like a piece of musical theatre.

The programme explains that the show is attempting to take stories of mental illness out of the private sphere and how the experience of more social situations. This show certainly does focus on the social, but perhaps too much so. What exactly is happening in Jamie’s mind is not always very clear. It’s obvious that she has triggers, and that she’s upset about an ex, a former possible trauma, and that she has social anxiety, but beyond that I don’t have a sense of what the stakes are more specifically. Jamie never narrates this for us, and we don’t get enough reflected back to us in the other characters to piece together the story. The show could really benefit from a few more in-depth interactions between Jamie and some of the other characters, something that would not just show us her social anxiety, but more of what the narrative throughline is, something that would help us appreciate what inner world is actually like.