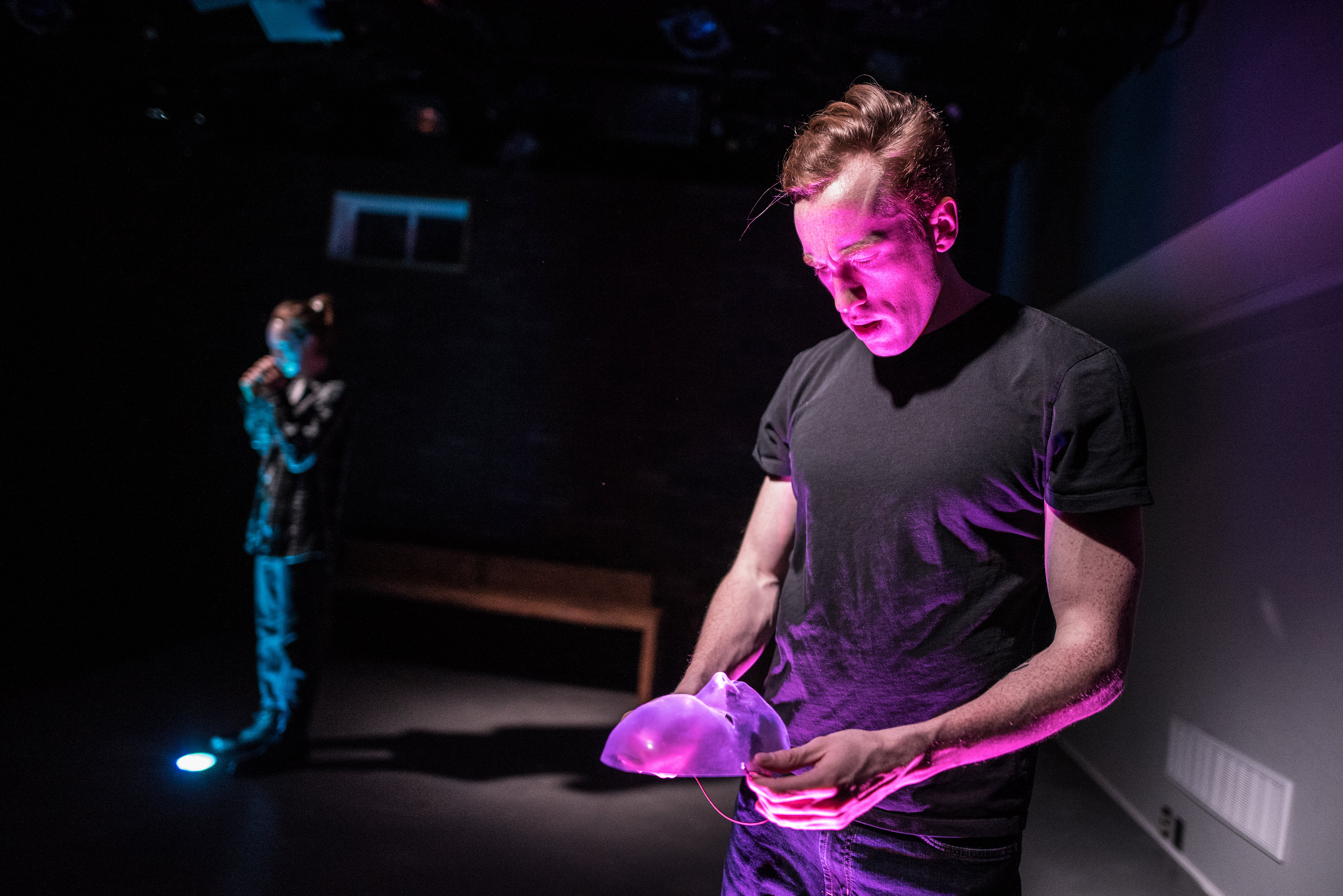 Anton Piatigorsky’s Breath in Between is playing in Crow’s Theatre’s brand new studio space until the end of the week but I’m still trying to figure out how it got there in the first place. Crow’s Artistic Director Chris Abraham is someone I associate, above all, with good taste. His own productions are always impeccably well cast and his keen eye for emerging talent has placed game-changing support behind a remarkable number of great young artists. I literally wondered aloud after careening from the building at the end of Breath in Between whether he’d been blackmailed into programming this navel-gazing atrocity.

A dull, derivative metaphor about intimacy, Breath in Between follows a young couple who meet after the man murders two willing victims he found on the internet. I’m pretty sure it’s the worst theatrical production I’ve ever seen in my entire life. With very few notable exceptions, a playwright’s work is basically never elevated by the choice to direct it themselves and here Piatigorsky’s auteurist control gives him a criminal lack of perspective on whether his big, important ideas are getting through to the audience at all. Lazy set design and vague ingenue-y performances don’t help but I can’t imagine this was a salvageable situation for anyone other than Piatigorsky himself. It’s the sort of play too pretentious to call out for being pretentious, too determinedly abstract to criticize for its lack of clarity. Breath in Between is little more than a wanky mess and I’m genuinely upset to see it programmed in such a key place in Crow’s history. Upset, but also just really confused.