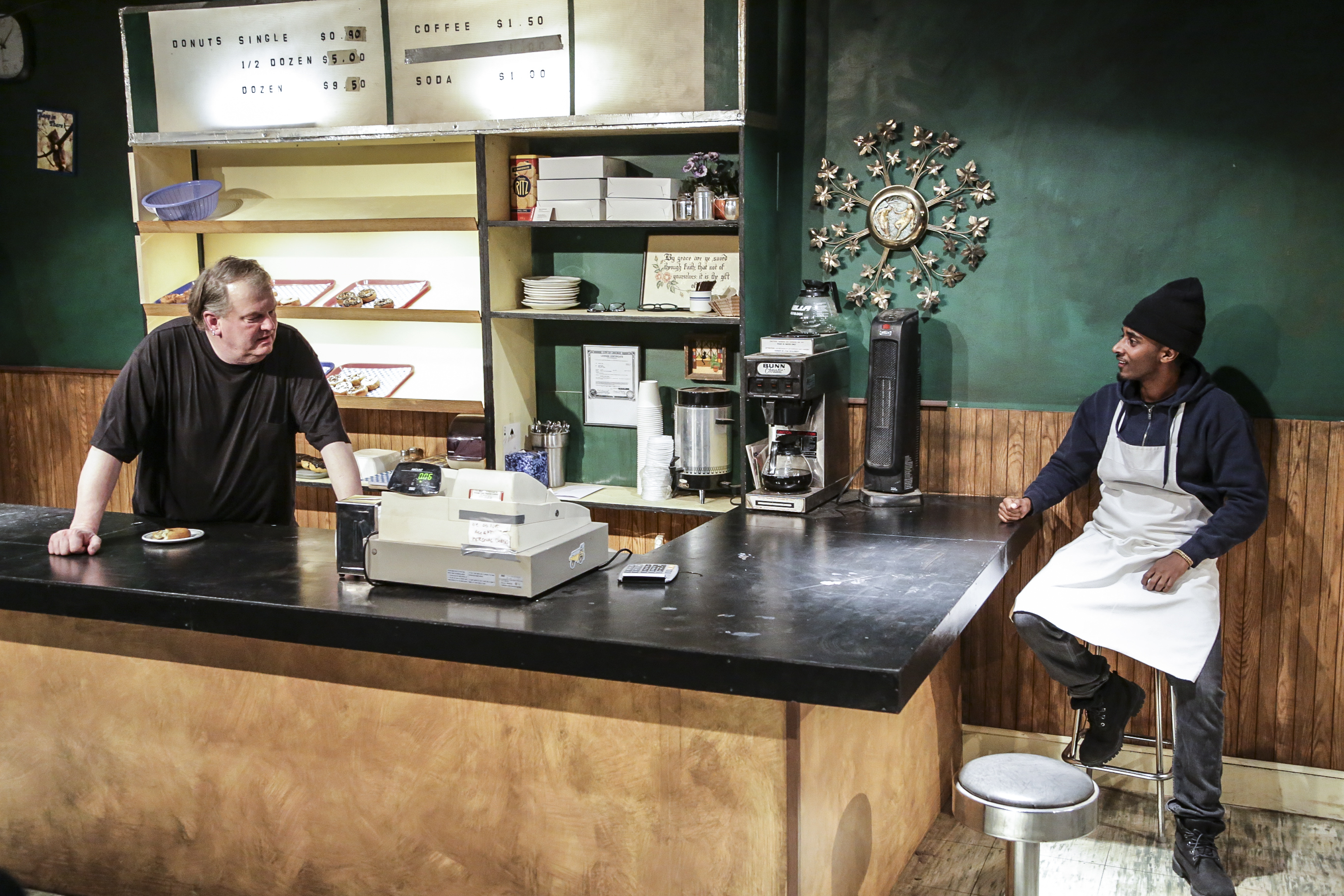 This is a big thing to say considering the consistently critically beloved status of Toronto’s Coal Mine Theatre since its bombastic debut with The Motherfucker with the Hat back in 2014 but I’m pretty confident that Superior Donuts is the best thing the Indie 2.2 company has ever produced. At least it’s my favourite. Tracy Letts’ Chicago-set script is an intellectual everyman story about special nobodies, a hilarious tragedy with a feel-good ending, a two-hander with a cast of nine, a fast-talking slowburn. It’s a contradictory masterpiece that aptly captures the juxtapositional ridiculousness of humanity with a simple odd couple setup in a broken down old donut shop. Ted Dykstra’s direction trends occasionally too broad for my taste but the unshakeable humanity of Robert Persichini’s stuck, stubborn protagonist Arthur Przybyszewski holds everything in place. Into Arthur’s comfortable if unhappy world comes the sort of supernova kid for whom comfortable is not an option. As confrontational optimist Franco Wicks, Nabil Rajo gives the shiniest performance of the year, perfectly marrying the character’s one-of-a-kind potential and ultimate just-a-kid-ness. Ryan Hollyman’s pompous but cowardly antagonist, Jon Lachlan Stewart’s intriguingly off-kilter enforcer, Diana LeBlanc as a forgotten woman, and Darla Biccum & Michael Blake as a pair of kind local cops round out the top-notch ensemble (Blake, by the way, is one of only 3 or 4 actors in the country whom I’ve never seen be anything but fantastic onstage; his consistency deserves far more recognition).

In a too-perfect encapsulation of everything that’s wrong with network television right now, CBS premiered their new adaptation of Superior Donuts about a week before the Coal Mine opened their version of the play. They’ve made Arthur older and his love interest younger (and hotter- she’s Katey Sagal and there’s now a 20 year age difference), turned literature into street art for no real reason (I guess it’s more visual? Nevermind how much Arthur’s character loses when you take away the detail of how many hours he’s spent reading), taken out the looming threats and racial complications of Letts’ text (the pilot has zero emotional stakes), and turned a comic relief European character into a smarmy Iraqi immigrant (because lazy jokes about the middle east are exactly what we need right now). Someone at CBS saw a brilliant piece of modern American drama and decided to add some “millenials are the worst” jokes and a laugh track. I’m sadly not even joking when I say I suspect that this was greenlit based on this basic pitch: “we’ll pair it with Two Broke Girls– cupcakes and donuts, makes perfect sense!”. I love TV. I studied TV in University. This site started with the TV branch. But at times like this I thank my lucky stars that I can turn off my TV and go to the theatre.