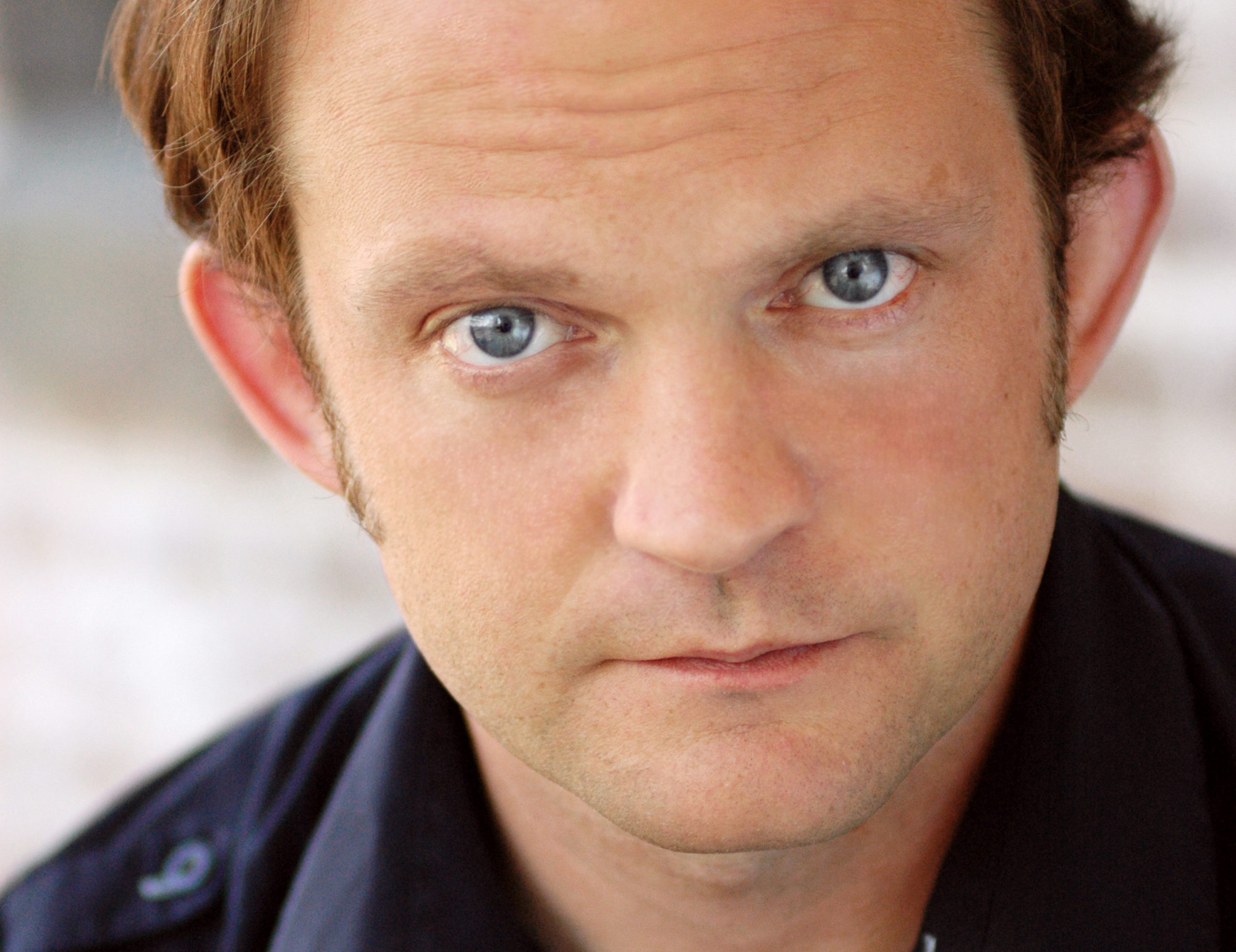 Anna Chatterton’s solo show Quiver incorporates live sound effects created and recorded and cued onstage by the performer making the role of Outstanding Sound Design nominee Michael Rinaldi one of the most unique design challenges of a season full of unique design challenges. We chatted with Michael about working with Anna to unlock all the potential in the tiny vocal effects box the show rested on.

Do you remember your first experience with theatre?
A school Christmas play in Spruce Grove, Alberta. I played the lead role, The Little Elf, who hated Christmas, but of course learned the true meaning and found joy etc. I do remember that was the moment I was “bit” by the “bug”.

How did you get into sound design?
In the post university (UVIC, acting) years, while performing in a TYA show touring back and forth across Canada, I discovered a Tascam 4-track recorder, and created a very Ween-inspired solo band I called The Dolby Sisters. I kept creating strange pop songs and experimental sound creations, that I shared with virtually no-one. When I played the stuff for one of my best friends from University, Pete Balkwill, he convinced his theatre company, The Old Trout Puppet Company, to hire me to design their next show, to be called Famous Puppet Death Scenes. I think the show contained about 50 completely different puppet play “excerpts” and was a massive undertaking. That was 12 years ago, and the show is still touring all over the world. That’s where people started to call me a sound designer.

What’s the most important thing about sound design that people take for granted?
Communication, I think. Each show, each director, is a brand new relationship. So I think really being able to listen and understand and contribute to the conversation is important.

How did you get involved with Quiver?
When I was living in Vancouver, I met a really nice person from Toronto at a park while our kids played. Her name was Andrea Donaldson, and we kept in touch after that. Then when I moved to Hamilton, one of the first people I met was Anna Chatterton. Turns out they are great friends and super talented theatre artists. For some reason, they invited me to be a part of a workshop of a solo play created around a vocal effects processor. Of course I said yes, because they are fantastic people and it was an interesting challenge. And then when I read the script, I fell in love with Anna’s writing.

How much guidance or input did writer/performer Anna Chatterton give you? How did her on-stage sound effects factor into your design?
Well, she was very clear about the specific piece of technology she wanted to use, this TC Helicon Voice Live Touch 2, which she bought for the project. If I remember correctly, she knew she wanted to use it to create at least 3 distinct character voices, and a bunch of effects, and control the thing herself from the stage. So we spent a bunch of time playing and exploring the parameters of the thing and developing her dexterity with the device.

I think that we initially thought that Anna’s “on-stage” sound effects (what we did with the vocal processor), would be the only source of sound, but as the thing came together we felt the show benefitted from having pre-programmed cues as well, so we incorporated the laptop and had her trigger all of the sound cues herself.

What were some of the practical demands of the production that you had to accommodate?
Learning how to use the processor involved was the initial big learning curve. Then once we embraced the idea that she would control all of the sound cues and levels and effects herself, it was challenging to come up with a streamlined interface to allow her to focus as much energy on her performance as possible. We then added the further technical challenge that she would not only act, and control all the sound cues, but she would trigger the lighting cues as well. So having all these different systems communicate with each other became the task: midi, osc, wireless networking. Ug. Thankfully we had a great team of problem solvers at the ready including spitfire Jacqueline Costa and Anna’s superbrain husband Jim Ruxton.

Was there much collaboration between yourself and your co-nominee, lighting designer Andre du Toit?
Andre is not only an extremely prolific, talented designer, but like the best theatre creators, a lovely supportive, positive, kind, intelligent person. So if being morally and spiritually and creatively generous counts as collaboration, then yes, totally.

Did you have any big ideas that were edited out for practical reasons?
Hmm. Possibly? Probably? But I tend to forget about the ideas that don’t survive. I think that’s a big part of creation, tossing ideas out if they don’t belong, letting them go. Killing your darlings.

Were you pleased with how the design worked in practice?
Yes. The computer didn’t crash or catch on fire.

Do you have a favourite moment in the production?
I would probably have a different answer after every run-through. There was a lot of nuance in the script and in Anna’s performance, so I’d find myself loving new moments every day.

You also worked on Within the Glass and The Public Servant this year. What stands out to you the most about those productions?
I loved watching all the actors work. Great actors in those shows. So much bravery and commitment and endless creativity, and warmth. Inspiring.

What are you doing now/ what’s your next project?
Two upcoming designs: El Retorno by Marilo Nunez at the Theatre Centre; and a new show by Rebecca Northan that might I might actually not be allowed to talk about yet…

Do you have anything you’d like to add?
Thank you very much!