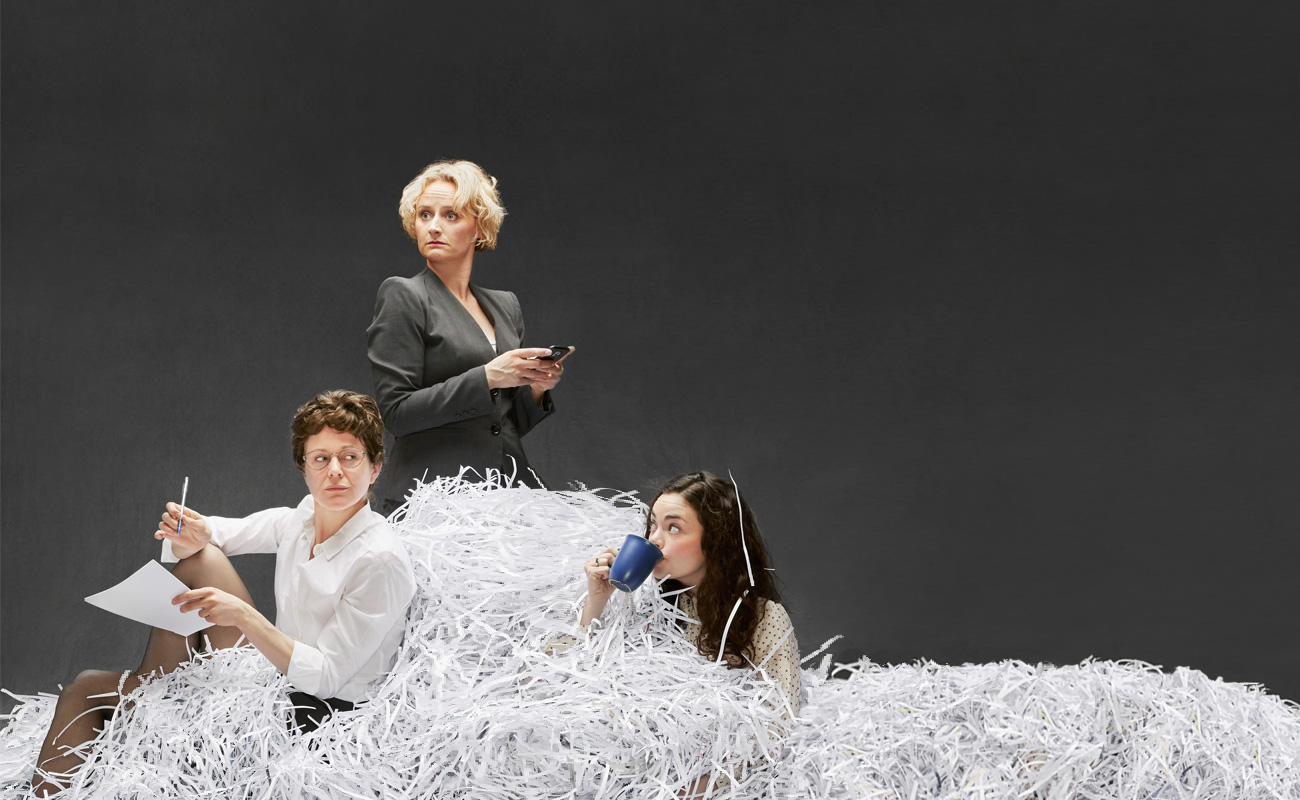 There are times when the montage elements of The Public Servant drag on too long and a few key character threads are dropped a little carelessly but the new collaborative creation from Common Boots Theatre’s Jennifer Brewin, Haley McGee, Sarah McVie and Amy Rutherford (in association with Nightwood Theatre) is mostly a strong, clever piece of theatre.

Cleverly directed by Jennifer Brewin, The Public Servant is an amusing, if sometimes draggy, love letter to the unsung everyday people who keep this country running. It begins with a monologue about why Canada is worth serving then proceeds to explore the demoralizing bureaucratic realities of said service. A simple, solid, needed piece of theatre.

Note: You’ll be tempted but try to avoid writing “public servant” on the paperwork you’re handed at the top of the show. It’ll help everyone if you don’t try to pretend you get the point before you even see the show.