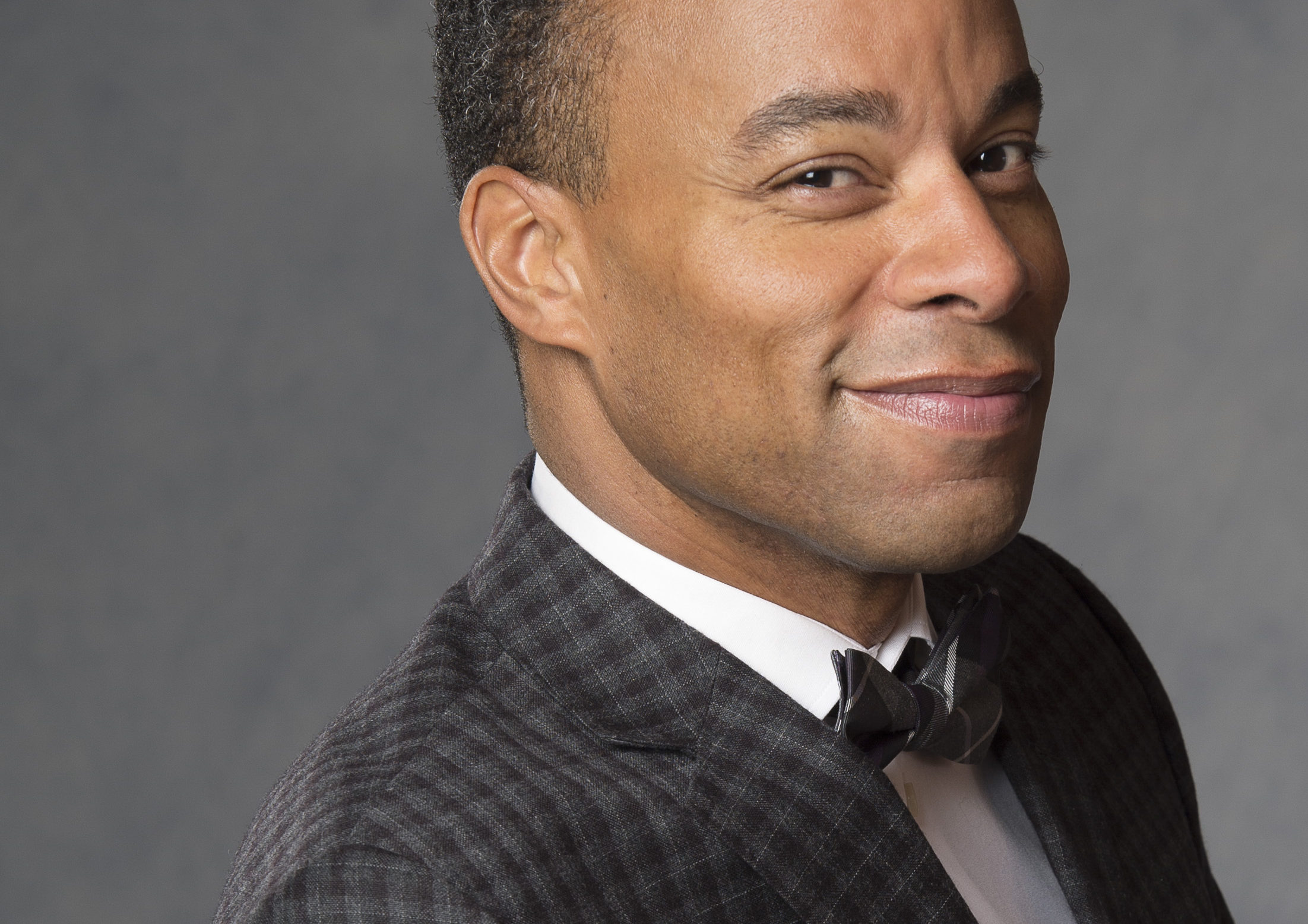 Nominated this year for Outstanding Performance in a Musical for his role in The Shaw Festival’s Sweeney Todd, Marcus Nance has one of the most memorable voices in Canadian musical theatre- a rich bass that could charm just about anybody (which comes in handy because he always seems to be playing the most dastardly of villains). We caught up with Marcus to look back on last summer as he prepared to move to Stratford to begin rehearsals for what’s next.

When did you start singing?
I have been singing pretty much all of my life. I grew up singing in church choirs and as a church soloist. I decided in my third year as a clarinet performance major in university to take voice lessons just for the fun of it. I always loved opera and I was fascinated with opera singers. They were such interesting and passionate people whereas instrumentalists were introverted. I spent a summer studying clarinet and orchestral performance at the Aspen Music Festival in Colorado and I always made sure to attend the singing master classes. I was so attracted to the vocal instrument and all its possibilities.

What are some of your all-time favourite musicals?
I honestly don’t have a favourite musical, but I will say A Little Night Music, Ragtime, Beauty and the Beast, Sweeney Todd and Jesus Christ Superstar would be on the list.

You gave one of the most memorable performances in Stratford’s Broadway-bound Jesus Christ Superstar. What do you remember most about that experience?
Well, thank you for that compliment! Being in that show was like winning the lottery. The opportunities kept growing and growing. From a sold out critically acclaimed run in Stratford to a winter run at the La Jolla Playhouse in Southern California and then to Broadway with a performance on the Tony’s. Definitely a career highlight!

You’ve also performed a lot of opera. What are the key differences in style and technique that you have to adapt to when switching between opera and musical theatre?
In opera the music comes first. It’s all about the technique of singing and the beauty of the vocal instrument. In theatre the acting and the text come first. I don’t sing much opera these days. It would take months or more to get my voice back to that level. The vocal power and bel canto technique needed to sustain the form is too difficult to do if you aren’t doing it all the time.

What attracted you to the role of Judge Turpin?
He’s a complicated and layered character and, in my opinion, a misunderstood human being. Those are the types of characters that I long to play. And Sondheim wrote two incredible songs for Judge Turpin that are wonderful to sing. The amazing soliloquy “Mea Culpa” and the beautiful and passion filled duet “Pretty Women”.

As a bass, that role’s villainy is often par for the course. Is that something you embrace or do you sometimes long for the romance and heroism that the tenors get to play?
I am a true bass and there are so few bass roles in music theatre that when one comes along I am beyond thrilled. Turpin and Caiaphas are two wonderful bass roles that I have been lucky to have been offered. If that means I am the villain much of the time, I’m happy with that. The “bad guys” are usually the more interesting parts to play.

Do you try to see the story through his eyes at all or just stay mentally far away from that mess?
No! I have to see the story through Turpin’s eyes. We all have “mess” in our lives but we don’t let anyone see it. Think about five things that cross your mind every day that you would never express aloud. Think of the questionable fantasies that pass through your brain but are pushed away. Think of your honest opinions of the people you know that you would never speak aloud. Think of that sex dream you had about someone close to you in which you awake and think “where did that come from?”. In life we learn to control, avoid or ignore a lot of things within (as we should). But as actors we get to confront these things and use them because the characters we play don’t always have the ability to control their thoughts and actions in the same way the actor does in real life. I embraced everything about Turpin and I loved it.

Tell us about working with Jackie Maxwell on her last production at the Shaw.
I have never felt more safe and supported in a rehearsal room. I think it’s safe for me to say that Jackie had planned to cut Turpin’s “Mea Culp” but she allowed me to fight for it and in the end she changed her mind and we kept it. Together we worked intensely (along with music director Paul Sportelli) to make sense of this complicated man. The end result hit me in the gut every performance but I would never have been able to go there without her help.

Do you have a favourite moment in the production?
Turpin’s “Mea Culpa” had quite an affect on me. This is the moment we really see who the Judge is. And he strangely ends the scene with a most naive solution to his problem. It tore my heart out every performance. I also loved singing “Pretty Women” with Ben Campbell. This beautiful duet is so fun to sing and so well written for the voice. But more importantly, it is a chance for the audience to experience Turpin’s true desire which is simply to love and be loved.

What are you doing now/ what’s your next project?
I just finished playing the Tin Man in The Wizard of Oz at The Grand Theatre with the most incredible cast of “friends”. And now I start my sixth season at the Stratford Festival in Guys and Dolls and HMS Pinafore.

Do you have anything you’d like to add?
I’m just thrilled and honoured that I was nominated for this award. I want to thank you for giving me a nod and letting me know that my work is noticed. We all need that in this crazy business!