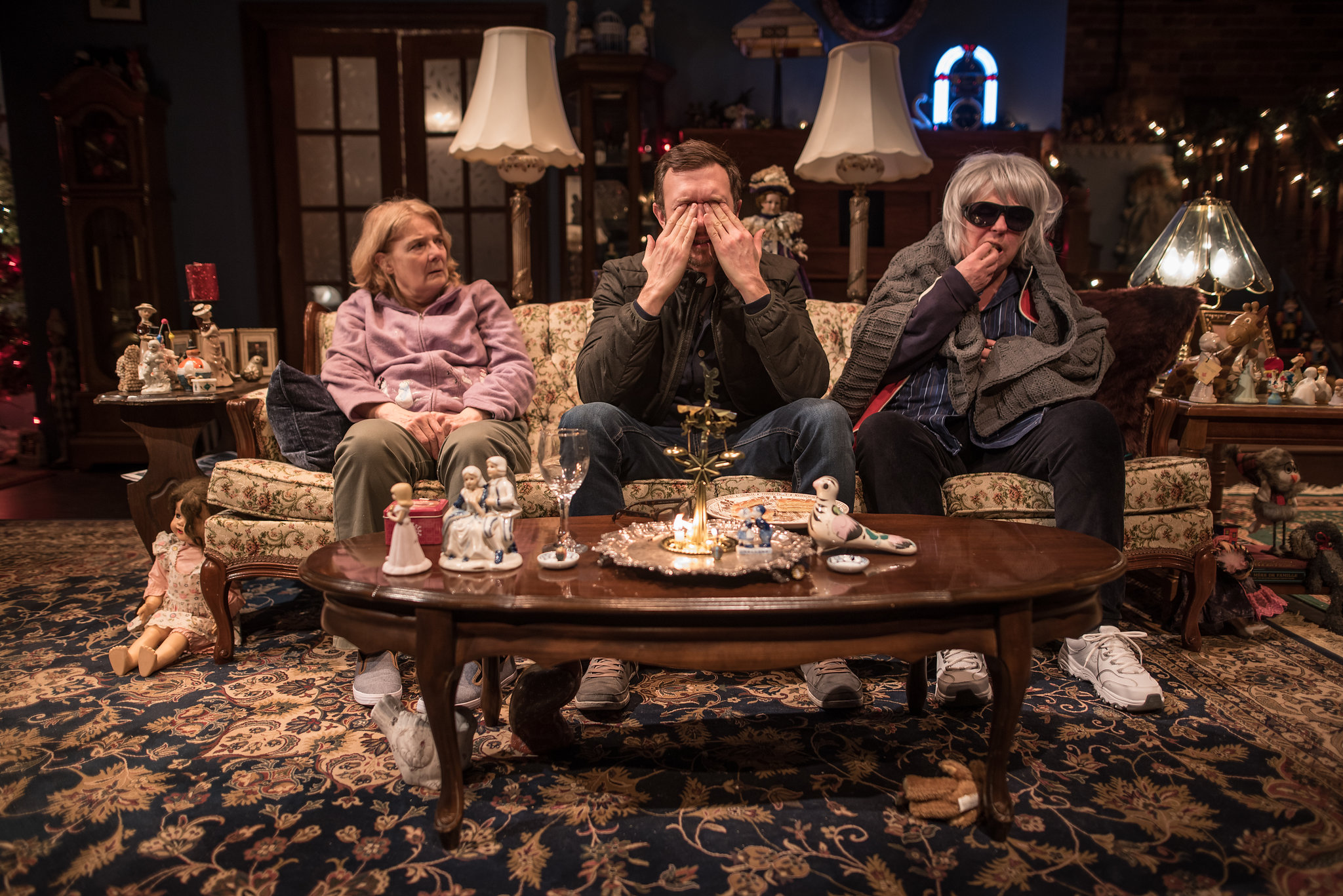 This is not a review. The Company Theatre’s production of John– a dense, complex, hilarious personal epic by celebrated playwright Annie Baker- is extraordinary on a hundred different levels and every single person who has seen it (or certainly written about it) has said pretty much the same thing. I’m usually skeptical of consensus but the consensus is simply right in this case- come for Nancy Beatty’s critically beloved turn as a wacky inn keeper, stay for Philip Riccio’s wounded mess of an everyman, along the way get lost in Shannon Lea Doyle’s brilliantly overwhelming set and Kevin Lamotte’s sublime lighting. Anyway, this is not a review.

Honestly, I wasn’t going to write much about John at all. Considering the consensus, I didn’t feel that I had all that much to say beyond “wow, that was great” and “has Philip Riccio ever been bad?” so I distractedly let it slide, planning to throw a short (but hearty) endorsement into an upcoming “On Stage in TO” article. Then I started to see a small subplot develop between the political hollering and dog memes that make up my social media feeds- my cohorts in the Canadian Theatre Critics Association were starting to repost reviews, citing low audience numbers and basically begging their followers to show up.

This shocked me a little, and not just because the production’s VIP-stacked opening night should have set it up for success on word-of-mouth alone. Critics rarely get emotionally invested in the commercial success of any given production, a coping mechanism that allows us to call the bad stuff bad without the guilt that comes with potentially hurting ticket stales. But I say this as someone who can’t close a show. Productions I hate do well all the time. Meanwhile, I’ve learned to embrace the existential minefield of talking about Michel Marc Bouchard’s The Divine for three months straight (and publishing the raviest of raves) yet not knowing a single soul who bought a ticket. But everyone who’s seen it wants John to succeed and what happens when even the high-circulation critics are being essentially ignored?

When asked about this site’s principal goals, I always talk about the hypothetical theatre-goer who only has the time and resources to see a few plays a year. I see our job as mainly curatorial- we attend 300+ productions every year so that the person who can only see 3 has a trusted guide telling them which 3 to pick. Without critics, said hypothetical person would end up relying on advertising to know what’s out there- steering them permanently away from independent theatre and towards, I don’t know, the Bodyguard musical? In practice, that’s not what this site really does. It’s what we mean to do, but we just don’t have that many non-theatre-people in our readership base so we end up being more of a conversation perpetuator than a layman’s guide to what to see once you’ve seen Matilda. But the combined circulations of The Globe & Mail, The Toronto Star, The National Post and NOW Magazine (plus Torontoist, Stage Door, Mooney on Theatre, The Slotkin Letter and likely some others I’ve forgotten) have all read rave reviews of John – that’s more than enough people to (many times over) fill the < 200 seat Berkeley Street Upstairs theatre for a three-week run yet there are tons of seats unsold.

Every single one of us takes a lot of flack for our unflattering reviews. It’s trendy to call the critical landscape “toxic” or bristle at what’s perceived as cynicism or undue negativity but there’s a reason we’re harsh when it’s called for, it’s so that you can believe us when we say Get Your Ass Off The Couch And Go See John, Goddammit! We mean it; I don’t know how else to explain that to you. Sure, the play is over three hours long with two intermissions but the time flies by and I refuse to accept any more arguments about attention span deficiencies from a generation that binge-watched the second season of Daredevil.

Tickets start at $20 and there are way too many still available before closing night on Feb 19 (they’re available HERE, so you can’t even make some excuse about the un-Googleability of the generic title). You can afford $20. There’s TTC and parking near the theatre; you can’t possibly have to work during every single performance time; fuck it, I’ll babysit if I have to. I’m just plain tired of you not going to the theatre. Next time you get a second round at the bar or opt for an Uber over the subway or (most egregious) spring for a VIP seat at Cineplex, I want you to remind yourself “I chose this over the best reviewed piece of Toronto theatre in years” and I want you to feel really really bad about it. Because the critics tried their best, you just wouldn’t listen.