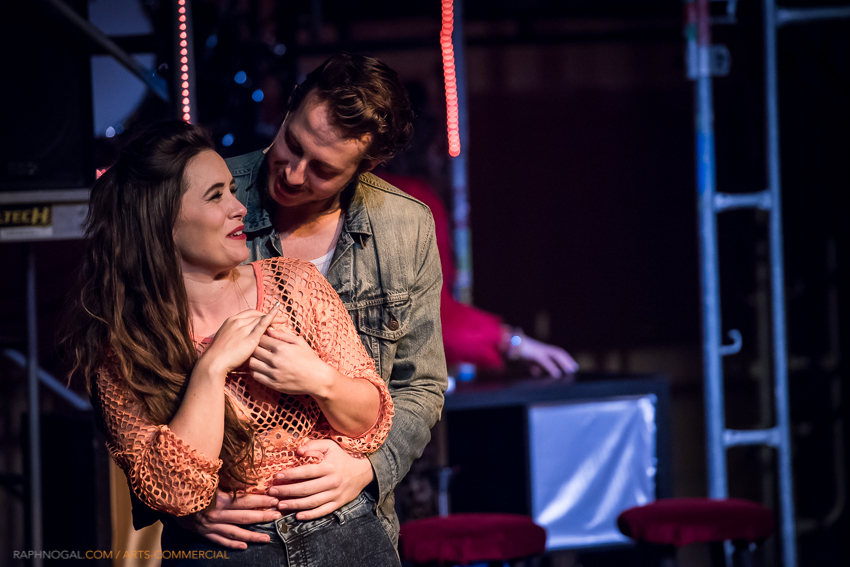 Call It A Day Debuts with The Life

I was a full half hour into opening night of The Life when I heard the first not-so-great vocal performance. There wasn’t another in the 2+ hours that followed. There’s very little good acting to be found in this hooker-with-a-heart-of-gold story but, by god, Call It a Day Productions has found some great voices for their first show: Andrew Perry’s showy vibrato-heavy tenor that perfectly captures his sleazebag character’s snakiness, Bryan Kling’s smooth croon as a drug addict our heroine needs to quit, Michele Shuster’s brassy belt as an aging hooker who can’t see any other future for herself, Alysse Ernewein’s sweet soprano as the inevitable ingenue just off the bus from Minnesota, for starters. David Newman’s book is pretty trite, certainly nothing to make you wish too strongly for better acting, but Cy Coleman and Ira Gasman’s music and lyrics give this ensemble of single threats a not-too-shabby avenue through which to show off their best assets.

MyTheatre Award-winning director and co-choreographer (with Lauren Mayer) Danik McAfee has quite a few clever staging ideas that make for interesting visuals and strong transitions but the production as a whole could stand a lot more grit, at the very least some stage blood and more prominent bruise makeup to emphasize the danger of 1980s Times Square in the world of hookers and pimps. Music Director Mike Ross’ band needs some polish (especially the reeds and trumpet) and the uncredited costume designer has done nobody any favours, somehow missing the mark on period, character, society and sexiness in all but a handful of cases. There’s a lot to nitpick here, and it’s difficult to get past the nearly across-the-board stiff and badly timed acting, but the voices really are impressive, one in particular.

Jacquie Martin plays the lead role of hardened-but-sweet hooker Queen and delivers the sort of performance that elevates everything around her. Her acting is strong, she sells relationships with characters that otherwise completely don’t work, she even makes the costumes look good. Her vocal range is gigantic with classically-tinged high notes every bit as thrilling as the rich belt and jazzy undertones that give Queen her centered power. I first wrote about Martin in 2012 (she was playing Joanne in Rent at the LOT) and I can’t for the life of me figure out why she hasn’t been snatched up by now to play big roles with big companies. Here she’s surrounded by good singers in a decent first production by a new small company but Jacquie Martin shouldn’t be playing in this league anymore. She’s a star and you should see The Life entirely so you can say you saw her.