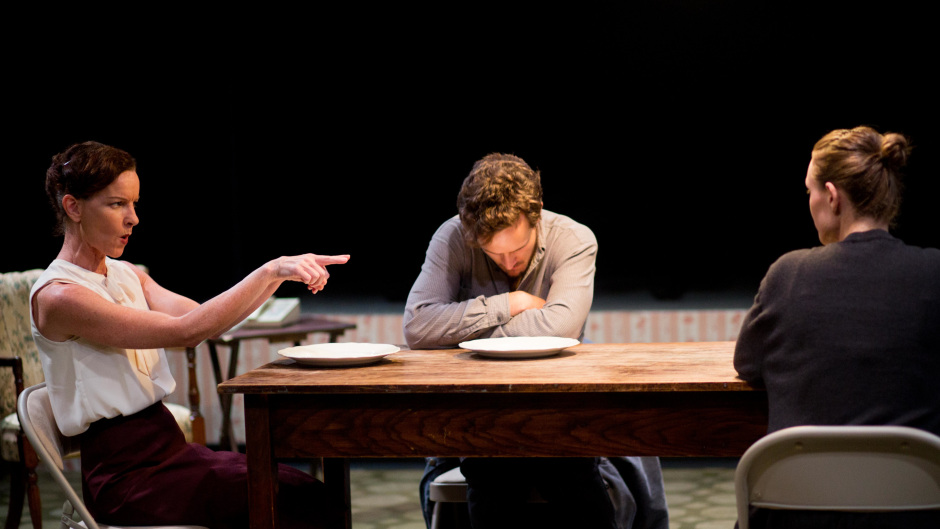 Tennessee Williams’ semi-autobiographical memory play about a regretful Southern Belle and the miserable adult children who’ve grown up on her repetitive tales of questionable glory days is one of the playwright’s greatest poetic achievements and the piece that made his name when it premiered in 1944.

Tom Wingfield’s nostalgic monologues that frame the flashback action of The Glass Menagerie are some of the greatest speeches in the American dramatic canon and in The Howland Company/73H Productions’ current staging of the play they are delivered with stirring sadness and empathetic discomfort by James Graham. His Tom is all crushed dreams and crystallized resentment, freely making eye contact with the audience in his breakout soliloquies but unable to meet the gaze of anyone else but his timid sister Laura, played by the lovely Hannah Spear with an admirable twinkle of suppressed independence.

Tracey Hoyt’s amusing Amanda lacks the aching desperation that character needs to not be emotionally eclipsed by her damaged children but her flatness can generously be read as a purposeful comment on Tom’s unreliability as a narrator. Certainly he seems to remember “gentleman caller” Jim O’Connor with little fondness, though it’s hard to decipher how much of the production’s less charming, more narcissistic version of Jim is character interpretation and how much is Samer Salem’s awkward performance (his first on stage).

An unnecessary rearranging of the audience from four sides to three during intermission only serves to create even more of a stark divide between the fairly strong first half and the fairly weak second, turning the audience into a crowd of Amandas, determinedly reminding ourselves of all the good parts that came before the bad.