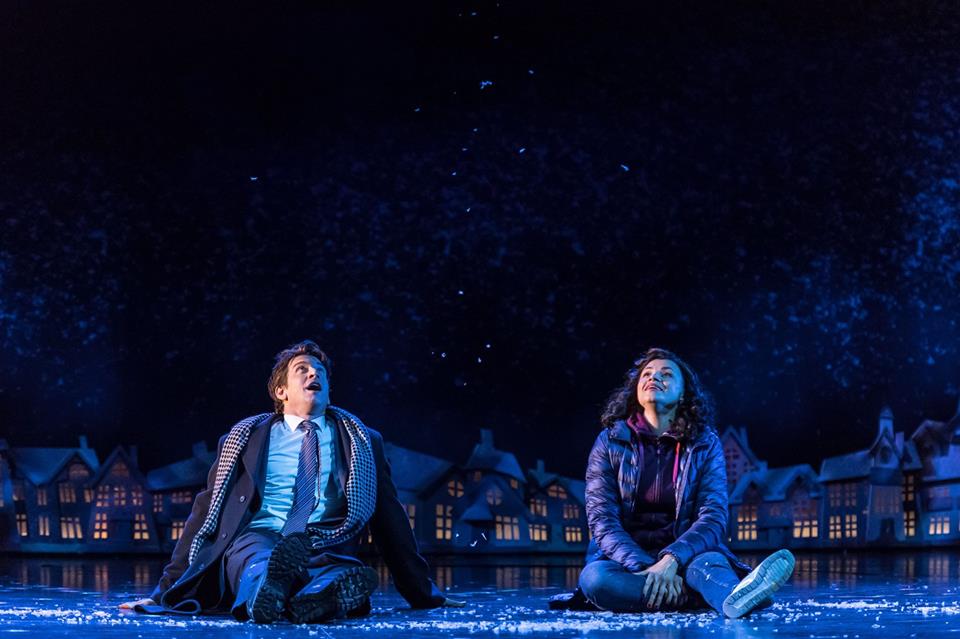 Groundhog Day at the Old Vic

It is always difficult to adapt something that is as ingrained in popular culture as the 1993 movie Groundhog Day, particularly when such a film’s very title and premise have entered the modern lexicon. The musical certainly had a large degree of hype behind it, not least owing to the news that the book and lyrics were to be developed by comedian and musician Tim Minchin (co-creator of Matilda the Musical). Thankfully, however, this is one of those rare occasions when the hype was entirely justified. Groundhog Day is a triumph of theatre, a wonderful adaptation that brings a much-loved film to life in a thoroughly inventive fashion. Dark and hilarious in equal measure, it is a musical you’ll want to see again and again.

Groundhog Day is the story of Phil Connors (Andy Karl), a cynical, misanthropic and generally grumpy Pittsburgh TV weatherman who is sent to cover the annual Groundhog Day festival in the isolated and small town of Punxsutawney, Pennsylvania. After retiring from a long day of coverage, he finds himself waking to the same morning again, discovering that he is caught in a time loop, forced to repeat the same day again and again and again. What follows are different versions of the same day, as Phil encounters the same social situations repeatedly, reacting differently every time with some great comedic moments. With him throughout the day is the same cast of characters, most notably the unlucky in love Rita (Carlyss Pear), a producer in Phil’s crew and the person Phil slowly realises he is meant to be with. Andy Karl does a superb job in channelling the spirit of Bill Murray into his performance, using sarcastic gestures and dialogue to great effect. In this, he is able to both illustrate his cantankerous side yet also retain a great sense of likeability. Carlyss Pear similarly gives an excellent and empathetic performance as Rita, showing great range in being able to shift from understanding affection to abject frustration in equal measures, as the same scenes are looped after one another.

Although the performances are solid, what really stands out in Groundhog Day is the book and lyrics, which seem intricately woven and meticulously crafted in a way only Minchin seems able to deliver. Ranging from a country-and-western style car chase to a dark commentary on the many ways one might off oneself, the pieces are often dark, other times touching and sometimes anarchically whimsical. Delivered at a fast tempo, some of the lines are sadly missed, but those lines that do reach the audience flow as smoothly as a melodic river.

Director Matthew Warchus also does an excellent job in making a technically challenging play seam together well. With the cast having to go through many, many costume changes and work around a complex revolving stage, it would be easy for mistakes to be made and some of the shine to be rubbed off Groundhog Day’s veneer. A few rough scene changes here and there aside, the set and ensemble otherwise present a terrifically well-oiled performance that is certain to both delight and mesmerise audiences.

With the tendency for the West End to rely on revivals or the return of older pieces, Groundhog Day is a breath of fresh air. Its strong performances and script coupled with a delightfully playful and inventive score make Groundhog Day a fantastic experience for both fans of its source material and newcomers alike. It is a musical not to be missed.