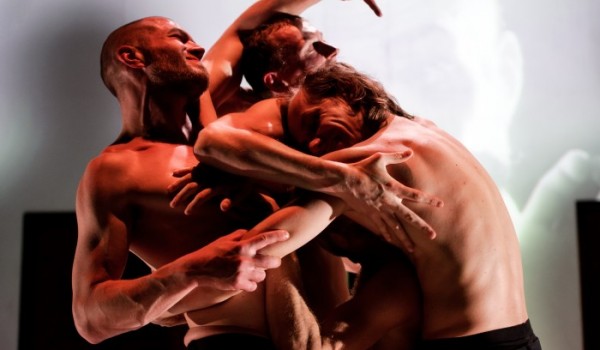 ‘The Pussy Riot performances cannot be reduced just to subversive provocations. Beneath the dynamics of their acts, there is the inner stability of a firm ethico-political attitude. In some deeper sense, it is today’s society that is caught in a crazy capitalist dynamic with no inner sense and measure, and it is Pussy Riot that de facto provides a stable ethico-political point. The very existence of Pussy Riot tells thousands that opportunist cynicism is not the only option, that we are not totally disoriented, that there still is a common cause worth fighting for.’ – Slavoj Zizek, 2013.

People are offended by Pussy Riot, the feminist collective famous for protesting in a Russian Orthodox church and being put on trial for it. I mean, my god, look at the comments under The Guardian’s review of Burning Doors. Look at them. I know I shouldn’t use one website’s comments as the microcosm, but these archetypal remarks are everywhere—blogs, national news sites, YouTube. You can play reactionary bingo with them: chauvinism, shown in the gendered insults; islamophobia, shown in the irrelevant insistence that a mosque-based protest would result in PR’s beheading; anti-Semitism, shown in their irrelevant questioning of why they don’t perform in synagogues and the insinuation that the group is an instrument of Zionist conspiracy; and dogmatic legalism, shown in the insistence that morality corresponds 1-for-1 with the law, because “you protest in a church, you pay the consequences.”

In artwork, our country’s viewing public wants familiarity and complexity, but not too much of it; too much familiarity makes something ‘derivative’ and too much complexity makes it ‘inaccessible’. Strange, then, when the form of something is both unfamiliar and simple, when its power comes from context. Clearly, form is defined by symbols defined by context, so when I mean form, I mean the barest bones of something; how something is perceived on a purely sensory level. Watch some of Pussy Riot’s protests. They look like shitty punk pieces. Their lyrics are basic and their choreography more so, but that’s the point. Because aestheticism (notice how they hide their faces for performances) would make people too comfortable. If they made catchy songs they’d end up in the top 40 rather than jail.

This all sounds like Political Theatre 101, but it’s interesting to compare Pussy Riot’s practice to that of the similarly dissident Belarus Free Theatre. BRT’s show at the Soho Theatre is about artistic dissidence in general, bringing together commentary on the treatment of performance artist Petr Pavlensky, Ukranian filmmaker Oleg Stensov and Pussy Riot member Maria Alyokhina at the hands of Putin’s government. What is political art for, and what makes it good? That’s what Burning Doors deals with.

And it does so with more formal flourishes than PR. Authored by Nicolai Khalezin, directed by him and Natalia Kaliada, Burning Doors is calculated to achieve grand effects in the confines of the Off West End. Comprising vignettes—violent physical theatre, straight satire, fierce polemics, a half-way Q&A session with Alyokhina—there’s no apparent structure yet, seeing it in the context of a London audience, there is: the play moves tonally from soft to harsh. It eventually shows drowning, nudity and onstage urination, though it’s glib to connect the harshness to these features; the stridency of Burning Doors comes from physicality.

Choreographers Bridget Fiske and Maryia Sazonava use simple, domineering action and repeat it until it’s equal parts entrancing and uncomfortable. Alyokhina is drowned in a bathtub over and over; backlit by blinding light, actors run and run at the audience while restrained by resistance training bands; a performer grapples another to the floor, until his victim gets up and he performs the action again and again. These moves aren’t jarring on their own—hitting and pissing would only shock a prude. No: the unrelenting force of these images, and sounds, one after the other without respite (well, almost entirely. I’ll discuss the play’s lulls in a bit) delivers just enough of an assault to the nervous system to become a call of ‘en garde’. These pieces invigorate, get us ready to fight so that, when we receive the declamatory argument, we’re receptive.

That openness is necessary for BFT. They advocate radical theory, not gradual reform, so the mind of an audience member has to be uprooted for big ideas to take hold. That’s why the primal event of two men wrestling each other for 15 minutes is necessary; anything less would cushion the impact. If you’ve read my coverage of the company last year, you’ll see similarities to Burning Doors’ clinal equal Price of Money, another attempt by the BFT at a dramaturgical earthquake. But this year’s production concerns itself with function. Consider my proposition that the radicalism of an idea should be proportional to the effect of its form on an audience (i.e., a play saying ‘trust is important’ needs no more than mild surprise, but a play advocating the collapse of capitalism should feel like a collapse of the soul). Burning Doors explores the idea that the greatest weapon of a corrupt state—Russia, Britain, any flawed system—is complacency, enforced through punishment and the joys of conformity. As the keyboard-warrior critics of Pussy Riot illustrate, facile and hateful arguments are just so easy; why would anyone want to disturb our comfortable world?

The play replies. The state of things: gas-lighting, false imprisonment, corruption, rape, the unimpeded march of neoliberalism—all are terrible, yet most terrible of all is cowardice in the face of possible improvement. It’s not that we should form a robotic resilience to all obstacles, but that we should be more aware and act from our awareness. Only then can we hope set a course for real freedom.

However, what should we specifically do? The play doesn’t say (although the Q&A suggested sending food and correspondence to Oleg Stensov while he remains in prison). This is why The Stage’s review of the play argues it lacks articulacy, but that’s a wrong call in two ways: first, if a play can engender the desire to seek action, it doesn’t need to have to outline the action itself; second, ‘articulacy’ suggests a demand for a more conservative theatrical form, like a drawing room play where characters explain their points of view in the most literal way possible and that, unless directed regietheater-style, would have no impact at all.

‘Articulacy’ could refer to Burning Doors’ formal failings. That’s fair. The production does dally in the beginning, warming up the crowd into the shriller scenes by tame physicality or lame parodies of Putin’s ministers. These parodies are especially sad because they’re the exact kind of facile humour that British audiences love to be unchallenged by. The complete opposite of the physical theatre. Also, as discussed earlier, the extended physical sequences should provoke reaction. What happens, occasionally, is that the barrage of hitting and grappling is so overwhelming that it drains us rather than riles us.

But why do I evaluate form? Pussy Riot’s performances are far less composed. The context is everything for them, whereas context seems less important here. Is that true, though? Protest isn’t always intuitive: some PR members splintered from the protest collective known as Voina in 2009, and Voina performed similar, albeit more transgressive, acts: throwing cats behind a McDonald’s checkout, shoplifting raw chicken via a member’s vagina, staging an orgy in a biology museum. But these never inflamed the Western press despite the arrests made. Maybe, then, PR does choose their form carefully, forming the perfect melange of symbols to anger governments and the win the hearts of the US and UK. Or maybe they’ve gotten famous due to factors beyond their control, perhaps through a Putinist plot to sanitise resistance by faking umbrage at Pussy Riot in order to hide the even more severe crackdown of seditious forces. Who knows!

Yet if mere loud protests can rankle Cossacks enough to beat PR members with whips and bludgeons, Belarus Free Theatre require a different tactic in London, where virtuosity and luck are what drive ideological influence. Counter-intuitively, if PR were to stage something similar to BFT’s professionalism in their home country, their protest would probably be neutered. Perhaps (again: speculation), their revolution would be co-opted by the regime to amount to a ‘beautiful’, but dead, form of protest.

There’s more to say. I don’t have enough knowledge to comment on the production’s wholehearted support of one side of the Crimean annexation. There’s also the issue that Burning Floors may not explain the incumbent government well enough; what is Russia actually like? Because my knowledge of the country mostly derives from British newspapers. Do Putin’s aides, for instance, actually wring hands over PR? I think there’s further fretting to be done, too, over the nature of political theatre, though I’m sure something will come up to prompt the debate again.

Whatever the play’s aim is, know that Burning Doors has got me extremely worked up, and that’s more than most do.

Burning Doors runs until 24 September at the Soho Theatre.