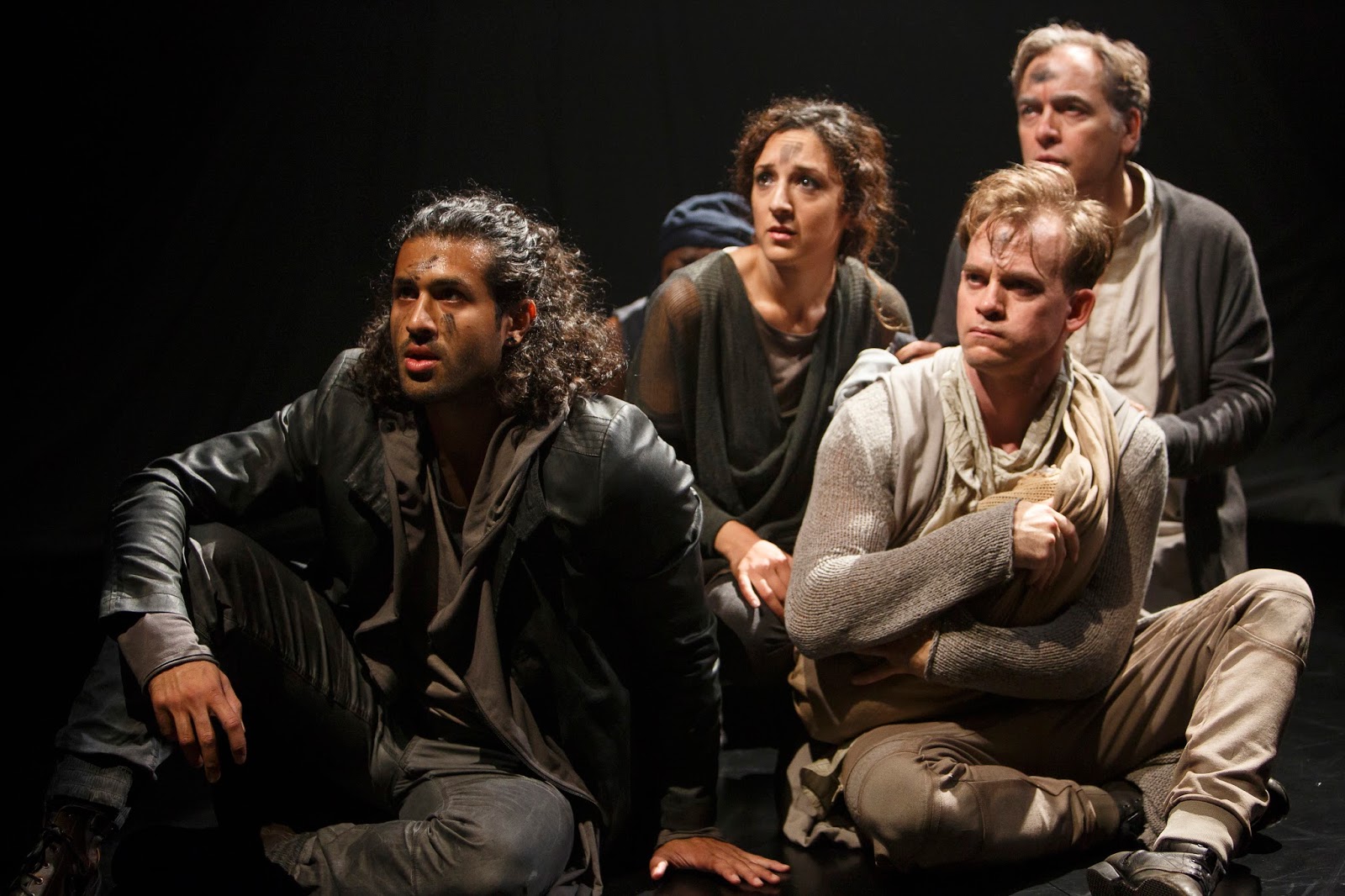 The Aeneid
Under the guise of greek mythology, playwright Olivier Kemeid (with translator Maureen Labonté) and director Keira Loughran have snuck an honest-to-god contemporary piece of full-length theatre into the Stratford Festival. A shamelessly modern story about the refugee crisis told through physical theatre (something you rarely see even in the studio) with a young, diverse cast, The Aeneid feels as out-of-place as can be in the same building as A Little Night Music and I mean that in the best way possible. It’s a jolt to the system, a piece as challenging and moving for its artistic presentation as for its story and performance quality, though both of those are top-notch as well, including another scene-stealing turn by Saamer Usmani (Stratford’s biggest “woah, who is that guy?!” discovery in a long time) and a long-overdue leading role for the dependably great Gareth Potter (who has been annoyingly undercast since Hosanna in 2011). If you’ve been feeling like Stratford is stuck lately (and who hasn’t?), see The Aeneid; your heart will hurt for a little while then you’ll remember how good it feels to see something at Stratford that makes your heart feel something.

Macbeth
The technical execution of this flagship production is astounding. Everyone knows what their job is and they do it correctly. Precision across the board. The transition into act three’s banquet scene literally draws gasps from the audience, the timing is so perfect you’d think this wasn’t live theatre. Which is exactly the problem- you’d think this wasn’t live theatre. There’s no humanity to this production, no connection, no soul. I appreciated the clan warfare aesthetic and how it played into the text’s toxic masculinity but, at the end of the day, I couldn’t tell how anyone felt about anything that was happening. Ian Lake and Krystin Pellerin look great together and speak the speech well but, if they have “takes” on Mackers and Lady M, I certainly couldn’t tell you what they are. I couldn’t tell you what anyone’s take on anyone was. I couldn’t tell you what motivates this Macbeth to kill this Duncan let alone what motivates this Malcolm to lie or this Seyton to serve or these witches to do whatever it is these witches do. It all looks great but it has all the human truth and personal insight of a Wikipedia plot summary.

The Hypochondriac
There’s a certain point every winter around Oscar season when the movie theatres fill up with films I’ve already seen. It’s this time in January and February every year that I find myself seeing things I wouldn’t normally see because they’re generally considered crass affronts to taste (hence the studios releasing them when movie-goers are too pre-occupied to get their hate on). So I saw Dirty Grandpa in the theatres. Hear me out on this, I do have a point. Dirty Grandpa was crazy stupid and full of really bottom-of-the-barrel jokes but it was fun in its way, if it caught you in the right mood, I guess. My current working theory is that if you took the Dirty Grandpa script and put it on at the festival theatre in period costumes and told everyone it was written by Molière, they would laugh hysterically. The Hypochondriac is 80% poop jokes and 20% dumb wigs but the crowd was killing themselves over it at the performance I attended. For my part, I enjoyed Ben Carlson’s deadpan Beralde so at least I had that. The last moments of the production when they re-enact Molière’s real-life mid-scene death is a totally out-of-tune tragic note for an audience that was otherwise loving it, confusing though I still find that fact.

See also: Breath of Kings & As You Like It (both of which I liked so Yay, Positivity!)