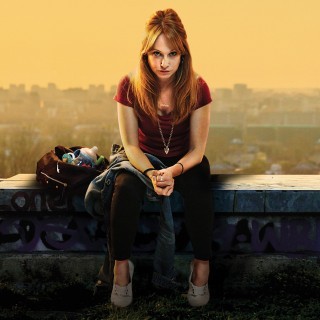 Fury at the Soho Theatre

Empathy is what defines Medea, a play that in its nervy, Hellenic way justifies filicide. Any adaptation will carry this legacy, from expressionism to the kitchen sink. Fury, by Soho’s resident writer Phoebe Eclair-Powell, goes working-class in a South London council estate through an inspired but patchy retelling.

It is not apropos here to seek one-to-one correspondences to Creon and Aegeus. Fury’s debt to Medea is the tragedy of immobility. Sam is powerless: no security for the kids, no social advancement. But immobility does not mean murder. Tom’s cruelty is impetus for the breakdown. It is flawed, though. His inner Ramsay Bolton (even monologuing while carving an apple with a paring knife) develops in leaps, spoiling the it-could-happen-to-you terror of his actions. He is the trope of a spurned lover—a savage reactor to sexual rejection. This is not necessarily offensive but the process is slipshod and dampens the realism despite Austin’s commendable efforts.

The soul of Medea is understated in its setting but there are clumsy choices to maintain the Greek pedigree. The chorus—Naana Agyei-Ampadu, Daniel Kendrick, Anita-Joy Uwajeh—fare far better as standalone parts and their collective movement, an attempt to energise the language, distracts from the narration. Somewhat galling, their info-dump does not give Sam much opportunity to speak. The chorus narrate to us her thoughts. Perhaps intentional to have others talk for her, this nevertheless fails to work in a production trying to open up the female voice. It creates a further problem, still, as Ridgeway’s performance is extraordinary: a rocky balance of grouch and charm that screams for more development. Her character’s escalation is essential because Fury, keeping some fidelity to the original, has an expectation of ultraviolence. Medea is a play where a mother kills her children; looser adaptations need not follow this path but something climactic is at least expected. With a short running time and too much choral fluff, Sam’s bloody breaking point is unrealistic. Empathy fails in spite of Ridgeway’s success.

With adaptations the name of the West End’s game right now, it is reassuring to have a modern, relevant setting without the thing feeling forced. It lacks a potent build-up, yet Fury is coolly unslavish to its source, a decent shot of anger aimed at an unfair modern Britain.