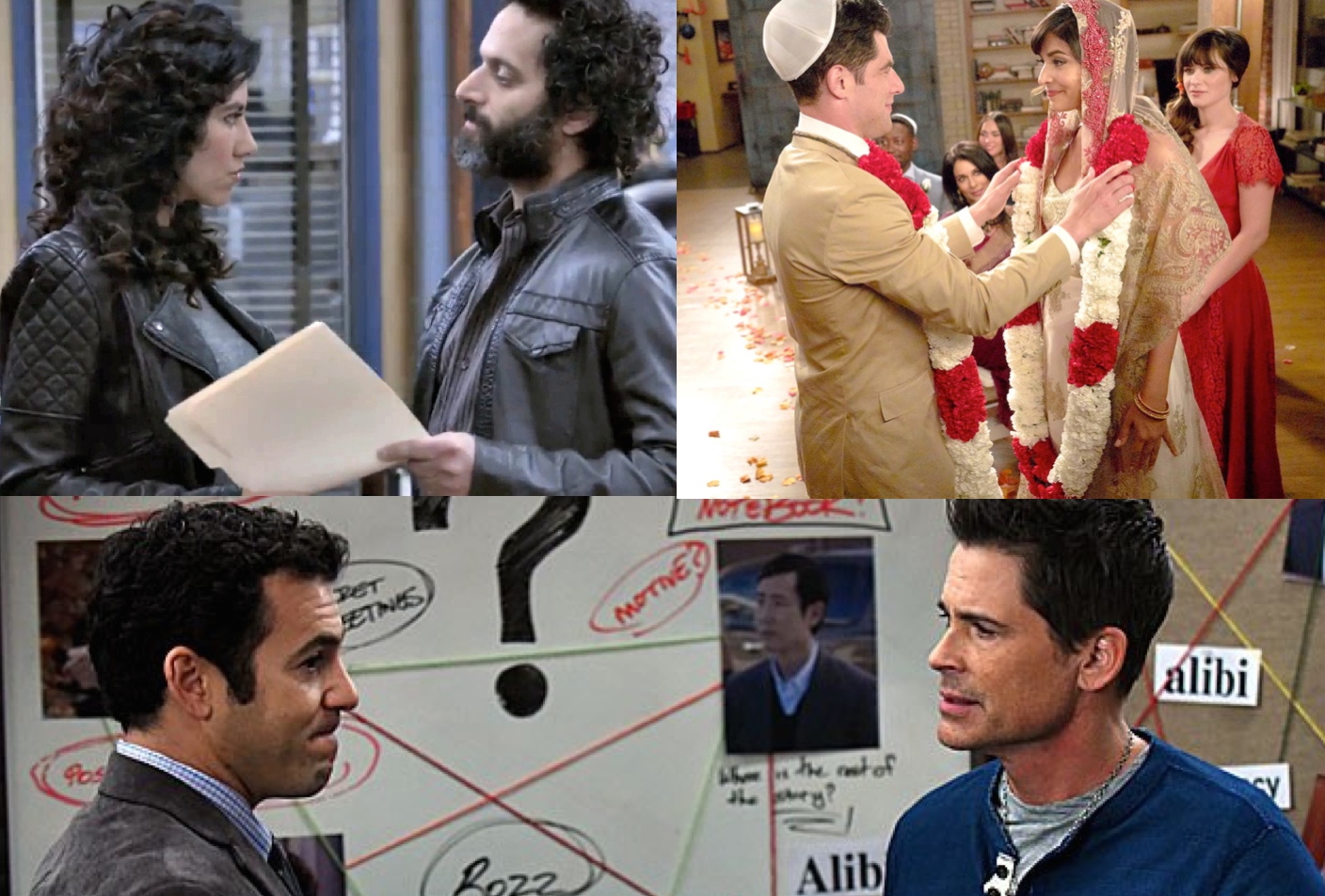 What We Watched: FOX

Here’s what I watched on FOX this year and how they did:

New Girl (season 6 coming this fall)
My erstwhile favourite show has been on the skids the past couple seasons but it found its voice again in its fifth year, delivering its best season arguably since the near-perfect season two. A wonky schedule (midseason placement, lots of double episodes) and a considerable number of weeks without leading lady Zooey Deschanel (who was on maternity leave) were obstacles that easily could have dragged the show down but Liz Meriwether and crew just made those things work for them, because that’s how you do it on network. Because you have to, because nobody cares that you want your precious little passion project to be perfect, or else; you get the work in on time, on the schedule they give you, under budget, within FCC regulations, end of story. The history of television is riddled with moments when these ridiculous, often debilitating, demands have resulted in pieces of great creativity and, ultimately, better TV than what would have been created were no obstacles thrown in the producers’ way for them to turn into opportunities. So New Girl sent Jess to jury duty, let Megan Fox remind the world that she’s far more interesting than you remember, gave Nick a serious growth arc and, in Jess’ absence, finally found time to devote to CeeCee. Jess returned to a loft full of evolving characters and a season spinning quickly towards the series’ first real major move into permanent adulthood- the wedding of CeeCee and Schmidt. The show capitalized on the awkward double episodes to play with structure and do cool things like tell a bachelor/bachelorette story from two perspectives in back-to-back episodes covering the same timeline. Every character (yes, even Winston) braided into the season perfectly and the show not only found the funny again but it found its weird, semi-sad, big-hearted voice.

Brooklyn Nine-Nine (season 4 coming this fall)
You know what? All in all, FOX did okay this year. I mean, I’m only talking about three shows in this article and one of them they cancelled for no reason (more on that in a moment) but both New Girl and Brooklyn Nine-Nine had seasons that were, if not series-best, definitely up there. They were the two best live-action network comedies this year and that’s far from nothing. Bringing in Jason Mantzoukas as the lynchpin of their first real season-long (multi-season?) arc, Brooklyn Nine-Nine upped the ante and delivered its best episodes yet. The one-liners were priceless (you’re right, Holt, Mahler WAS the original punk rocker!) but it was the long-form setups, solid character storytelling (I’m loving Jake and Amy as a functional couple the series appears to have no real interest in breaking up because of archaic Sam & Diane rules), and heightened stakes that really made this season work. That and the insane cast chemistry that has made this show special from day one. Brooklyn Nine-Nine might be the safest bet on TV- an easy half hour that’s consistently clever and nearly impossible to hate, no matter your tastes.

The Grinder (bizarrely cancelled after one season)
I give up. There were a few cancellations this year that broke my heart (Nashville, Undateable, Galavant), but this one just genuinely confused me. The Grinder was great- a perfect blend of the savvy, self-referential freshness that marked FOX’s 2011-2013 comedy resurgence and the older-skewing, people-pleasing, sort of CBS-y safe material that network executives so foolishly adore. Dependable star frontman (Rob Lowe, can’t lose), familiar archetypes (the straight man, the hot co-worker, the goofy dad), classic TV setting (law firm) AND it was clever and consistently really damn funny (which critics were noticing! The audience was on its way!). The only possible reason I can come up with to cancel The Grinder is if its fate was always tied to sharing a programming block with dud Grandfathered. If we’re cancelling good shows become some other show was bad, we’ve got a serious problem here, people.

*Animated shows will be covered in a separate article though I honestly think there’s only one in that FOX block still worth watching (Bob’s Burgers, easily one of the best network shows currently on air).

*I also watched the final season of American Idol though I’ve been struggling to put into words just how end-of-an-era it feels. Eventually, I’ll publish a full write-up on the whole season and the emotional finale.