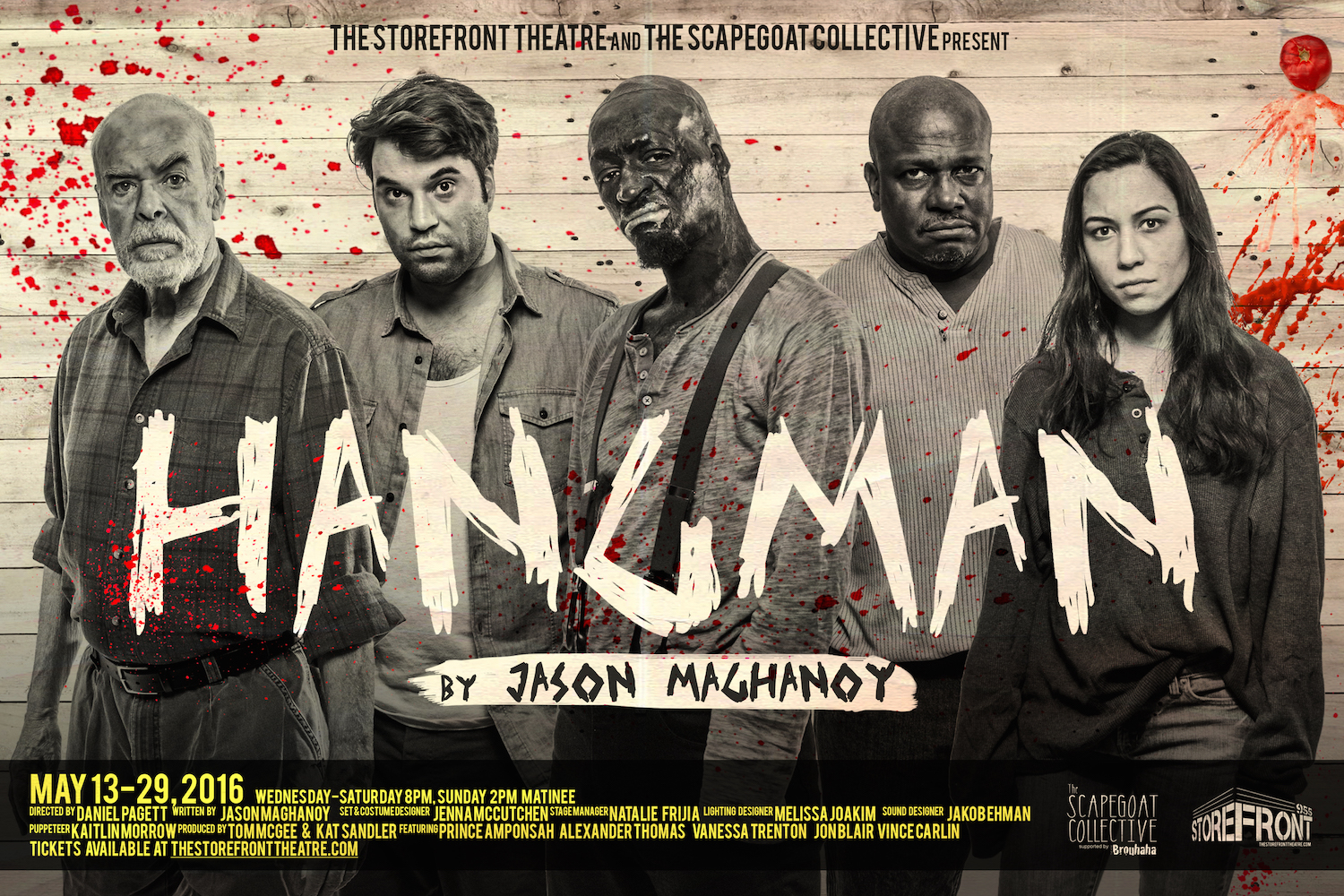 The latest production at the Storefront Theatre is a stop-and-go situation. There are long swaths where I struggled to stay engaged; meandering monologues from playwright Jason Maghanoy’s broad characters in a time and place surprisingly ill defined considering the seeming importance of time and place in Maghanoy’s underdeveloped story about an outlaw unsuccessfully hanged. It’s slow going, a quality not helped by the dreaded blackout set changes.

But Daniel Pagett is a director with ideas. Ideas he’s not afraid to implement even if they’re strange or messy or could potentially go very wrong. That sense of artistic adventure is key to indie theatre and it makes Pagett’s productions interesting even when the text leaves something to be desired. Here the creativity began with casting where, instead of signing on for the standard wrapping of hands to show that they’ve been cut off, Pagett enlisted double amputee Prince Amponsah for the role of damned man Alistair, making room for the production’s riskiest innovation in the scenes before Alistair’s hands are cut off. Said innovation relies on the remarkable precision and strong instincts of the show’s MVP Kaitlin Morrow who plays a little boy, a horse and a rat through beautifully executed puppetry. A clever but distancing effect applied to all of the play’s most violent acts takes pressure off the poorly executed fight choreography but points to the overall dichotomy of the production- while Pagett’s bold directorial ideas engage the mind, only Amponsah’s understatedly sad performance particularly stirs the soul (specifically, the moments of song are packed with ache and delivered beautifully).

Hangman is far from perfect but Morrow, Amponsah and Pagett give it thoughtfulness, heart and guts and that’s more than worth the price of admission.