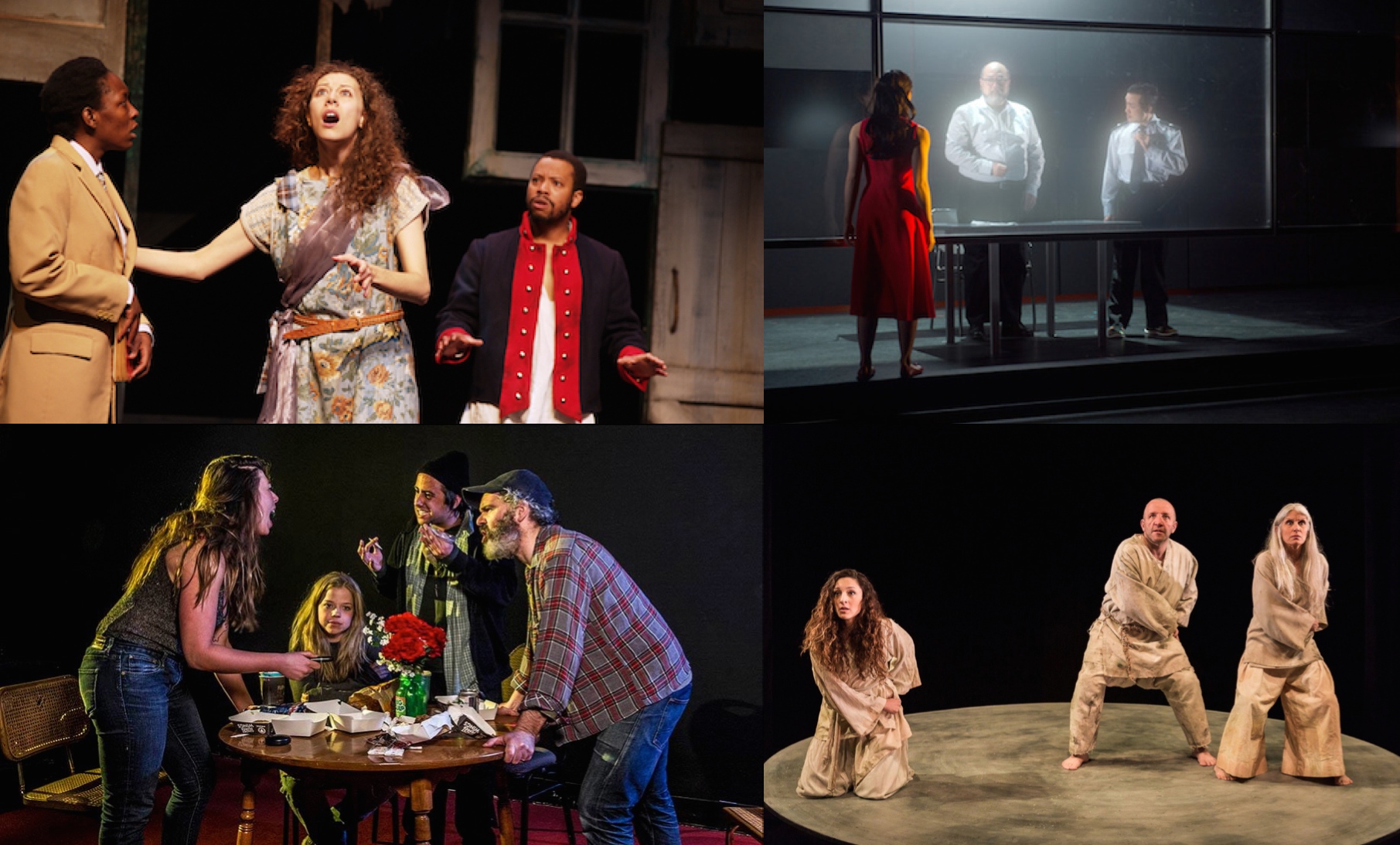 On Stage in TO: The Accent Apocalypse

I hate plays with fake accents. Unless your name is Oliver Dennis (or you work at the Shaw Festival), your British accent is not as good as you think it is and I’d really rather you just not use it. And a British accent (usually a posh one, sometimes cockney) is the accent most Canadian actors are best at. Three of the plays I’m about to discuss are massively hindered by their lofty accent demands (the other uses the actors’ natural accents but I’m throwing it in here anyway to get it out of the way because I’d like to forget about it as quickly as possible). One Brit, some Chinese people, a handful of Texans and a family of Bajans- all played with distracting effort and indistinguishable consonants by Canadian-accented actors, most of whom are known to be way better than these performances would suggest. Mired by difficult accents, the performances become presentational, stiff, as if the actors are concentrating so hard on keeping their vague regional eccentricities from wobbling (they do not succeed) that they’ve lost their usual knack for emotional truth and character nuance.

So I’m getting that disclaimer out of the way right off the top- there is terrible terrible (and some passable but still distracting) accent work in all but the last of these plays and they all suffer dramatically for it. Now that that’s out of the way, here’s what’s left (it’s, sadly, not much).

Up the Garden Path (Obsidian Theatre Company)
Developed in the Cahoots Theatre Creators’ Hot House, Lisa Codrington’s Up the Garden Path tells the story of a young woman who takes her injured brother’s place and leaves her family in Barbados to start a new life working on a vineyard in Canada. Combine that incredibly interesting premise with a cast of top-notch names (the great Arlene Duncan and rising stars Marcel Stewart, Virgilia Griffith among them) and Up the Garden Path makes promises it doesn’t come close to keeping. What holds the potential to be a beautiful, personal drama is just an outlandish farce with occasional nods towards something deeper. Alex McCooeye mines some great moments both funny and sad out of the only character in the text who is more than one thing but poor Sochi Fried is trapped by her character’s irritatingly hyperbolic enthusiasm (though you have to applaud her full commitment to the ridiculous role). Marcel Stewart plays a ghost. No, I don’t know why there is a ghost. Up the Garden Path is the kind of play with a random ghost; that’s really all you need to know.

Chimerica (Canadian Stage)
The good news is that director Chris Abraham staged this dull, long, predictable Canadian Stage showpiece very smartly, using Judith Bowden’s imposing set and his versatile ensemble to create fluid, world-building transitions. The bad news is that, early in act two, the great Laura Condlln delivers a knockout power point presentation and there isn’t a single moment in the entire rest of the play that is halfway as interesting. Apart from that one monologue, Condlln’s character exists mostly as a humanizing counterpoint for Evan Buliung’s ill-defined protagonist and double casting and misdirection keep the rest of the characters at a frustrating distance. Every point playwright Lucy Kirkwood makes in Chimerica– every cultural catch 22 and sad, fascinating reality- is in that powerpoint presentation. The other 170 or so minutes are prettily staged filler.

Killer Joe (Coal Mine Theatre)
Definitely the best production on this tragic list, Coal Mine’s Killer Joe is strongly executed across the board with an excellent cast. I particularly liked Madison Walsh as stepmother Sharla- an engrossing mix of self-conscious sexuality in a short skirt and blue collar sincerity in a Pizza Hut uniform- though Matthew Edison’s much-touted performance as the titular hit man felt a little too archetypical. But despite its general competence, what didn’t sit well with me about Killer Joe was its purpose in the Coal Mine season, or in the larger theatrical landscape. It’s a portrait of dark, broken people who do terrible things partly out of socio-politically revealing desperation but mostly because they’re cruel, silly, bored people. It’s brutal and cynical and doesn’t teach us a thing we don’t already know (I suppose the shock factor of the play’s brutality was once somewhat valuable as an eye-opener but, tragically, in 2016, it would be more shocking if the play’s women were Not abused). There are so many wonderful plays in the world; if someone could please give me a reasonable explanation for why this one deserved the Coal Mine’s efforts, I’d really appreciate it because I left the theatre still searching for the point.

The Death of the King (Modern Times Stage Company/The Theatre Centre)
This dramatic one-act is only 90 minutes long but it felt interminable. Every single performance was overwrought and, though Trevor Schwellnus’ set was intriguing and the lighting and sound design strong (Thomas Ryder Payne, of course), the production had the vague storytelling and self-important grandeur of college theatre with none of the infectious energy.

Toronto theatre isn’t having its best month. I choose to blame the accents.