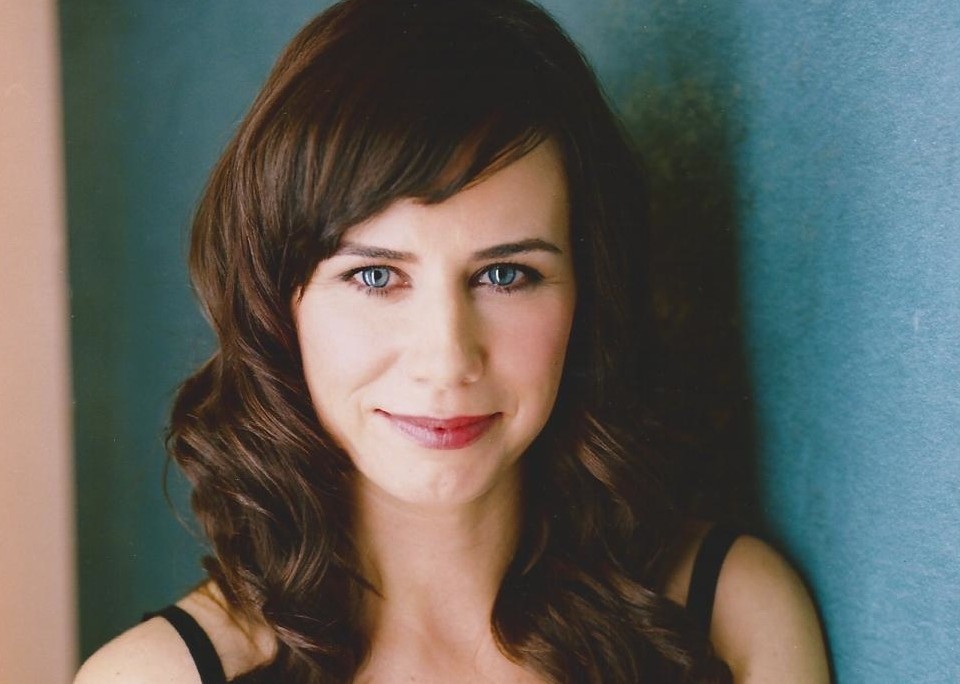 One of Toronto’s most lauded actresses, Michelle Monteith is one of only three artists this year to receive a nomination for the same category in two different divisions (the others are Ravi Jain for direction and Michael Gianfrancesco for design). As a grieving mother (Tarragon’s Waiting Room) and a tortured survivor (The Theatre Centre’s Butcher), two-time Outstanding Actress nominee Michelle delivered two massively impactful and totally different star turns in 2015.

Can you remember your first experience with theatre?
I was an incredibly shy kid. But I was a good reader. So my teacher cast me as the narrator in a school play in grade two, I think. Somehow being given words to say, I wasn’t shy onstage. My mom couldn’t believe it was me. I think the theatre helped me find a voice.

How did you develop your skills as an actor?
I was an avid drama student in high school. I had an amazing teacher who instilled in me both a deep work ethic, professional level rehearsal process and a belief that it was possible. A great combination. Then I went to uvic and studied acting at the program there. I desperately wanted to go to nts but never got in. But I had a huge and important mentor in the late great Bill Glassco who encouraged me beyond belief and  gave me my first significant job. Because I felt insecure about my training, I promised myself that I would never stop learning. That I would always be curious, always have a beginners mind. Each day is an opportunity to work on my skills. It’s a life’s work I think.

Your first MyTheatre Award nomination was back in 2011 for your performance as a disturbed you girl in Hannah Moscovitch’s Little One. What are some of your strongest memories of that play?
Terror. When we started it at Summerworks I remember there was a lot of buzz and expectation about the play and also the reunion of the 3 M’s- Moscovitch, Mytnowych, Monteith. The first audience was packed and I had to speak right to each of them. We had no idea how the show would connect with people. But it felt like a high wire act. Exhilarating but terrifying. In fact I never stopped being scared.

You starred in last year’s Outstanding Production winner Of Human Bondage at Soulpepper as a woman who breaks Gregory Prest’s heart (over and over and over again). How did you find the humanity in Mildred and get a handle on her motivations?
I know people hated her. I felt it every night. But I tried to let it feed me. I tried as best as I could to fight for Mildred. For her point of view. For me it was easy in a way. I saw her as a woman trying to survive in a time where she had very little to support her. I saw her as a deeply damaged person. A person who’d never really been shown love so the idea that someone could love her, could actually see value in her was impossible for her to fathom. Hurt people, hurt people. That made me love her. She was vulnerable and lost and scared and alone. We behave badly when we are that afraid. I believe she did love him. But she also hated him for loving her.

You’re nominated as Outstanding Actress in two different productions this year. Let’s start with Butcher. How did you get involved with that production?
I auditioned in Toronto for the Alberta Theatre Project’s production in 2014. I got the part and was a part of the original production. Then was asked to be part of the Toronto production. Lucky me!

Many of the lines you speak are in an invented language called Lavinian. Was it difficult to master?
It was tricky but we had an audio recording of the creators of the language reciting it for us. They have seen both productions and said we were much better the second time. That’s no surprise. It takes time for something like that to get into your bones.

Butcher is full of mysteries and twists so we’re going to throw out a *spoiler alert* so we can ask about playing a character who is playing a character. Were there any hints about your true identity that you put into the first half of the play?
Weyni [Mengesha, the director] is one of the smartest people I know. She directed the play with razor sharp specificity. There was no room for any hints. It was one of the trickier parts of the play. We had to learn that the story was much more important than any reaction our “real” characters had to say, ie seeing the butcher for the first time. I had to make my character a better actor than I am. If you see the play again you can see some clues, which is part of the brilliance of Nicolas [Billon]’s writing. But they are subtle. You have to be convinced the story is unfolding at face value. It was thrilling.

Did you do much research into the kinds of real-life atrocities that inspired your character’s backstory?
I did a lot of reading about victims of sexual violence and focused particularly on shame and what it can do to a person if not taken care of. For me the whole play (from my character’s perspective) was the fight to be seen, to cease being invisible. To be understood. Part of the backstory for me was when she is brought to the tribunal to tell her story. The tribunal heard the horror she survived yet they still let the perpetrators go. Peace was more important than justice. Having the courage to speak up and then have that pain ignored. That’s what fueled her.

What were some of the most important conversations you had with your director in developing your interpretation of the character?
She calls herself an instrument. We talked about what she went through to get to this place. How justified her actions were in her own mind. Weyni really pushed me not to be soft. To not be afraid of her rage. We talked about what it was in me that made me want to do this play. We all had personal reasons why we were doing it.

The entire cast of Butcher is nominated for MyTheatre Awards this year. Tell us about working with them.
I love each of them. Their commitment to the story. Their dedication. The ensemble effort it took to do the play each night. The support we had for each other. The feeling that what we were doing had something to say. And also the humour. Oh my god did we laugh. I think we had to. It kept us sane in a very hard world.

Did you have a favourite moment in the production?
There are many. The reveals were thrilling, both of who I am and what the butcher did and how I prove I was the one. The ending was very important for me too. We worked so hard on finding the right balance. For me, it was a reminder of the little girl inside the character. That she’s still there somewhere. There could be a release of sorts for me as an actor.

Butcher was part of a new producing model at the Theatre Centre that bundled three productions in one ticket price. Did you happen to see either of the other productions in The November Ticket?
I saw them both. I was very honoured to be a part of that programming. Working at the Theatre Centre and with Ravi [Jain]’s company Why Not Theatre was incredible. So much support and encouragement and the work has a real voice. Can’t believe how lucky I was to be a part of it.

Your other nomination this year is for the world premiere of Waiting Room at Tarragon. What was it about Diane Flacks’ script that attracted you to the role?
I did a workshop of her beautiful play when I was 34 weeks pregnant. Yes. Wow! I said yes to the workshop before reading the play. When I was reading it the night before, I panicked. I can’t do this play. It’s too hard. Too scary, especially while being pregnant. I could barely read it. But I felt obligated and it felt it was too late to say no. But I’m so glad I did it. It was hard. But so honestly written and so raw that all I had to do (in a way) was feel my feet on the ground and say Diane’s words and keep breathing.

Tell us about working with Jordan Pettle as your fellow distraught parent.
Oh my goodness. It was a dream. He’s such a sensitive, perceptive and generous actor. Each night we met each other in that hellhole of their reality and we just tried to talk to each other.  I loved every second of my time onstage with him.

Did the script change much throughout rehearsals? How did director Richard Greenblatt’s vision of the play shape the final product?
I don’t think there were many changes. Diane worked really hard on the script in a variety of workshops. There were only minor changes once we’d started rehearsals.

Richard Greenblatt encouraged us to fight for the light. That’s what we do as people everyday. We fight the sadness. We worked on that right up until the end. It was a great lesson  onstage but more importantly, in life.

It’s an incredibly emotional piece. Did you hear from any struggling parents in reaction to the play?
I heard from some but I think it was Diane who got a lot [of] email response particularly because a lot of people from SickKids [Hospital] saw the show.

Is there a moment from that play that sticks out in your memory?
Just love. It was such a loving group of people.

What’s your favourite role you’ve ever performed?
I have loved each role for different reasons. I don’t think I could pick one.

Do you have a dream role you’d like to play one day?
Yes!

What are you working on now or next?
I’m about to start work on Heidi Chronicles at Soulpepper directed by the extraordinary Gregory Prest. It’s a wonderful cast with some of my most favourite people and actors.  I’m very lucky.

Do you have anything you’d like to add?
Thank you for giving me this opportunity to think about my experiences on these plays!  And it is so great to see so many wonderful artists work recognized and honoured.