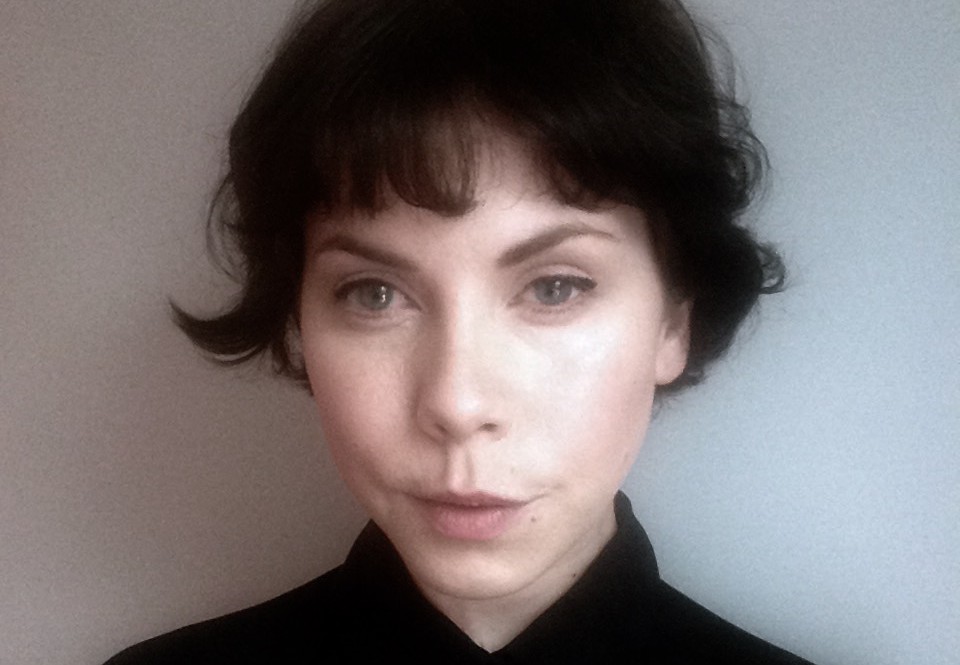 The Outstanding Design-nominated team for the absurd, immersive, ambitious Mr. Burns consists of three major players: Ken Mackenzie (set), Lindsay Junkin (costumes) & Evan Harkai (masks). As the production’s costume designer, Lindsay had a particularly tricky job- interpret the classic Simpsons looks through a post-apocalyptic lens and create a sort of religious iconography suggested by the way the characters would be remembered several generations after the last episode was viewed. Somehow she nailed it.

Can you remember the first theatre production you ever saw?
I saw a few different community theatre and school productions growing up because my sister was often acting in them. One of the first one’s being my high school’s production of The Bald Soprano. It probably explains why I’m so into theatre of the absurd.

How did you get into designing?
I stumbled into getting involved with Unit 102 Actors Co and their theatre by chance. I had gone to school for sociology and rhetoric around the body, pursing a career in disability advocacy but was realizing that what I loved about that field wasn’t as large of an aspect of it as I had hoped. I love personal narrative, I was always adept at visual story telling and making myself costumes or adapting clothing was something I was always naturally interested in. I felt like I had found the place where the things that really drive me could come to fruition. Where I understood who I was and my talents more clearly than ever.

What was the first show you ever worked on?
Originally I started getting involved more as a Stage Manager and my first production was Unit 102 Actors Co’s Phyro Giants. But my first major costume design was Unit 102’s Julius Caesar.

How did you get involved with Mr. Burns?
I met Outside The March’s Amy Keating and Mitchell Cushman when I was assisting on Talk is Free Theatre’s production of I, Claudia. They are such inspiring and supportive artists and we all really hit it off. About a month later Mitch and Simon Bloom approached me to do the costumes for Mr Burns: A Post-Electric Play.

Tell us first about developing the design concept for the show. What were some of the things in the script that inspired you most?
Mr. Burns as a script was already so rich with conceptual elements, our design meetings became a really fun exploration around the ideas of what cultural products would evolve and what new meanings would everyday objects take on. This was right up my alley. I am so inspired by the modularity of items and to get to design an entire show around the evolution of use and meaning was such a challenge and gift.

The costumes in act three are particularly interesting. How did you go about adapting the classic Simpsons outfits for their post-apocalyptic approximations?
When I thought about how to evolve what we know as the classic Simpson looks, I first considered what made each look distinct. What would be the first characteristics I would use to describe them to someone who didn’t know of the show? This gave me some base characteristics I wanted to focus on and play with. I was then inspired by the way two dimensional shapes could be translated into structure and how I could bring in objects we know but that could be misconstrued in a future that didn’t have that context. What items do we encounter that could become these odd artifacts of tomorrow? How would Coca-Cola labels, USB cubes and camping gear be used in different ways? The entire show presented such a unique, insightful look at how these items would possibly evolve in peoples’ understandings and that really inspired the visual storytelling.

Do you have a favourite moment from the production?
I have so many favourite moments from Mr Burns. In a lot of ways each act was its own show, aesthetically and in tone, so each act has moments that I absolutely love.

What would you say is your top priority (either artistic or practical) in any design project?
One of my top priorities when I approach a design is to create items that have a transformative quality to them. I mostly create costumes through recycling and adapting pieces; it’s an artistic challenge that really excites me. So to take a garment and then adapt it for a show, but then for that piece to also change utility in front of an audience is an aspect I really try to bring into each design.