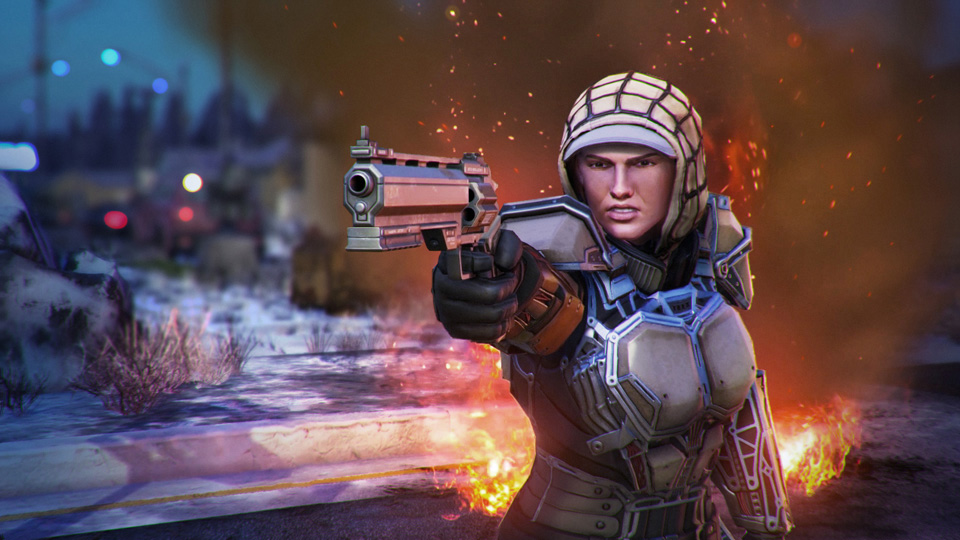 Brutal, frustrating, challenging, heart-breaking and joyous are just some of the adjectives that best fit the follow-up to the acclaimed tactical turn-based sci-fi strategy game, XCOM Enemy Unknown – a game which I actually count as the best game of 2012 (Sorry Mass Effect 3). On the one hand, rarely have I uttered the phrase “Oh, for [expletive] sake” so much in a video game. XCOM 2, at times, almost seems to rejoice in your failure, stacking the odds so highly against your rag-tag group of freedom fighters that it almost feels like victory is nigh-on unobtainable. Conversely, there are few highs as long-lasting and glorious as making it through a mission unscathed with not one alien successfully making even one small plasma-induced hole through any of your soldiers. Such is the wide-range of emotions XCOM 2 brings about. However, in a Dark Souls-esque ‘I kind of want myself to suffer’ kind of way, XCOM 2 is a truly fantastic game which, technical flaws aside, stands out as a game to beat in 2016.

Story-wise, the game firstly assumes that, contrary to whether you actually won during the last game, the Aliens ultimately won regardless and the original ‘XCOM’ team was defeated, feeling into hiding as the sinister Orwellian ‘ADVENT’ puppet alien-human government came to power. Beginning with a tutorial during which the team rescues the player-character (the ‘Commander’), what follows is around a 30-hour long campaign, in which ‘XCOM’ attempts to re-build itself and connect resistance forces across the planet. What is immediately different from the original game is that the focus, this time, is on guerrilla operations, attacking sensitive parts of the ADVENT war-machine to secure supplies and intel (the game’s two currencies) and delay the ever-present doomsday clock – progress on the ‘Avatar Project’.

In this vein, several new game mechanics have been introduced, and are largely positive additions to the franchise. Your team now starts every mission in ‘concealment’ mode, whereby they can move freely without detection so long as they avoid the line-of-sight of alien enemies. Additionally, the class-system has been refined, with the ‘Ranger’ now sporting a handy sword and the ‘Specialist’ using a fancy new drone, with which they can hack into enemy robotic enemies, potentially turning them against their allies. XCOM 2 also makes greater use of the ‘limited turns’ mechanic first introduced in the original, requiring your team to reach a certain objective within a limited number of terms. While this may prove frustrating for the more methodical of us who like to move at a safe, but slow snail-like speed, this mechanic adds an arguably necessary sense of urgency, requiring the player to make calculated risks in order to reach the objective before time runs out. The base-building has also been simplified, to its betterment. Now, rooms can be upgraded and some built-items are built for the entire team, not just individual soldiers. This removes that annoying grind feeling in accruing enough supplies to kit out each of your team with plasma weapons or better armour.

Despite a number of changes, many features remain in this sequel, including the ability to customise your team to reflect your friends, family or anyone you choose, really. You could, for example, create the original line-up of One Direction, if you so choose. However, this probably isn’t the best idea if you’re a bit of a 1D super-fan and don’t want to see Harry Styles and Louis Tomlinson mercilessly picked off and splattered across the virtual asphalt by far more well-equipped (at least initially) alien goliaths, because that is almost certainly what is going to happen – a lot. Indeed, the perma-death feature from XCOM is back, meaning any soldier that dies in combat stays dead, and all the progress, time and effort put into that character’s development is lost with it, meaning you either have to use a replacement or recruit a new rookie for the next mission. This is the bulk of what makes XCOM 2 such a challenging game, at least in the first third or so. When first beginning the game, I was filled with an air of confidence. After all, I’ve completed the original XCOM at least three times, and its expansion-pack Enemy Within a further couple of times. I knew how the cover system works and how to methodically move soldiers around to avoid the dreaded ‘alerting enemies on the final move’ risk of the first game. I thought I was pretty set. Yet, I lost many soldiers during the first few hours; around 2 a mission on average at first. Now, it may be that I’m just not as good as I think I am and that is probably true, but I think it is pretty fair to say that XCOM 2 is merciless and brutal, with a very steep curve for anyone starting off. This curve soon flattens once your soldiers progress to much higher ranks and better weapons/armour become available, but the initial steepness may be off-putting to those new to the franchise. In fact, the game almost becomes too easy around half-way through, since the class-specific abilities are often almost over-powered and it soon becomes more a case of working out how best to set up your multi-kill-capable sniper rather than the desperate, sometimes sacrifice-requiring style of the first half. However, this doesn’t detract too much from the game’s enjoyment, since there is always the possibility of walking your team into a blender if not enough thought is given to a particular move, while the ‘Ironman’ save-prohibiting mode adds a real challenge to anyone looking for a particularly high level of difficulty.

XCOM 2 may be difficult, but with such difficulty comes a great sense of elation as each mission is completed and the story progressed. While the depths of failure are many and deep, it is only by experiencing these lows that one can appreciate the highs. By the campaign’s end, the player certainly feels like they have had to work for it, fighting the odds all the way to come out on top. XCOM 2 is a worthy successor to its superb predecessor, providing a real challenge with real pay-off throughout. It is a shame that this experience is slightly marred by an unstable and choppy frame-rate throughout (a complaint that is not just limited to my own system, but seems to be shared by many, some of whom have far more superior rigs to my own). Nevertheless, XCOM 2 is a superb game that warrants the attention of anyone looking for a challenging, yet rewarding strategy game. To all those thinking of embarking upon this campaign, I can only wish you good luck, Commander. You’re going to need it.