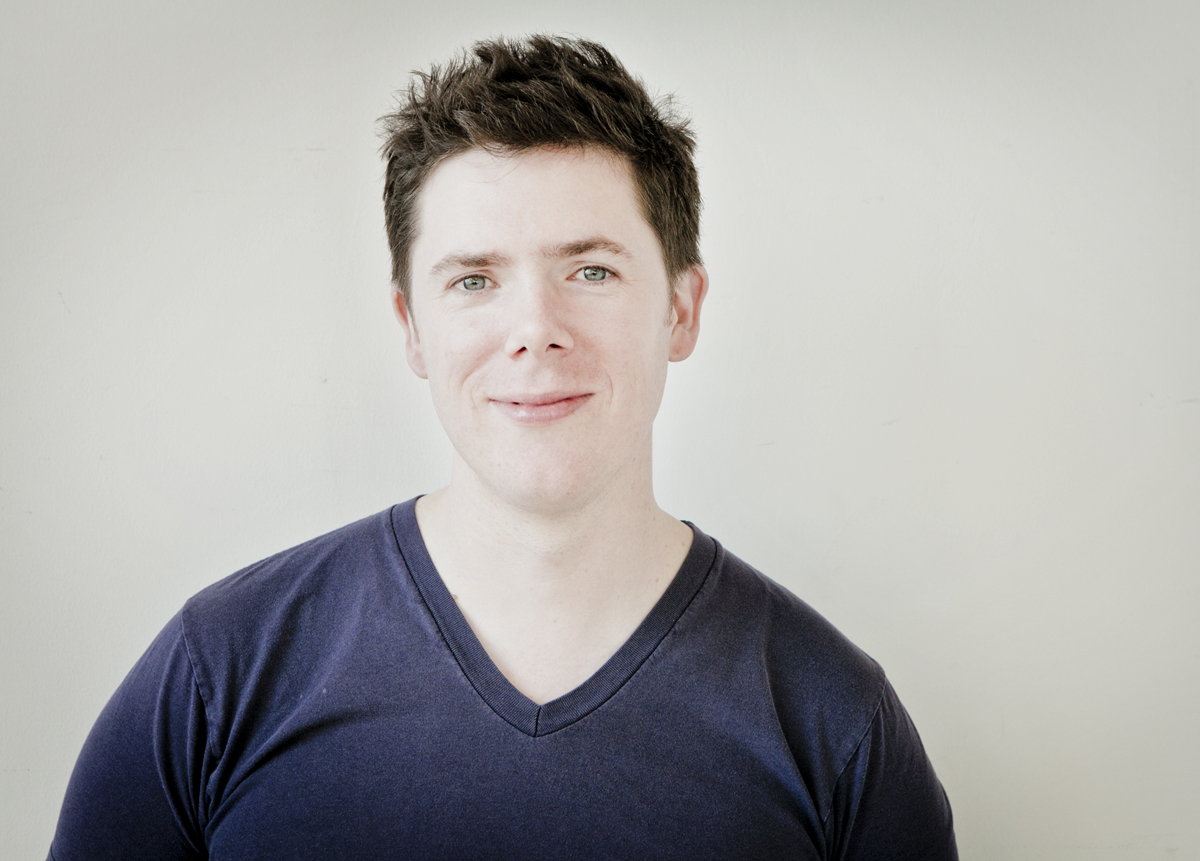 After winning Best Actor in 2013 and Best Ensemble in 2014, we had to talk the always delightful Damien Atkins into joining the Nominee Interview Series a third year in a row. He feared the readers had had enough of him. After seeing his hilariously silly and touchingly human performance in YPT’s new Jacob Two-Two, we knew that couldn’t be true.

In addition to Outstanding Performance in a Musical, Damien is also nominated once again for Best Ensemble for his work in Mr. Burns: A Post-Electric Play.

Catch us up on what you’ve been up to since we last spoke for the 2014 Nominee Interview Series.
Hmm. Well, I was in Montreal premiering my new play We Are Not Alone (directed by Chris Abraham and Christian Barry). And then I came home and did the final round of judging for the Merman Voaden National Playwriting Award. The final judges were John Murrell and I – it was a huge thrill and honour to work with John and talk to him about playwriting. Then I did the brilliant play Mr. Burns with Outside the March, directed by Simon Bloom and Mitchell Cushman. And then Jacob Two-Two Meets The Hooded Fang, directed by Jen Shuber and Allen MacInnis. Apparently it takes two directors to wrangle me, because I haven’t done a show with a single director in a while…

How did you get involved with Young People’s Theatre and Jacob Two-Two?
Allen asked me to do it. He saw some intersection between this character and me that I did not see. I’m glad he did.

The new adaptation was just in time to celebrate the original book’s 40th anniversary. Was Jacob Two-Two a part of your childhood at all?
It really wasn’t. I’m not sure it is as popular in Western Canada. Which is too bad, because it really is a genius book.

The new music by Britta and Anika Johnson is deceptively demanding. What was the hardest part to master?
The range! Singing very high and singing very low. A terrific challenge, but one that scared the crap out of me.

The only character in the kid-centric show actually played by a kid was the titular Jacob Two-Two. Tell us about working with him.
There were actually TWO kids! David Black and Drew Davis. It was great. They were very very different, but both very talented. I grew very fond of both of them. And I admired them – they really carried the show, and neither of them ever really seemed tired…

Your costume was totally outlandish. Did it help you slip into your larger-than-life character or make it harder to convey the human being underneath it all?
Oh, I think the costume was 80% of my performance. I had no idea how I was going to play a wrestler – I am pretty scrawny. The enormous muscle suit made sense of the whole thing to me. I decided that the Fang USED to be big, but now he isn’t, so he wears this outrageous suit in a desperate attempt to stay fearsome. I don’t know what I would have done without my fake muscles.

The audiences at YPT can be really rambunctious. Were there ever any amusing mishaps or reactions?
I remember one show, I came on, and one of my first lines is “I’m the toughest in the world!!!” And this kid in the audience said: “no you’re not”. And I felt just like the Fang would: humiliated, bewildered and enraged. The kid was too smart – he knew the end of the play right from the beginning.

You’re just wrapping up a run of The Gay Heritage Project at Buddies in Bad Times. Tell us about that show.
The Gay Heritage Project is a play that I created with Paul Dunn and Andrew Kushnir, exploring the concept of a heritage that is particular to gay people. Does such a thing exist? Can we create links to other queer people of different ethinicities, genders, nationalities and generations? It’s still an open question. But it’s a fun, fast-paced show, and we are very very proud of it.

What are you up to next?
The Gay Heritage Project tours to the Citadel, The Cultch (Vancouver), and the Belfry (Victoria). Very exciting! Then I come home and start rehearsals for The Heidi Chronicles at Soulpepper – starring the brilliant Michelle Monteith and directed by the also brilliant Gregory Prest.

Do you have anything you’d like to add?
Congratulations to all the nominees, and thanks to you and yours for all of your hard work on this!