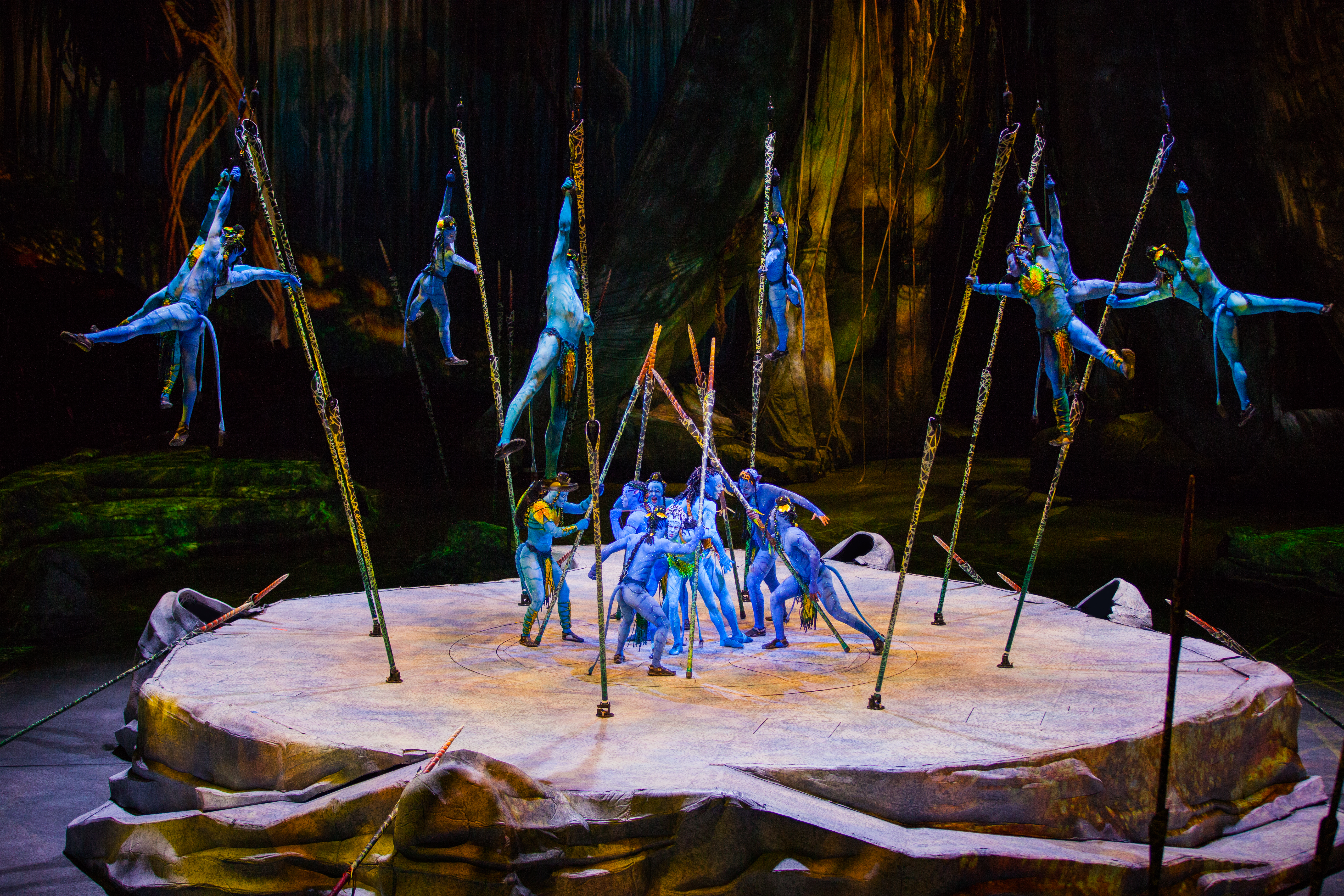 How well do you remember James Cameron’s Avatar? I’m sure you remember the look of the film- the groundbreaking visuals, the swooping excitement, the one time the headache you always get from 3D somehow seemed worth it. It’s the #1 highest grossing film of all time (unless The Force Awakens makes another 1.2 billion before leaving theatres) and shockingly only falls as far as #2 when you adjust for inflation (after Gone With the Wind). But do you remember the story at all? Do you remember it making you feel anything or invest in it beyond your general sense of wonder at the technical feats on display? I’ll jog your memory- Avatar is a pretty vacant film; a refried mishmash of familiar narratives painted blue and presented prettily. It looks cooler than almost anything else has ever looked, but that’s all.

TORUK- The First Flight, the Cirque du Soleil piece that’s inspired by the film and swinging into town for a one-weekend engagement at the ACC, is just like that. It starts with some glorious projection work and is highlighted by a few feats of acrobatic wonder- the first, and arguably the most extraordinary, involving a see-saw-like bone structure and the second (pictured) a collection of motorized poles- but the skeleton on which these beautiful things are hung is ultimately not noteworthy.

A classic Cirque show is more like last year’s KURIOS, a series of extraordinary physical feat after extraordinary physical feat unified by a strong aesthetic. I’m not opposed to adapting that format to become more story-based, in fact I welcome that ambition, but TORUK focuses too much on a weak, predictable story at the expense of the bread and butter of Cirque du Soleil- the cirque. The effect is almost confusingly dull with too many characters wandering around miming the distress of a specific plot point rather than moving on to their next display of superhumanity.  Set in the world of Avatar but with none of the film’s characters or story elements, TORUK is a basic coming-of-age tale with a dash of Into the Woods-style “gather 5 things” hijinks, some impressive puppet monster roadblocks and a big final saving of the day that doesn’t feel particularly earned.

It’s somehow fitting that the Avatar Cirque show has the same fundamental flaws as its inspiration. Both the film and the show are so very lovely to look at and there are technicians (in the lighting booth, in the design department and in the ensemble) who are working at the top of their game but the writers haven’t given them material worthy of their efforts.

TORUK – The First Flight performs at the Air Canada Centre from Thursday, January 7 through Sunday January 10.