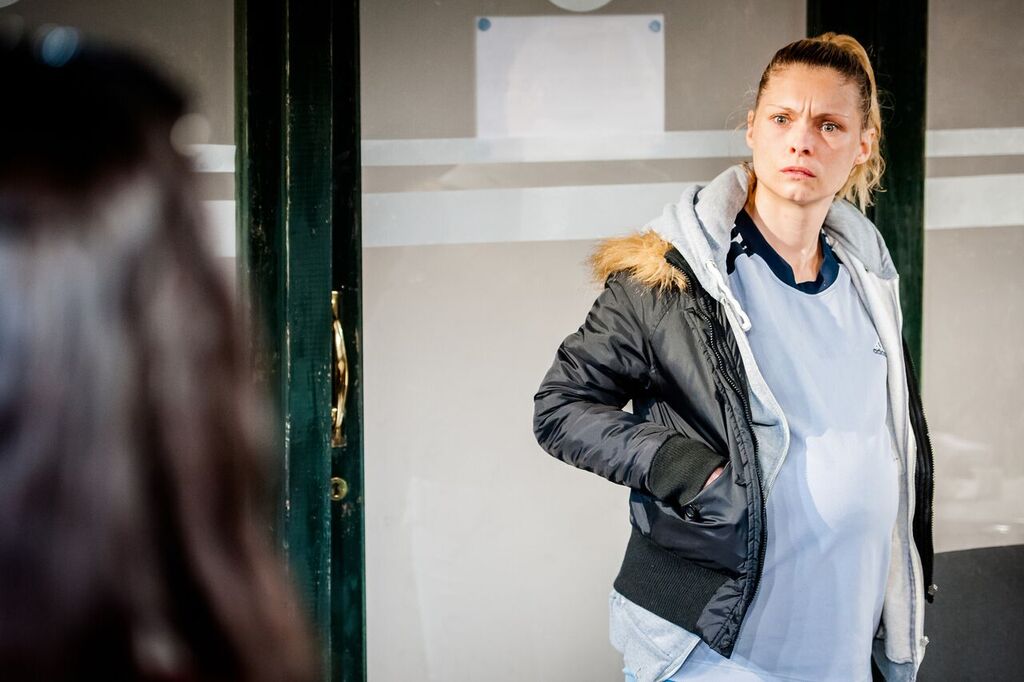 The Wasp at Trafalgar Studios

Morgan Lloyd Malcolm’s latest drama does not need its constant extremes—its actors are accomplished enough that they could make any scenario something exceptional. Myanna Burling and Laura Donnelly deliver realistic performances not only through the play’s dialogue, but also in spite of it. The Wasp is class conflict at its heart: the audience sees wealthy Heather (Donnelly) meet with poor Carla (Burling) outside a cafe. The pair used to be friends in secondary school before Carla began to bully Heather. Now, Heather’s marriage is in trouble and she needs Carla’s unique form of help, the services of which involve a moral conundrum and a duffel bag filled with thirty thousand pounds.

Malcolm writes incredibly well line-by-line although his dialogue suffers from the context in which he places it: The Wasp relies far too much on major plot twists to generate drama when realistic dilemmas would suffice. The play’s initial scene has the protagonists establish numerous conflicts in and between themselves: friction would seem to flow naturally from these differences. However, Malcolm annoyingly insists on more artificial drivers of plot: by the first scene’s end, a major twist is thrust upon the audience and it is only the exceptional skills of Burling and Donnelly that allow us to maintain the necessary suspension of disbelief. What is so frustrating is that even after these twists have occurred, Malcolm’s writing still maintains a lucid, realistic quality that, when viewed in isolation, could have existed far more successfully in a play with a superior structure to that of The Wasp.

Fortunately, the cast’s consummate skill ensures that flaws in the play’s writing are mostly glossed over. Donnelly is a powerhouse, channeling guilt, fear and and anger in a fervently believable fashion. Whenever called upon to reveal some damaged aspect of Heather’s psyche, she does so with enough care that her character seems, in a perverse way, stable; the danger with a person such as Heather is that her problems could be trivialised by being acted with insanity rather realism. Donnelly sidesteps this smartly by toning down her expression and physicality. Although the script may betray this intention by some unavoidably ludicrous dialogue, she maintains the sympathetic edge that her character needs. Whereas Heather is a character of action, Carla is one of reaction, and Burling pulls this off magnificently. Her range of expression when confronted with the play’s extremities is astounding; the subtle calculations of emotion on her face ground the surreal nature of her character’s ordeal. What could so easily become a kind of torture porn is instead a humanised assessment of pity. A certain portion of the actors’ success should also be credited to director Tom Attenborough whose minimalism of action calms down any potential hamminess.

The Wasp is impressive, and a definite inspiration for any actor to see Donnelly and Burling work their craft. Although it is a shame that the story takes the direction it does, each member of the production has something very valuable to offer and therefore the shrewd theatre-goer should watch for what the members of The Wasp do in the future.