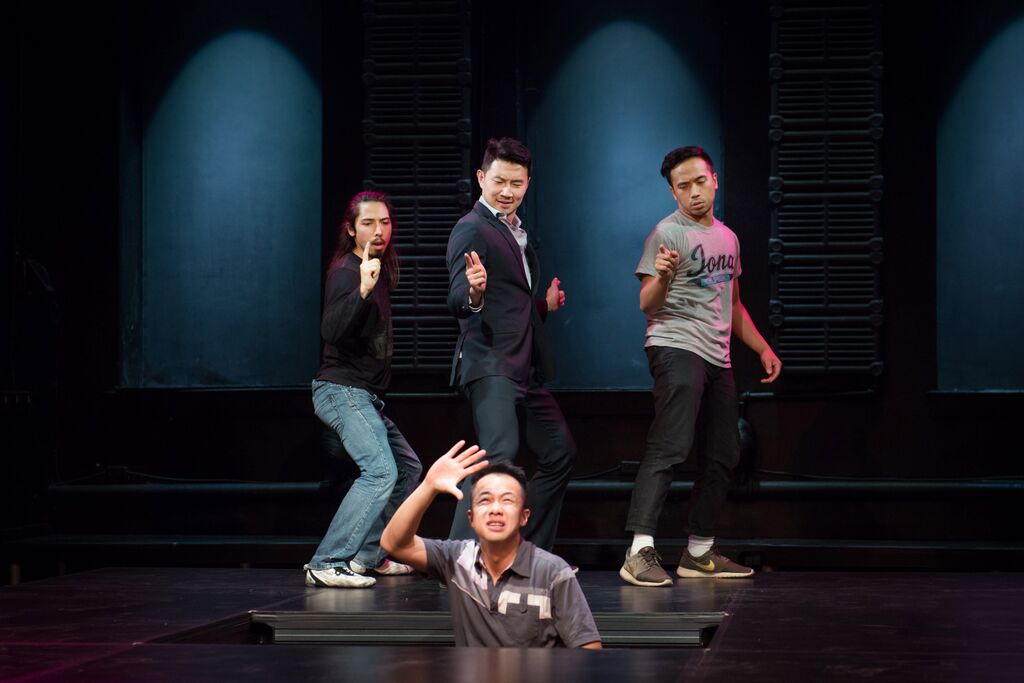 On Stage in TO: Absurdity & Society

Banana Boys (Factory Theatre)
I’m loving the Naked season at Factory. The text-centric, stripped down approach the company is taking to all the pieces in their so-far-so-good fall seasonette is spotlighting great performances, inspiring directorial creativity and refusing to let great texts get overshadowed by trappings. Banana Boys is the perfect example of what’s so great about this concept and this season. Leon Aureus’ game-changing stage adaptation of Terry Woo’s game-changing novel is a baseline great text. The actual plot (concerning the death of Rick Wong) gets a little lost but the characters and their points are so crystal clear that the plot really doesn’t end up mattering all that much. Amongst the Factory’s fresh faced cast, only Matthew Gin leaves something to be desired as Mike Chao, a young man torn between his parents’ expectations and his own dreams. Oliver Koomsatira is mesmerizing as the anger-fuelled Dave Lowe and Darrel Gamotin is heartbreaking as the heartbroken Sheldon Kwan. Emboldened by the “naked” concept, director Nina Lee Aquino fires on all cylinders with a lively and inventive staging that makes superb use of the studio theatre that is actually the Factory’s better space. Her use of smartphones to replace every prop in the play is genius- practical, funny and full of contemporary commentary both cultural and generational. Banana Boys is irreverent, inventive and everything that is good about the Factory stripping down this season.

Avaricious (Theatre Gargantua)
There is some really great theatricality in Avaricious. Lighting and projection designer Laird MacDonald’s contribution is thrilling and director Jacquie P.A. Thomas’ use of movement and interaction with key set elements (by designer Michael Spence) leads to some of the most stirring visuals I’ve ever seen on stage at Passe Muraille. The execution by an excellent four-person ensemble is strong and Michelle Polak, in particular, gives a star turn in multiple roles. The problem lies at the very core of the piece. An overly obvious fable about corporate corruption and greed, Avaricious has a strong preaching-to-the-choir vibe, lecturing intensely to a small crowd at a mid-sized theatre on Queen West, a crowd that has assembled voluntarily to see socially conscious physical theatre. The production is beautiful but the play is saying nothing we don’t already know.