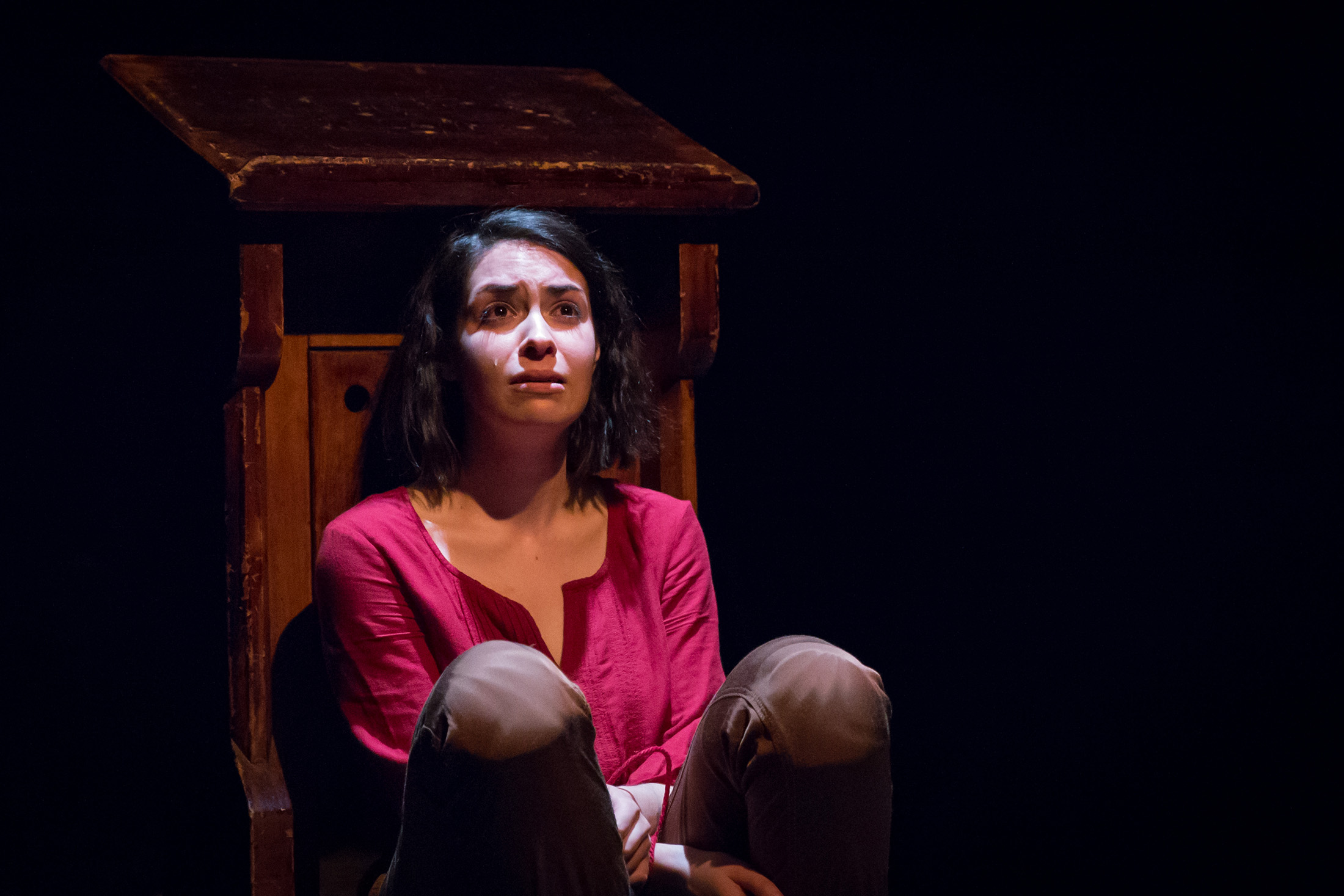 Written and performed by Sarah Thorpe, Heretic is a modern retelling of the story of Joan of Arc. Currently at the Theatre Passe-Muraille Backspace, this Soup Can Theatre production is a remount of an earlier version that Thorpe helped to produce last spring.

In the programme, Thorpe tells us that the show was inspired by three things: a monologue from George Bernard Shaw’s famous St Joan, a desire to get to the vulnerable teenager behind Joan’s imposing historical character, and to challenge herself as an artist.

Thorpe’s retelling traces Joan’s life from when she started hearing voices at 13 years old to her death at the hands of the Inquisition at age 19. There are several conflicts Joan encounters before she even gets to the war: her parents’ consternation about the voices she hears, her own internal battle to figure out what to do with the voices, convincing various Church officials of her knowledge of the Bible and theology, and convincing the Dauphin to trust her. A one-woman show, Thorpe plays all the characters, often using stock movement as well as a singular prop representing each character to help the audience follow the action. At times the mood is even comical, something that needs more polish yet I think works as contrast against the more serious backdrop of Joan’s struggle with herself, and her relationship with God. These two struggles are depicted in more solemn moments, often aided by a soundtrack in which Thorpe’s voice represents something like Joan’s inner monologue.

The play itself is challenging, and Thorpe is right that what this story needs to be about is the vulnerable Joan behind the historical caricature. Thorpe’s narrative depicts the arc (no pun intended) of Joan’s life well, hitting on pivotal moments and conversations and interactions that she has. And while the play does show Joan’s quieter struggle, during the show I really found myself wanting more of this. The interesting story of the heroes of our lives is not just when they have resolve but precisely when they don’t. We want to know what their weaknesses are and how they overcome them, because that overcoming is the special quality of the hero. Joan seems very determined in her public persona, but while Thorpe hints at a certain amount of questioning and self-doubt, we need more of this for it to really add dimension to the formidable persona we read about in history books. Thorpe’s play has a lot of potential, and is entertaining to watch, but she stopped short of really delving into figuring out what that conflict might have really looked like for Joan: what were her conversations with the Saints like? What did it take to convince her to take action? What did the moments where she doubted herself really look like and what brought her back around? These are the questions I was left with, questions I hope might be answered in future incarnations of this story.