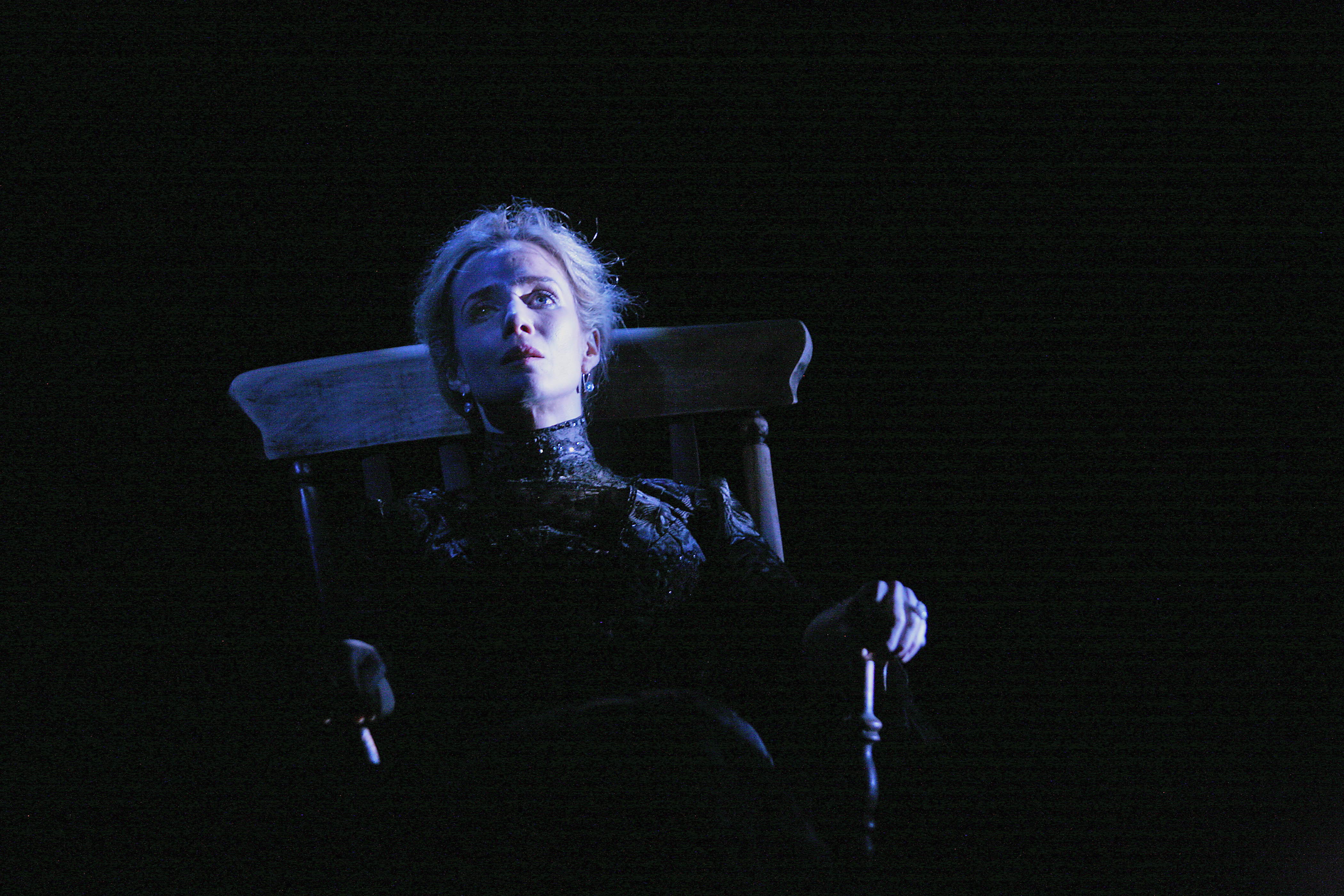 Canadian Stage just opened its 2015-2016 with Beckett Trilogy (Not I/Footfalls/Rockaby) at the Berkely Street Theatre. Directed by Walter Asmus (Beckett’s long-time friend and collaborator) and starring Lisa Dwan, this trilogy – performed back to back without intermission – is essentially an hour long one-woman show. But this is not a typical theatre piece, and if you enjoy theatre mainly because of entertaining plotlines, you’re not going to find that here. And if your motivation for going to the theatre is pure escapism, you might want to give this one a miss.

There is no escapism in this show – instead, Dwan creates a performance that forces a confrontation with a kind of existential anxiety and isolation that only Beckett could have conceived. It really is more like performance art meets staged poetry. Before the show starts, we are instructed to turn off all phones and anything else that might create light during the performance. (If you think you can subtly check your phone during this performance, you are mistaken. Everyone will notice. Everyone.) Even the exit signs are turned off, to fully submerge the space into pitch-black, while the piece is lit exclusively by a single beam of light.

The first piece is an internal monologue of a young girl recited (as directed by Beckett) at the speed of thought. Halfway through this part I became a bit frustrated, I have to admit, because although the effect of such frenetic recitation was viscerally interesting, I couldn’t really make out most of the words, and I wondered if a tiny bit of variation in speed might have been more effective in conveying this particular experience.

The rest of the performance, by contrast, is extremely deliberate and slow – almost meditative. And the result is beautiful, haunting, and mesmerizing. We see May pacing outside her dying mother’s room, and the sound of her steps provide a kind of calculated rhythm and punctuation for the scene. They’re almost reminiscent of a clock ticking away, counting down the seconds of life. The final scene is an old woman rocking in her chair, an activity that seems like its in control of her, rather than the other way around.

According to her bio, Dwan has been hailed as “an instrument of Beckett”, and this seems accurate as her ability to create and maintain a sometimes jarring and at other times intensely isolated atmosphere was deeply impressive. This is, as the programme notes, a theatre experience that you are unlikely to forget.