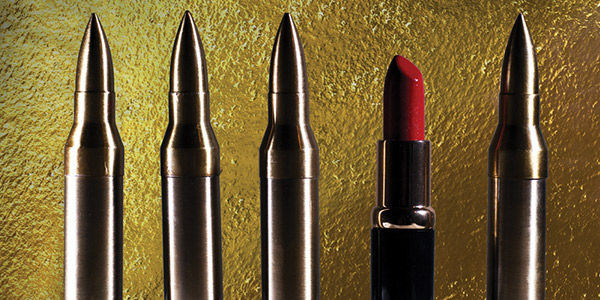 The Sweethearts at the Finborough Theatre

The Sweethearts is a show not to be missed. Telling the story of a girl band going to give a charity concert to British troops in Afghanistan in 2014, it promises a night filled with emotions from humor to sadness, and it forces the audience to question both individual and societal values. The Raise Dark Theatre Company’s production gives a voice to British troops who often feel as though civilians back home never hear them. It is a very contemporary script, which makes it all the more real and relatable to the audience.

The performance begins on a light and humorous note, but as it progresses, the audience is able to experience a tremendous character development on the part of each actor when things become more dramatic. Indeed, even the more light-hearted characters, portrayed by Jack Bannon and Doireann May White, truly shine at the end of the play when everyone’s true colors are revealed.

There is no one actor that stands out from this play: indeed, each and every actor deserves a standing ovation for his or her work in The Sweethearts. The audience becomes completely enthralled during the hour and a half they are sitting and discovering the characters. At the end, no one wants it to end. The turn of events that take place leave the spectators in awe of the brilliant achievements that are the beautifully written words of Sarah Page and the fruit of the artists’ labor.

Although quite small, the Finborough Theatre provides a very cozy and welcoming atmosphere to a crowd of theatre enthusiasts. The first thing to notice is the large Union Jack hung on the wall inside of a tent. The décor is very realistic and aims to make it clear to the audience that the entire play will take place in this soldier’s tent. The use of surrounding sounds is very well done as it makes everyone feel as though they are in the tent and the louder and more war like sounds make for a fearful audience even more taken with the play.

The Sweethearts is a reflection on following rules and looking up to people, and whether or not society today looks up to the right people. It opens one’s eyes to the harsh realities that troops must deal with on a daily basis. It brings together beautifully the themes of love, friendship, loss and loneliness, all of which can relate to either the Sweethearts or the British soldiers. It ends on October 17th and it is a must for anyone who enjoys unforgettable performances in a wonderfully intimate venue.