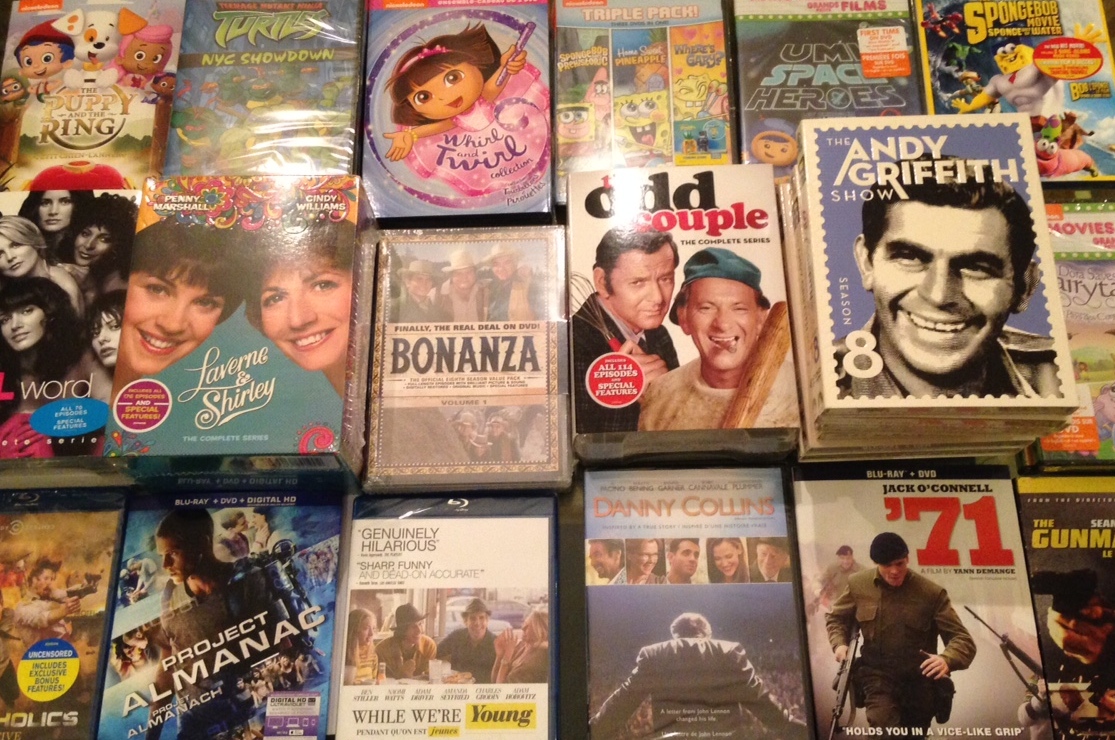 The Gunman: This low-profile, high star-power formula action movie is everything you either really love or really hate about action movies. The film isn’t anything special but the actors- Sean Penn, Idris Elba, Mark Rylance, Javier Bardem- are as prestigious as they come.

’71: This lower-profile, low star-power action drama is not what you’re expecting from an action movie. It’s slow and tense and dark as pitch with a perfectly restrained leading performance from Jack O’Connell and incredibly high stakes. No shot is fired without consequences, which is the opposite of every other action movie on the planet.

Danny Collins: This feel-good family comedy has some decent dramatic bite to it, anchored by Bobby Cannavale’s superb turn as the adult son of an absentee crooner father (Al Pacino, more human than he’s been in years). Bonus points for Christopher Plummer.

While We’re Young: A quintessentially quirky indie from Noah Baumbach, this comedy is one of those always welcome opportunities for Ben Stiller to play the relatable sweetness that so often highlights his more dramatic work. The great Naomi Watts is great and you can never beat Adam Driver.

The SpongeBob Movie- Sponge out of Water: A feature-length sort-of-live-action family extravaganza! Plenty of special features! A SING-A-LONG RAP BATTLE MUSIC VIDEO! What more could you want from a kids release?

SpongeBob SquarePants Triple Pack: The SpongeBob DVDs are great. Three re-watchable sets of adventures totalling 23 episodes with at least one special feature on each? Spot-on. That said, Paramount, “Full Screen Format” and “Dolby Digital- English Stereo” are not special features, do not pretend they are.

Teenage Mutant Ninja Turtles: Alright, so the new Turtles cartoons have nothing on the classic (and ridiculous) live action gems from the 90s (Imperial Japan!) but “Search for Splinter”, “NYC Showdown” and “Pulverizer Power” have their redeeming qualities, especially the later which takes on the clever idea of a copycat fanboy.

Team Umizoomi- “Umi Space Heroes”: I don’t get Team Umizoomi but this 45 minute adventure is supposed to make your kid like math so I guess that’s good.

All the Dora: Parents HATE Dora. Why does Paramount keep releasing Dora DVDs? After I write about them, I give away a lot of my review DVDs to my cousins who have young kids… I still have a ton of Dora on my shelves (literally, cannot give her away!). Anyway, in case you’re the weird parent who doesn’t find Dora intolerably annoying, maybe think about picking up the “Whirl & Twirl Collection” because it’s got plenty of material and one of the episodes is about ballet, which kids don’t seem to love the way they used to (all kids should love ballet! Ballet is great!). There’s also the self-explanatory “Dora Saves Fairytale Land” and “Dora’s Explorer Girls” where we pretend a girl that annoying would have friends (too mean?).

Laverne & Shirley and The Odd Couple: These two classic sitcoms about mismatched best friends are gold standards for a reason. The 114-episode Odd Couple set includes intros by Garry Marshall and audio commentaries, a rare treat on a classic release. Laverne & Shirley only offer up a few gag reels on top of their 176 episodes but darn if I don’t love those feisty Milwaukee broads anyway!

The L Word: The groundbreaking 70 episodes of this lustful, network-defining Showtime hit are accompanied by a great slate of special features which makes this set a must-have for any lover of soapy fun, cutting-edge drama or TV history (LGBTQ or otherwise).

The Andy Griffith Show: I’m flummoxed by the release strategy of this set of classic sitcom episodes, mostly because it’s not a set. There were two options that made sense to me for delivery of Mayberry to the home viewer’s DVD shelf: a complete series box set, preferably featuring some retrospective interviews (Ron Howard!) or a series of themed “best of” discs to give the flavour and nostalgia of the show since the chronology of this particular series isn’t all that important and it’s a little repetitive to watch straight through. Instead, Paramount released all eight seasons as separate sets, but they released them all at once as if they were a complete series box set. I’m so glad this seminal sitcom has made it to DVD but I’m also just kind of confused.

Workaholics Season Five: This stupid show about likeable doofuses is still going stronger than ever in season five and the charismatic cast makes for some great special features.

Project Almanac: For something that includes both “Michael Bay” and “found footage” in its synopsis, this low-fi sci-fi trifle is actually pretty fun and actually inventive. Found footage, once an expectation-shattering, ground-breaking symbol of creative thinking, has become the home of rehashed horror in recent years. It’s great to see filmmakers willing to be ambitious in that genre again.

Bonanza Season Eight: My father’s all-time favourite show, this classic western is fundamental TV drama; if not as great in its eighth season as it was earlier on, still pretty good. This two-volume set has all the Little Joe you need and that’s all that really matters.