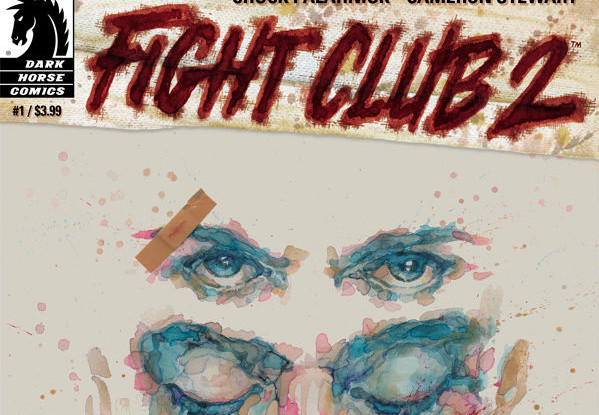 One of the most satisfying side effects of a popular culture rooted in mass media, in my occasionally humble opinion, is the plethora of milestones available for one’s nostalgic reflections. There was definitely a moment after my private Catholic high school days and post-secondary conservatory theatre training during which my worldview shifted from West Side Story to Fight Club.

I remember a friend had the rules of Fight Club posted on his student residence room door, but at that point the words read like any other snappy, ‘edgy’ thing one might see on such doors: seemingly out-of-character quotations by famous people, obscure song lyrics, Garfield-isms, and the like. I knew they were from “some movie” and I didn’t give them another thought. I do, however, remember the movie was resonating with young men around my age who had been raised with less conservative values than the ones instilled in me.

I’d brought those values to the climate of theatre. And I have no regrets about developing a more artistic perspective that resulted in my crossing many lines that had been drawn in the proverbial sand. But it wasn’t until I’d left the educational system that I could even have been receptive to Chuck Palahniuk’s “transgressional fiction”.

After a disappointing but not particularly heart-rending break-up, I went on my first-ever solo trip. It was November. My destination was Montréal. I stayed in a hostel with pillows as luxurious as folded newspapers – and not even the Saturday edition. I spent most of that ‘vacation’ mildly inebriated and being alone in a way I hadn’t ever been before. When the time came to return home, I found myself in a bookstore, looking for something to pass the train trip’s duration.

And there it was. A book with the same title as the movie I’d remembered hearing about. Until then, I hadn’t known it had been a book first, so this was perfect – being able to indulge in a guilty pleasure about which I’d been curious in a method that would give me a snobbish edge. I purchased the book and devoured it, in one sitting, the way I hadn’t consumed any book before nor, with very rare exception, since.

It was slick and smart and funny. And dark in a way unlike anything I’d read previously. It spoke to me the way very few things ever have. I’ve enjoyed other books by Palahniuk since then, but, as they say, you never forget your first time. Fight Club is one of the few books I’ve re-read and recommended highly whenever people are curious about it.

Fast forward to mid-2014 when it was announced that Chuck Palahniuk would be writing the sequel to his book(which differs in small but important ways from the movie) as a comic book. I was grateful, in a way, that this rumoured sequel waited for me to get into comic books again before it happened. The announcement also revealed that the artist would be Cameron Stewart, who had, very shortly before that, been revealed as part of Batgirl’s new creative team – another comic about which I was instantly excited and have previously enthusiastically written.

Knowing all of that – thanks for indulging me – may make it clearer why reading Fight Club 2 #1 (of 10) was delicious. The story picks up a decade after the events of the book and the protagonist is in the next phase of his adult life. Perhaps it’s because the original novel was exquisitely self-contained and satisfyingly open-ended that checking in on those characters is especially delightful now. Time has passed for all of us and, as with any journey through time, there is as much to savour in the things that have changed as there is in those that have stayed the same. Thus far, my high expectations have been met – I have a hard time imagining any other author taking on this world (not that it couldn’t be done), but everything just feels so right. Dave Stewart’s colours take the already-engaging art the extra mile. Particularly the little meta-comic details which feel like a throwback to the way the original work could surprise its reader.

This sequel is just as much of a page-turner as the bestseller from 1996, so my only complaint thus far is a result of realizing the wait between instalments is going to feel excruciating. I am Jack’s tapping foot.