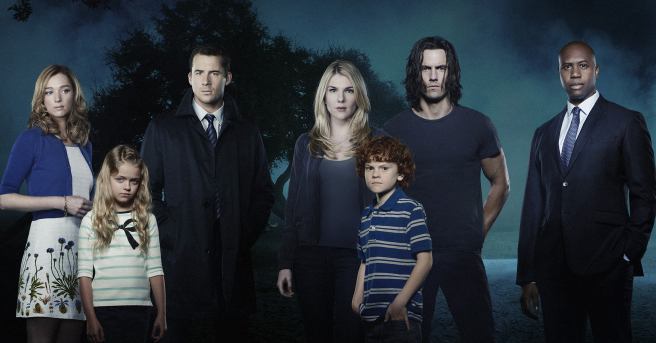 Bradbury’s Back in ABC’s The Whispers

It is hard to deny Ray Bradbury‘s influence on pop culture. Most students in the US have at least read his seminal classic Fahrenheit 451 and even The Martian Chronicles remains one of the most cited short story collections among science fiction fans and general literature readers alike. That is why it is so exciting to see a new television series based on his short story “Zero Hour” from his novel The Illustrated Man, premiering for a mid-season run: ABC’s The Whispers.

The Whispers has made some changes but still brings the same sense of mystery and paranoia that so characterized most of Bradbury’s work. In this case, a mysterious entity called Drill has begun communicating with children, posing as an imaginary friend. Things become much more serious when Drill starts convincing the kids to partake in deadly games, resulting in a growing string of murders while the adults try to figure out who and what this creature is and how to stop it.

The premise in “Zero Hour” was similar but in that story Drill was explicitly an alien convincing the children to play a game called “Invasion” to prepare for his race’s arrival. While early material from ABC indicated that they would likely be going to same route, co-executive producer Soo Hugh (Under the Dome, The Killing) has since insisted on changing the focus of the story, leaving the identity and motivations of Drill a mystery that would drive much of season one.

This change actually works quite well in updating the story. Like many early Cold War-era stories, “Zero Hour” contains a number of themes and motifs focused on xenophobia, corruption of children, and possession that reflected the “Red Scare” mindset of the time. “Aliens as Communists” and invasion fears were often used in film and literature. While still poignant in their own way, these sorts of fears do not resonate as well as fear of the unknown and loss of control might to people who have grown accustomed to being able to look up anything and govern many aspects of their lives with a cell phone.

In The Whispers we seem to see a number of adults who believe stories about Drill but can do nothing to stop it rather than dismissing him as a mere children’s game. Further, we’re also seeing the elimination of the timeline, the titular “zero hour” of the story, in favor of an unknown duration until Drill’s plan will come to fruition. Rather than the non-descript method of communicating with the kids, Drill seems to reach out “through the lights” in whispers, subverting a common trope of light signifying safety.

All of this is what we’ve come to expect from co-executive producer Soo Hugh and executive producer Steven Spielberg, both of whom are excellent at taking small stories and expanding them into epics. The show will also star rising television names like Lily Rabe of American Horror Story, Barry Slone of Revenge, and Milo Ventimiglia of Heroes fame, giving it a cast accustomed to genre shows and high-mystery concepts.

Moreover, their experience works in what is looking to be a human-factor-driven show. Bradbury’s science fiction rarely focused on high technology or technobabble in the Star Trek tradition. Much like the work Spielberg has come to be known for, it instead put often ordinary people in extraordinary situations to explore their reactions. His stories including “Zero Hour” usually found no monster more terrifying than human nature pushed to the brink.

Since it’s premiere on June 1st, it seems like many agree that The Whispers explores the very human terror Bradbury was known for. If the rest of the season turns out the same, we should expect to be reminded of Bradbury’s chilling tales. Tune in every Monday to follow the series. Don’t worry if you missed it—the debut episode is easily available on the WATCH ABC app (which Comcast XFINITY and DirecTV both support), so you won’t have to miss an episode again.