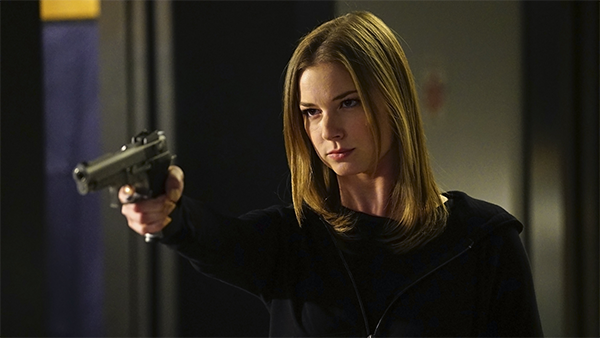 The End of Revenge

Well, Revenge finished up its four-season long run this week, and the finale, like the rest of the show, was…mediocre. I hate to sound like every other person on the Internet that has ever watched Revenge, but it’s true – Revenge was fantastic in its first season and lost its spark in subsequent seasons. While the mission was always there, exonerating David Clarke, Emily/Amanda lacked the fire and manipulation she had in her fake-naïve, red sharpie days. She used to be so manipulative, and only Victoria ever saw through the façade, but had no proof she was truly evil. In the later seasons, Emily was constantly correcting mistakes – getting revenge for Aiden’s death, covering up Daniel’s, getting her father back after discovering he wasn’t actually dead. It was all too much, and at the same time, not enough.

The finale was no different. The show has always been on the renewal bubble, but this season it either knew ahead of time it was getting cancelled or forced ABC to cancel it, because there is no way they could continue the show beyond this season, unless the only character left was Nolan because apparently he has nothing better to do than to help people get justice for their wrongfully accused parents.

Here’s where everyone left off at the end of “Two Graves.” *spoilers ahead, obviously*

Episodes earlier, Victoria faked her death by exploding Grayson manor with her mother’s dead body inside. She went into hiding until Detective Ben Hunter found her, but he didn’t have a chance to tell anyone since he was killed right after by hired assassin White Gold. While attending her “funeral” Victoria discovered that neither of her surviving children decided to attend, so she decided to tell the only person that treated her like a mother, Louise, that she was still alive. But Louise wasn’t having any more of these lies so she sold her out and told…

Emily, where to find Victoria, after escaping jail with the help of Nolan. But alas, the final blow to Victoria was by David’s hand, as he shot her, allowing his daughter to remain free. But Victoria decided not to go down without a fight and shot Emily in the back with her dying breath. Somehow, that translated to Emily needing a heart transplant and Charlotte decided to give Victoria’s heart to Emily, but shh, it’s a secret. I guess the fact that Emily was a match for Victoria’s heart was a metaphor for the two ladies being the same at their core, but I think they just didn’t want to bring it up again because of the failed medical logic. This new heart allowed Emily to live happily ever after and sail off into the sunset with her new husband Jack. Yes, Jack finally won the girl’s heart, but probably only because every other lover of hers died because of her. Seriously, watch your back, Jack.

As for David, he succumbed to his cancer after being given compassionate release from prison for killing Victoria. Such a common death for a man who lead such an uncommon life.

Finally, Nolan, unsure of what to do without a “Revengenda,” was given a present from Emily in the form of a young gentleman whose mother was sent to jail, while he believes her innocent. Ah Revenge 2.0: The Nolan Ross Diaries. Tagline: When you have more money than brains, sometimes you just have to break the law repeatedly.

The other characters lacked a significant ending, but that’s okay because they weren’t significant characters. Louise and Margaux just acted like substitute children for Victoria when her own abandoned her. I would liked to have seen a little Conrad in the episode though. He may have died in last season’s finale, but hey, its Revenge, no one dead stays dead for that long.