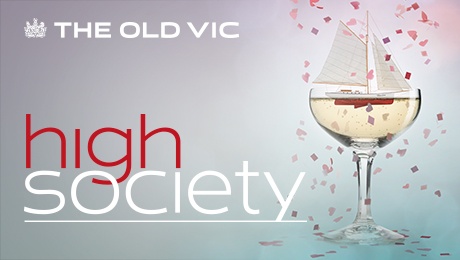 High Society at the Old Vic

What a turnaround. It is not often that a show can improve so much between its Acts. From the first Act’s close, it seemed like High Society was an extremely middling production, which is not at all expected from the Old Vic. However, the change is unexpected and grand. It is not clear whether the second Act has the better songs, better choreography, better energy and the actors actually warm up, but it all very perceptively improves, which makes the show a decent start to London’s summer season.

Performance-wise, Kate Fleetwood (as always) shines as the erratic yet sympathetic Tracy Lord. She singlehandedly leads the production; since the musical is longer than its filmic counterpart, her acting range keeps the audience’s attention—certainly more than Grace Kelly would have been able to when faced with a 2-hour-and-45-minute production. Newcomer Ellie Bamber likewise radiates as Tracy’s bratty younger sister. There was an issue with the male casting however: it comes to pass that in this production, George Ketteridge is actually more desirable than Dexter Haven; Rupert Young is too insipid to carry off the coolness of Dexter and so Richard Grieve’s character is ironically the more likeable of the two. Therefore, it was not at all clear by the end that Dexter and Tracy were made for each other: the chemistry was not there. Nevertheless, the supporting cast, featuring Annabel Scholey and Paul Kemble as the incognito reporters, delivered solid performances.

The music is where the greatest clash happens. The 1956 film on which this performance is based (although some extra Cole Porter songs are thrown in there with a bit of The Philadelphia Story) balanced crooning with jazzy but never crossed into the maudlin. The first act puts on some acceptable numbers but then mixes them with embarrassingly sweet performances that do not settle well with the overall tone. However, the second act’s opening number salvages this. It is an extended version of ‘Well Did You Evah’’ which features the entire cast at the height of their energy with a virtuoso piano duel (involving the adroit Joe Stilgoe) and a generally deft utilization of the theatre-in-the-round space; yet, and maybe I am Sinatra-biased, the best song of the night goes to ‘You’re Sensational’, delivered adeptly by Paul Kemble.

Speaking of theatre-in-the-round, while the Old Vic’s new set-up succeeded in the previous show, Clarence Darrow, I am unsure as to whether High Society is not better suited for the proscenium style. It is disappointing since while I encourage more shows in-the-round, it is difficult to deny that the first act is very messy in its execution. Too much happens with not enough space to display it. However, as with everything else, Maria Friedman’s direction makes the space work far better in the second act. The aforementioned opener uses the symmetry of the stage to great effect, although it still does not convince me that the in-the-round setup is appropriate for such a lavish kind of show.

So, there is a first act that could turn many people off, but if you stay for the second half you may find a show that holds up to the Old Vic’s lofty standard.