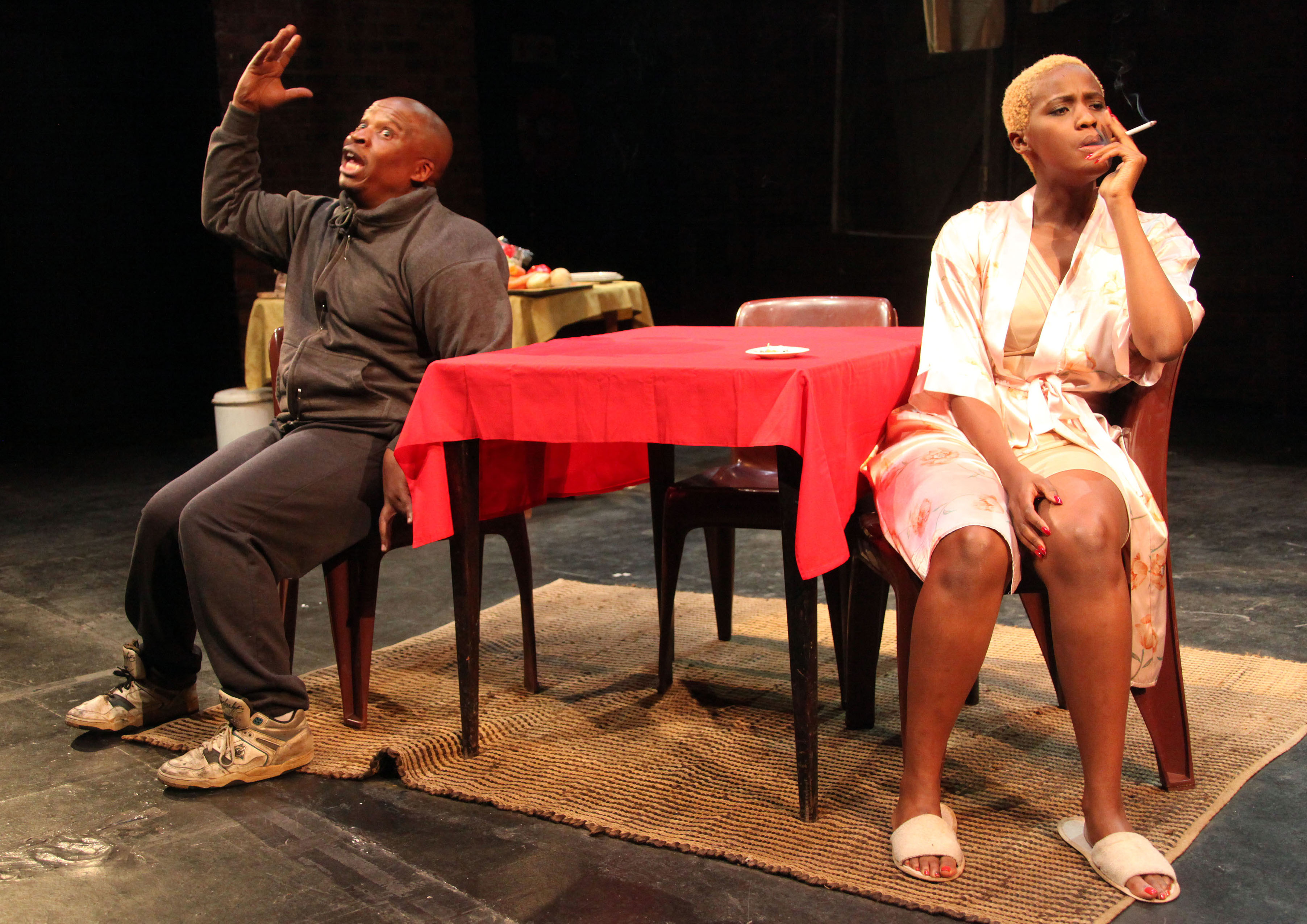 On the cusp of second wave feminism and nearly a decade into Apartheid rule, Athol Fugard created a female character that would, against all odds, defy the roles society would try to force her into. Queeny, played by Masasa Mbangeni, holds the center of the action while the remaining characters orbit around her.

James Ngcobo, artistic director of Johannesburg’s famed Market Theatre, brings this updated vision of one of Fugard’s earliest plays to the Toronto stage. Rather than the original shack, Ngcobo describes the loose architecture of the set as “poetic” space. And where earlier productions have cast Queeny as a woman in her 50s, Mbangeni appears to be at least two decades younger. But perhaps the most remarkable thing about this play is the smell. A pot of chicken and vegetables is left stewing throughout the production, the smell of which is replaced at times by the cigarettes smoked on stage. Along side the serving of pap and beans, and the visible box of Freshpack roiboos tea, these odors evoke a sense of a particular space.

Fugard’s Nongogo, written in 1959 and set in a 1950s South African Township shebeen, revolves around the owner (Queeny) and the regulars of her illegal establishment and community watering hole. Daily routine is interrupted when the ambitious Johnny, a tablecloth salesman, mistakenly enters the shebeen looking for a cup of coffee and wins the heart of cynical Queeny. Nongogo is a delicately nuanced tale that reveals the hardships of living under Apartheid rule through a subtle telling of the characters’ past traumas and future hopes and dreams. Johnny (Nat Ramabulana) alludes to sexual violence in his past as the result of his work as a teenager in the all male environment of the South Africa mines. Queeny, rather than having the opportunity to share her past, is outed by jealous Sam (Pakamisa Zwedala), a long time acquaintance, who reveals that he was Queeny’s former pimp, and it is on those earnings that he is now a respectable shop owner, while she, holding less status, is the owner of an illegal bar.

Queeny refuses to accept the lesser roles that seem to be her social inheritance. She refuses to be defined by her past as a sex worker, and rails against the indignity of owning a “disrespectful” business. Johnny quickly captures her interest by referring to her “respectable shebeen” in a tablecloth sales pitch that offers her a new vision of herself. While Sam constantly warns that Johnny will take advantage of her and alludes to “the many men in her past,” Queeny shoots back that she is tired of money that smells “like unwashed men and dirty sheets,” she is the master of her life and will no longer be shamed by her past or her present.

So it is despite the words and actions of the men around her, Sam’s attempt to use her past to manipulate her present, and Johnny’s inability to overcome the knowledge of her past while admitting to his own uncomfortable history, that Queeny rises above and refuses to accept the fate meted out to her by either man. From the race-based segregation and deeply patriarchal systems of the Apartheid state, Queeny emerges as a heroine of hope, strength, passion, and healing—a character who still resonates today, 56 years after her creation. Queeny’s fight for economic self-reliance and equality in her romantic relationships transcends her political situation as well as time and geography.