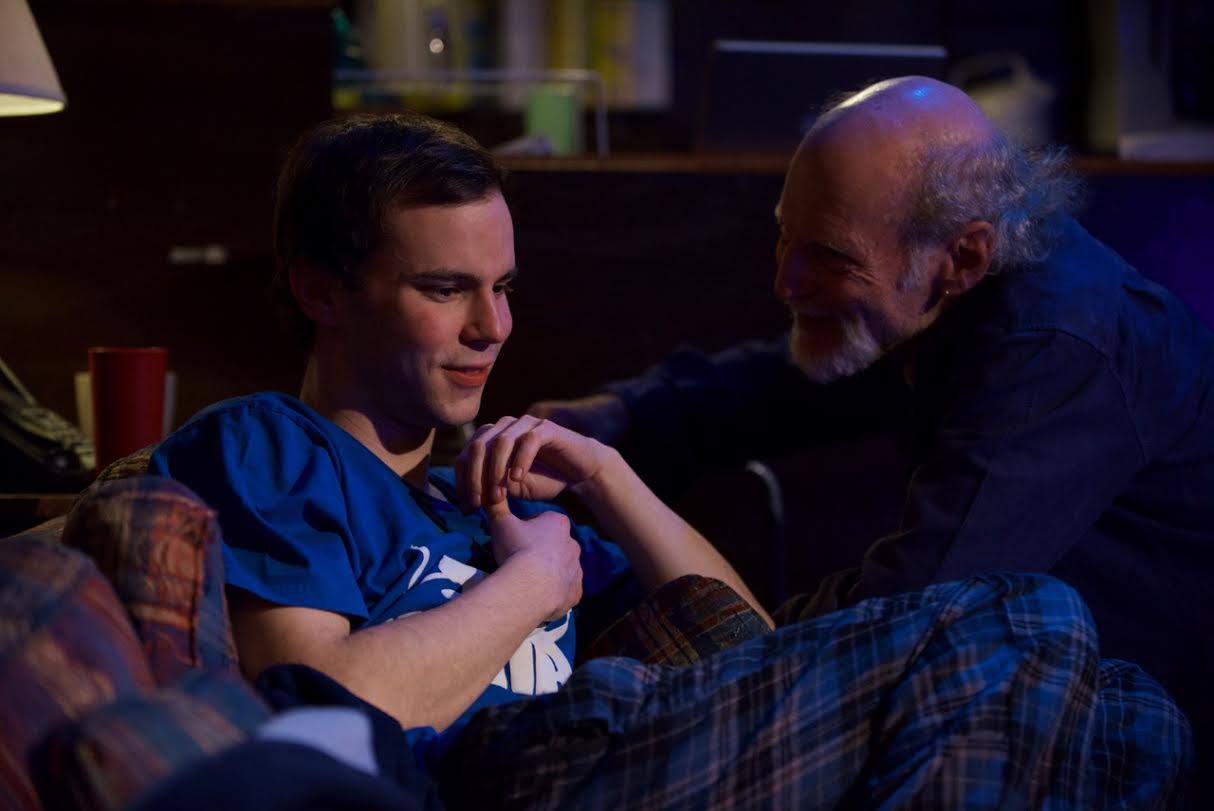 The Dark Side: Bull & Nature of the Beast

The latest productions from Coal Mine and Safeword share a common goal: to leave you shaken. They share some other things too (small casts, hip tones, interesting spaces) but it’s that shared goal that stands out. That’s not what all theatre artists are doing; most want to entertain you, to move you, maybe even inspire you. But, these guys, they want to kick you in the ass, slap you across your complacent little face, hit you where it hurts. It’s a violent goal, but the hope is that you’ll carry the play with you because of it- the pit in your stomach as brutal as a stab wound, the restlessness in your mind like the ache from a vicious right hook.

The difference is in the conclusions your wounds are meant to help you reach, or perhaps the lack thereof. With Bull, playwright Mike Bartlett attempts to teach us a lesson, open our eyes so that we might do things differently. With Nature of the Beast, playwright Brandon Crone doesn’t show much interest in leading his audience to an answer or teaching us a lesson; he leaves his ending so ambiguous that neither he nor his star could give me a straight answer when I inevitably asked. I think he just wants us to feel something, even if it hurts.

The lesson Bull wants us to learn is about bullying in the workplace, though (luckily) David Ferry’s merciless direction and Bartlett’s allegorical storytelling make the production far less cheesy than such a mission statement might imply. We’re presented with a UFC cage (a thematically effective design by Steve Lucas even if it does impede the view) and our fighters- a trio of co-workers: two alpha dogs Isobel and Tony (the beautiful and biting Diana Bentley and Damon Runyan) and their toy, Thomas (a simpering Ryan Rogerson). A psychological source for Isobel and Tony’s cruelty never becomes clear, leaving the audience with the impression that they are monstrous merely to pass the time since hapless, useless, spineless Thomas poses no threat whatsoever (a truth made all the more inarguable by the appearance of Mark Caven as their callous boss who thoughtlessly favours the cool kids).

The play appears to totter between pseudorealism and still-passable extremism through most of its single act, revealing its true allegorical nature only in the final few moments when what was harsh psychological torment turns outlandishly physical. At this point the play pulls neatly into the station marked “Message” and sends its audience out onto the Danforth feeling collective outrage about living in a world where soulless pretty people can get away with being so randomly mean to the little guy. Perhaps our eyes have been re-opened to an issue many people manage to forget about after high school, and perhaps the gut-punch of that visceral last scene will hurt for at least a few blocks, but we’re not left really grappling with much beyond righteous indignation and a little bit of shock. Such wounds heal quickly.

Recovering from Nature of the Beast is a more difficult task. It’s more complicated, more frustrating, and nothing about it is easy, especially not the answers. The irony is that much of Nature of the Beast’s success in really rattling the audience likely has to do with it’s being a less perfect play than Bull. Crone’s script is unfocused, lacking structure and clear themes; the characters make giant, unpredictable leaps and so much plot is packed into the awkwardly staged final moments that the few people in the miniscule 30-seat house who get stuck with bad sightlines will be left even more clueless than the rest of us. But it’s that very uncertainty that makes the play work.

We’re introduced to a dashing and sure-footed man named David (Clint Butler) and the old guy whose secluded house he’s in (Nicholas Rice). Francis, almost comically unthreatening in his stubborn, technology-averse geezerishness, is bumbling on about a contract and the two men never quite find their way to the same page before David is locked in the basement to fulfill said contract. The arrival of Francis’ 17-year-old nephew Mike (MyTheatre Award winner Jakob Ehman, wildly effective playing up his natural vulnerability) sends the first act even deeper into the darkness of uncertainty- David’s refusal to go over the contract in detail and choose a safeword leaves the unseen basement activity threateningly vague while Mike (unsure if he’s gay, unsure if his mother will take him back in, unsure what to do, unsure who to lean on) remains clueless about David’s existence and his uncle’s true nature.

But even that, the idea of a “true nature” is a misnomer. The simplest (though still not terribly simple) reading of Nature of the Beast involves taking David at his word when he finally emerges from the basement. In the production’s best scene, David sits on the couch eating fast food and casually chatting up a barely clothed Mike (brilliantly unexplained: are his pyjama pants carelessly ill-fitting or is he purposely leaving little to David’s imagination?). The scene is so rivetingly rife with sexual tension that you could almost miss its key revelation- that the basement unleashes what David believes is the “real” Francis, specifically when he’s met with a little resistance. But David’s entire experience with Francis was shaped by his own intense sexual requests while we’ve been watching him throughout the whole play- carefully establishing boundaries with David, caring for Mike, showing him real kindness. Who is David to tell us what is “real”? Meanwhile, the unestablished answer to the aforementioned seemingly trivial pyjama pants question would help to clarify an ending so torturously up for interpretation that I’m still theorizing, weeks after the fact. What is stronger- Mike’s naiveté or his curiosity? What will win- Francis’ desire to care for his nephew or (if this is how you choose to read the title) the Nature of the Beast? What is wanted? What is wrong? What even really happened?

There are few things quite so infuriating as feeling like you don’t understand, but there are also few things quite so true to life. We don’t know Francis’ true nature just as we don’t know what Mike really wants. In all likelihood, Mike probably doesn’t even know what he really wants. Does anybody know what they really want? There are a lot of “perfect” plays out there, ones that build to a perfectly foreshadowed climax where characters pursue perfectly clear goals and make choices perfectly in adherence with their established identity. They are produced once, directed in perfect accordance with the writer’s clear intentions. This is not one of those plays- a lot of plot points here come flying in from left field and a plenty of things don’t make a lot of sense. So you think about it, you sit in a stationary car debating with your plus one rather than getting on with your night, you accost the playwright for answers if you’re lucky enough to run into him (you will get none), and you see it again. And again. And maybe down the road this phenomenal cast- and all three of them are just that- will be known as the “original cast” and there will be others. Some Mikes will play sexual awakening and some Mikes will play the innocent victim; some Francises will be kind-hearted but weak and others devious or damaged or both. What’s great about Nature of the Beast is that that possibility exists, and none of those options are wrong.

In the short term, it’s infuriating. We like answers and we’re used to perfectly constructed new works that happily give them. We’d rather see Bull and feel our righteous indignation and know that we’re all on the same page. But Nature of the Beast makes you feel like maybe you didn’t get it or you missed something or maybe you’re a terrible person and the guy sitting next to you knows who the heroes and the villains are and the fact that you can’t tell means you’re just as bad as that character who you’re pretty sure just did a horrific thing but you’re not really sure because it all happened so fast, and you can’t hate the character for doing that horrific thing because what if you’ve read the situation wrong and it wasn’t really so horrific, but god forbid you let him off the hook and it turns out he really was as horrible as you thought maybe he might be… The pit in your stomach as brutal as a stab wound, the restlessness in your mind like the ache from a vicious right hook.

Bull is formidable. It comes out swinging and it may even leave a bruise; then it will heal and you can move on.

But Nature of the Beast– that’s a pain that will leave you shaken.