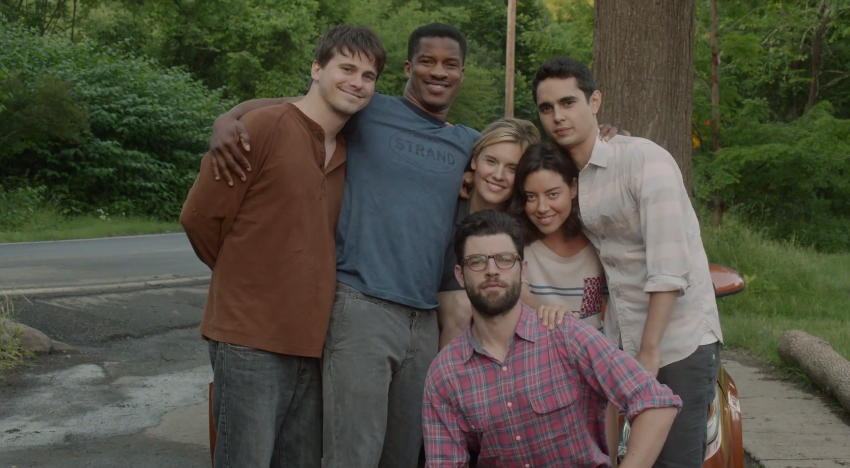 About Alex & The Great Undervaluation of TV Artists

A cast of some of TV’s most wonderful people populates About Alex, the debut feature from Parenthood writer Jesse Zwick.

A dramedy about college friends reunited by tragic, awkward circumstances, this ensemble dramedy dives into everything- listlessness, love (requited, unrequited, unspoken, overwrought), depression, anxiety, jealousy, pretension, ambition- only rarely losing its honesty and light touch. Considering these things, I wasn’t surprised to find Parenthood on Zwick’s IMDB page. Parenthood is home base for honest dramedy writing where Zwick would have learned from the best (Jason Katims & Co) how to write for an ensemble, how to raise the stakes while staying on the right side of over-dramatic, how to blend comedy and drama while undermining neither, and how to root every line and action a character makes in a deep sense that they’re someone who lives beyond what’s written on the page. But About Alex is being largely overlooked (I’d never even heard of it until the star-studded cast photo caught my eye on the iTunes rentals page) and Zwick’s lack of feature film credits surely has something to do with it, despite his having worked on one of the best-written artistic properties of the decade. While AMC and HBO work may get you further than a TV credit once did, nothing has the power to be unfairly discredited quite like something that airs on NBC.

This trend is actually even more infuriatingly notable as it pertains to About Alex‘s fantastic ensemble of some of the best actors working right now who just don’t happen to be movie stars. A standout performer from one of the best sitcoms in history, Parks & Recreation’s Aubrey Plaza has been steadily building her indie film cred over the past few years (the highlight- Safety Not Guaranteed) and here plays arguably the largest role in the true ensemble, stretching her usually hidden non-sardonic, non-pessimistic muscles and proving once again why she’s quickly becoming an actress who simply can’t be ignored, despite her TV pedigree. Suburgatory leading lady Jane Levy makes her mark in the outsider role that could have easily been grating in lesser hands while The Mindy Project’s Max Minghella completely won me over as a soft-spoken success story stuck in a state of “what if?” (his simmering chemistry with Plaza made me marvel at how he’d ever made me dislike him as The Social Network’s bitter couldabeen). But it’s Jason Ritter (the cast’s resident Parenthood alum) and New Girl’s constantly wonderful Max Greenfield who shine most brightly in the script’s strongest and most complicated roles, Ritter giving the performance of his career thus far as the sweet and sad title character.

Rotten Tomatoes tells me that most people aren’t really liking this film but I honestly believe that most people just don’t know about this film. But they should, because, despite its lingering reputation, TV is no longer just a place for artists who can’t make it in the movies, and this movie is wonderful precisely because of all its TV talent.