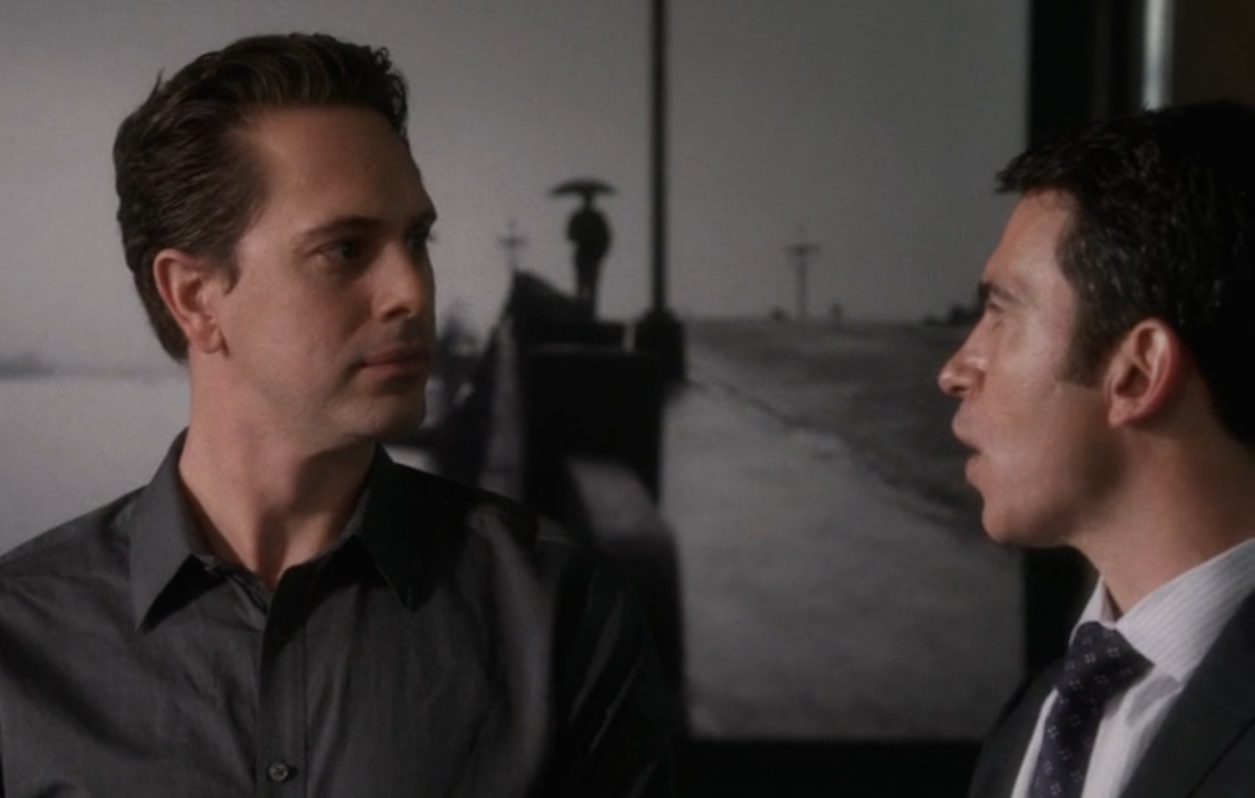 Mere months have passed in ACN’s world since we left The Newsroom. That was election night, November 6th 2012 (September 2013 for us). Will and Mac were engaged, Sloan and Don were tentatively together, Jim made it home from the campaign trail with an awesome new Streep-y girlfriend, Maggie’s mental state was finally beginning to improve, Don was being sued by Jerry Dantana (you remember Hamish Linklater, he stole season two as the disgraced producer who screwed up Genoa), Reese Lansing had grown a soul, and “News Night” was slowly regaining the trust of the people.

And so we arrive at April 15, 2013- the day of the Boston marathon bombings and the beginning of the final 6-episode season for the equal parts beloved and reviled HBO Sorkin drama. As the opening credits play for the first time in well over a year, I’m immediately sad that I only have 6 more weeks to hear the upbeat idealism of that theme song juxtaposed with its season two “why won’t you love us?!” rebranding. Six more weeks of Thomas Sadoski’s dry wit and Olivia Munn as Sloan Sabbith, quite possibly Sorkin’s highest achievement in female character development (no disrespect to CJ Cregg and Jo Galloway). Just six more weeks with Jim Harper, Elliot Hirsch, Neal Sampat and new work from one of the greatest writers in history in the medium where he made his biggest mark (a medium, its worth noting, he’s not likely to return to). Just six more weeks.

To launch this final run of episodes, The Newsroom delivered a standard, sensible premiere. Neal kicked off the season arc by following a cryptic lead towards classified documents, the possession of which will surely drive most episodes to come. But the setup of that larger story took a temporary backseat for the premiere in favour of a more accessible bottle episode A-plot, not unlike that of the series premiere (which covered the oil spill), as the team scrambled to cover the Boston bombings without relying on citizen reporting or hearsay (this is “News Night” afterall). The shadow of Genoa loomed large but it actually wasn’t mentioned all that much, I’m assuming on the off chance that any new viewers wandered accidentally into the show’s path, probably looking for The Comeback. We heard next to nothing about Don’s lawsuit(s?) and only one preachy but quotable moment (oldschool Sorkin creeping back in) referenced last season’s major arc with enough specificity to tell new viewers that they’re missing some key information (quote of the night, though it pains me to give it to Charlie: “he got knocked down; you didn’t get taller”). Will’s grand speechifying that so annoys so many people was self-awarely undercut by a hilariously rambling failure of a speech attempt and all relationship subplots were reduced to subtext or throwaways in the show’s continued attempt to win over its haters.

Of course, while I appreciate having just one silent, complicated look from John Gallagher Jr. as the only Maggie relationship drama in the whole episode (she’s being transitioned into a serious producer and possible on-air talent this season), and Will’s botched speech was plenty amusing (being with Mac will hopefully humble him), all I want is for The Newsroom to stop worrying about the people who don’t like The Newsroom. The show is at its best when Sorkin invests in the characters he cares about and lets them say what he wants them to say. This is the end, better just be relentlessly Newsroom from now on or risk going out trying to be something its not.

My favourite thing about this show has been watching Sorkin shift his attention as the series progresses, not to cater to audience tastes but because he’s finding new characters he wants to write for. For obvious reasons, the pilot episode was all about Will, but early episodes were also heavy on Charlie and, to a lesser extent, Mac. Jim and Maggie were centre stage but we almost never heard from Neal and Don served mostly as an in-house antagonist. The more he writes, you can feel Sorkin changing his mind and discovering new things in characters who had very little to do in the beginning (and as a result the show is switching from a leading man setup to an ensemble feel). Somewhere in season two, Sorkin fell in love with Sloan and discovered the humour and nobility in Don’s voice, pulling those characters forward and pushing bright-eyed Jim and Maggie to the back. Charlie, once a Leo-like figure poised for his own big arc, hasn’t been much more than colour as the series moves forward (thank god, because Sam Waterston has no idea what to do with this dialogue). A lot of the biggest dramatic stories are being carried by Dev Patel’s Neal, who gets more fleshed out with every passing episode and likely still has his best scenes ahead of him. But my favourite character development of late is that one day Aaron Sorkin woke up and found an unexpected interest in a character late-90s Sorkin never would have invested in- Reese Lansing (in the pilot of Sports Night, a similar figure was treated to this gem courtesy of Casey McCall: “the next time you sit in one of our meetings and I hear the voice of the network come out of your mouth, I’m gonna put my foot on your throat.”)

Sorkin is a documented Kaling fan so maybe he’s been watching The Mindy Project and took a particular interest in its standout actor. Chris Messina premiered on The Newsroom as the obnoxious, ratings-obsessed ode to nepotism who runs ACN just a few months before he found his perfect role as Mindy‘s Danny Castellano and, though he’s recurred throughout the series so far, he’s always been a little bit under-valued. With a big scene in last year’s finale and a much bigger, and more human, presence in the premiere, it’s looking like Sorkin is finally going full Messina with Reese. I could not be more psyched to see where they take it.

The main developments are thus:

Sorkin devotees, naturally, have a tendency to want to evaluate his work in relation to his previous work. Following that instinct, I was a little underwhelmed by this very safe season premiere. But then I thought about how I watched The Newsroom. I had its return date written in my Google calendar, I closed my permanently open Facebook, Gmail and 2048 tabs, and the second I finished watching, I needed to open my laptop and start writing about it. There aren’t many shows like that on TV for me, so even a merely adequate episode is worth getting excited about. It’s just now hitting me that in 5 weeks it’ll all be gone.