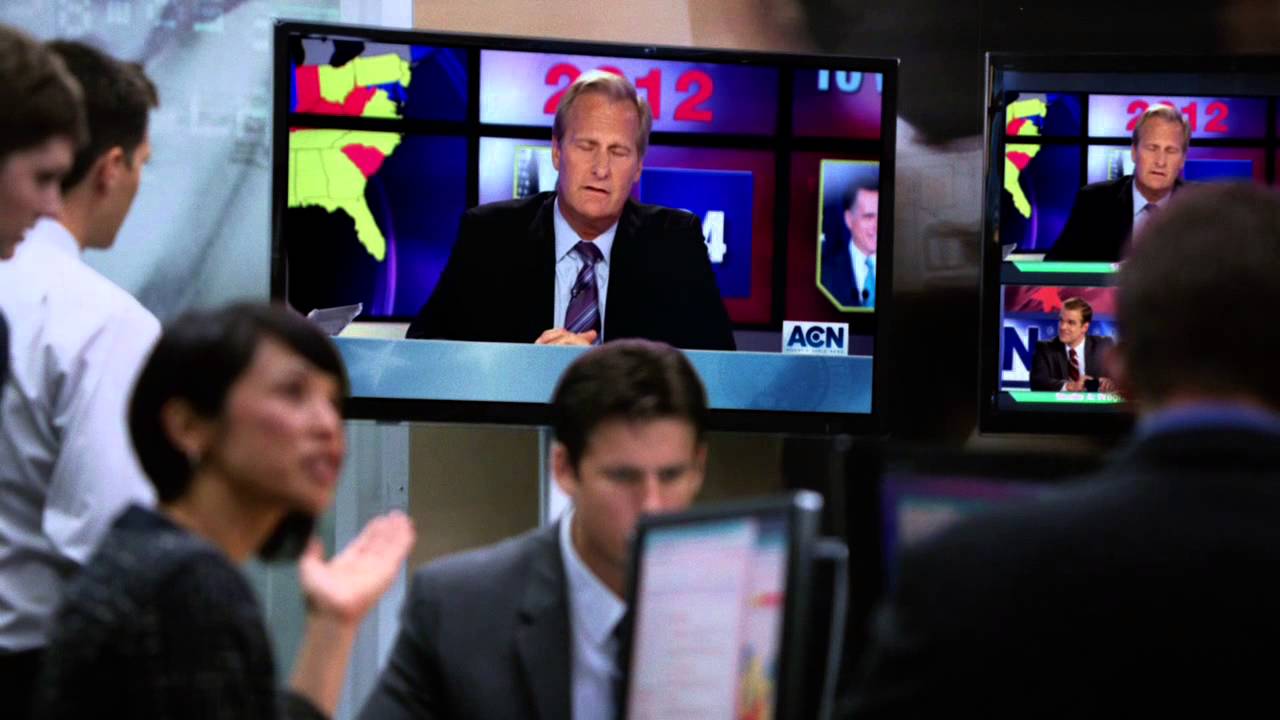 Season Wrap Up: The Newsroom Season 2

Very big things happened on Breaking Bad last night. Huge things. Facebook newsfeed-shattering, Twitter-exploding things. And I didn’t give a flying hoot. I watch Breaking Bad; I’ve seen every episode. But ask me to care an inch about any character in its entire universe and I’m afraid I’ll have to laugh in your face (unless the character in question is Jesse, because that kid is a bit of a masterpiece). But ask me about The Newsroom and I can honestly tell you that I care about Gary Cooper and Tess and Elliot and Reese goddamned Lansing! (Note to the uninitiated: these are characters who’ve collectively spoken about 10 lines this season and/or are supposed to be jerkwads). The Newsroom has none of Breaking Bad‘s filmmaking finesse. It doesn’t care about sound editing and has never doused the entire nation of Mexico with a yellow wash. But it presents the viewer with characters worth rooting for, people you wish you knew, even when they’re annoying as hell. It aims to rouse something within its audience beyond revulsion or despair. My very complex game of 4-suit Spider Solitaire was more emotionally engaging than my experience watching Breaking Bad‘s Massive Episode last night (though I acknowledged its technical excellence). But I was excited for The Newsroom, and sad when it was over, and glad that it happened. And it wasn’t even all that great of a season finale. Confirmation on a possible third season is still elusive (the holdup is on Sorkin’s end- he seems to be panicking about his rate of productivity) but even if this pretty darn mediocre episode is the last we ever get from ACN (though I wouldn’t bet on it), season two proved what The Newsroom was here to prove: that heroes can survive on cable, that the age of idealism isn’t completely dead, that there’s room for comedy and romance and banter in a world where serious dramas are all laconic, intricately sound-edited and tonally colour-washed. And that all of those things can be respected again. So here’s to you, Newsroom cast and crew and controversial writer’s room- you did good, and well.

All that said, after the masterpiece that was the Genoa climax, the final two episodes of the season’s too-short 9-episode order were fairly blah. The first of the two parts (which aired last week) was the better one- a little less romantic wrap-up, a little more of the zippy smart kid dialogue that so makes my heart sing- though they were very much two parts of the same whole, taking place over a single night as the ACN team did live election coverage. Let’s break it down in pro and con columns, just because we can.

These last two episodes were flawed but still fun and rousing in that Sorkin-y way that no one else can replicate. If season two is any indication of what The Newsroom can be when we give the writer a little latitude and the time to do his thing, I’m more than willing to wait as long as he needs for the possibility of a season three.

Finale Grade: B
Season Grade: A+