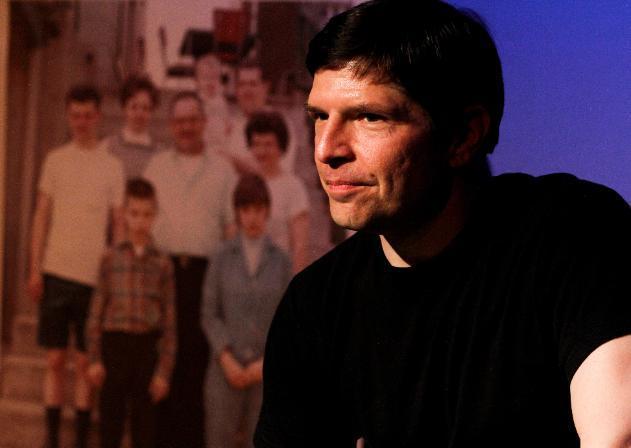 Spitting in the Face of the Devil

Good solo shows are undeniably impressive. It takes a lot of energy, storytelling skill, and presence for one actor to capture and maintain an audience’s attention. That said, Bob Brader has all of those qualities (and then some) in his one-man show Spitting in the Face of the Devil, which I saw at the United Solo Theatre Festival.

Inspired by his upbringing with a pedophilic and abusive father, Brader has developed a remarkably balanced monologue with humorous moments of levity punctuating his dark story. Brader recounts his triumphs on stage at a young age, his father’s beatings and his resulting fears, his relationships with other teenagers who became his father’s victims, how his extended family responded to his father’s behavior, and his emotional deterioration as a young adult upon leaving home. His impersonation of his father is in stark contrast to his general demeanor, yet he fluidly moves into and out of that character as he does with several others, including his mother.

This is the sort of story that could really only be told upon the death of “the devil” – a term that Brader frequently invokes to identify his father. After all, Brader’s father was never prosecuted for any of the three statutory rapes that Brader believes his father committed, nor was he apparently ever charged for the abuse perpetrated against his son. The lawyer in me wanted to focus on Brader’s father and his behavior. Why didn’t a schoolteacher or counselor successfully intervene? Why didn’t Brader or his mother go to the police? Why were the police so flippant about the abusive behavior they witnessed? Why didn’t the mothers of the boys that were raped go to the police? Why didn’t doctors surmise that Brader’s childhood incontinence could be a sign of problems at home? Why? Why? Why?

“Why?” is perhaps the wrong question. Spitting in the Face of the Devil is not about Brader’s father. It is about Brader. Brader who found love and support from his mother and sister. Brader who, despite obstacles, discovered his passion for performance and worked hard to make people laugh. Brader who, despite torment, stood up to the devil. Brader is far more compelling than any line of questioning that my logical brain could concoct, and I found myself absorbed in his performance. That is a rare feat for any art form to achieve.

With respect to technical design and direction, Cory Patrick’s lighting design and Suzanne Bachner’s direction is subtle and sophisticated, and the relatively bare stage is a welcome artistic choice.

A winner of numerous fringe festival awards, Spitting in the Face of the Devil is a powerful piece of art well worth the price of a ticket.

The United Solo Festival continues until November 23 at Theatre Row.