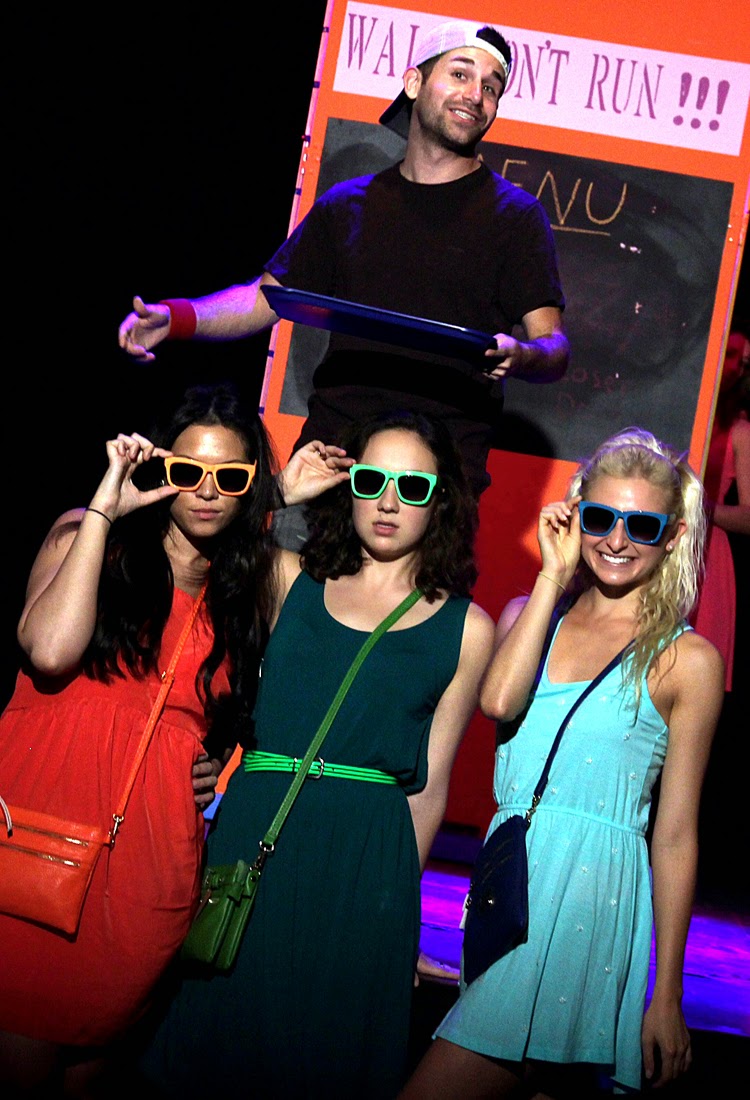 I would be doing a disservice to the show if I only gave you an adult perspective of the new musical The Love Note. Perhaps I should co-author this review with myself at age 10.

Theresa [28 years-old]: It is unheard of to attend a play at 10 am on a Sunday in New York City. The only people up and out that early are deities, people worshipping them, and tenacious tourists. Yet, this past Sunday I coaxed myself out of bed at 8 am and ventured to The Actor’s Temple Theatre to see Gail Phaneuf’s new musical The Love Note.

Theresa [10 years-old]: By 7 am, I was up, had finished reading a book, and had eaten breakfast. Get it together adult Theresa.

Sorry. Theresa at age 10 is really annoying. You will have to live with my present-day assessment of this production.

The Love Note is a play about Jessie, an elementary school student who starts her first day at a new school populated by two distinct cliques: the “bookworms” and the “popular kids.” The popular kids are led by a Regina George wannabe named Brittany and her three carbon copy friends Natty, Patty, and Katty. Jessie, in an effort to fit in, begins trading her lunch with Brittany despite the fact that Jessie’s mom takes time to make Jessie a special lunch (which includes an adorable “note from mom”). Despite the lunch swap, Brittany considers Jessie a social outcast and ignores her promise to help Jessie fit in. She and the “popular kids” continue to torment the “bookworms” and ignore Jessie. Finally, Jessie concocts a plan with her imaginary friend Airy to get back at Brittany. Ultimately, she befriends the “bookworms” and, after publicly embarrassing her, makes amends with Brittany. Aw.

The adult in me believes that The Love Note is nothing more than a feel-good conglomeration of a hundred other plays, television shows, and movies about growing up, replete with stereotypical characters and a superficial treatment of school cliques. Much of the musical feels silly, incorporating a Hollywood-ized version of elementary school where food fights happen in the lunchroom, kids run around in capes and tiaras, and detention always warrants a dance number.

In addition to the trite content, the targeted age group for this show is unclear. At age 10, Jessie has an imaginary friend with whom she actively plays. I am not a child psychologist, nor am I a parent, but I doubt that there are many 4th and 5th graders who can relate to a peer character with an imaginary friend. Moreover, the kids in the show discuss the upcoming school dance, which is a social activity that most young people do not experience until middle school. 4th and 5th graders also generally do not run around showing off their brand new Prada heels as Natty, Patty, and Katty do in the play (even in NYC, where some privileged young people are introduced to high end labels early in life). These and other plot elements left me scratching me head – what age group did Phaneuf have in mind when she wrote this play?

However, as I previously suggested, I am not the target audience for this particular show. Had the cast of The Love Note visited my elementary school when I was in 4th grade, I would have been enthralled. The colorful costumes and easily identifiable tropes are likely to draw kids in, and the songs are boisterous and simple enough to remember. The young boy behind me seemed to thoroughly enjoy the food fight sequence and the sight gags. He also particularly enjoyed the scenes where the bullies were tormenting the “bookworms.” Therein lies a concerning problem with this play – if the depictions of bullying are met with laughs, are children viewers really getting the message behind the show?

With respect to casting, members of the ensemble bounce across the stage with an enviable and child-like energy. Despite a few rough notes, Bethany McCall has a decent voice and makes a believable girl next door in the role of Jessie. Courtney Rada is sure to win over any child as Jessie’s mischievous imaginary friend Airy, and Katie Mebane is likewise sure to horrify as bitchy Brittany. In this large cast, Katie Rose Ialacci, Jeff Deglow, Blair Heather Anderson, and Kathleen Cameron each crafted distinct, interesting, and noteworthy characters too.

The Love Note is the sort of musical that could successfully capture an audience’s attention if that audience was composed of children who were viewing the show at a school assembly. While the content is unoriginal, young kids are not known for their discriminating taste in art, and there are a lot of elements in this show for kids to enjoy.