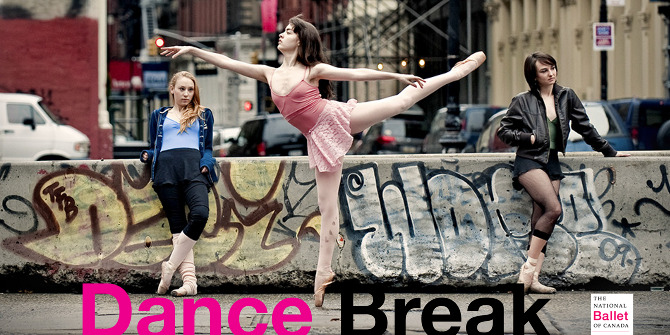 The new National Ballet of Canada season has begun with the emotional gutpunch that is Manon. My intention was to review that production- the knockout leading performance from Jillian Vanstone and scene-stealing guest turn by American Ballet Theatre’s James Whiteside (whom I’d really like to see the National steal); the brutality of the choreography and subject matter, the emotional telegraphy of the score, the leading man potential in the ridiculously handsome but still very green Harrison James who made his debut as Des Grieux. Instead, I’m going to editorialize on the state of the ballet because Canada’s biggest dance company is making some changes that are driving away the exact people they need to be courting, namely the people who can’t afford their tickets yet.

The National Ballet is my favourite artistic institution in the city; I’m an unabashed fan so comically dedicated that I actually watched all four hours of their live stream on World Ballet Day. It’s important to note, however, that what I’m a fan of is the dancers themselves and the impeccable taste level of Artistic Director/Canadian dance legend Karen Kain. I’m less fond of some of the operational realities of the company (and its tendency to replace classic ballets with silly Kudelka updates, though that’s an argument for another day). Despite multiple attempts on my part to connect with their PR reps, The National Ballet remains the only major theatrical institution in Ontario that does not regularly offer us press tickets (or even press releases, for that matter). Every interview we’ve featured with the dancers or choreographers has been set up privately with no facilitation from the press office and it was purely through the magic of Twitter that we were able to contact My Theatre Award winner Skylar Campbell to invite him to the awards ceremony.

If the National Ballet were any other company, we would have stopped covering them years ago. But I can’t live in a world where I never get to see McGee Maddox dance Onegin, so I’ve paid my way to every single performance for years now (full-length narratives and mixed programmes alike). An excellent program called DanceBreak is the reason I’ve been able to do that.

A decent seat at the ballet is one of the priciest tickets in town; my favourite section (front orchestra) is usually about $140 while the Grand Ring goes for a shocking $249 and you can sit as far back and high up as the fourth row of the insufferable 5th ring and still pay $57. I’m all for charging an arm and a leg from anyone gullible enough to fall for the Grand Ring (I’d consider that a donation from those who can afford it) and I’m not going complain about the incredible donor list and government grants that benefit the ballet when I know hundreds of brilliant artists struggling to mount a show on $2000 from Kickstarter. The National is a huge employer with most of their operating budget dedicated to the salaries of dancers and musicians who don’t have nearly as many employment options as standard theatre artists do. The costumes and sets are recycled (some of the costumes are even shared!) and the company also has incredible support in place to keep the dancers healthy and treat injuries. Their money is well spent so I won’t begrudge them its acquisition (don’t get me started on the waste at some of the other well-funded organizations at the top of the Canadian arts pay-scale). But the wild ticket prices do have something of an adverse effect on the company.

At the age of 25, I routinely am the youngest person in the Four Seasons Centre by about 40 years (excluding performers, employees, the occasional bored-looking grandchild, and my fellow anomalies). The prevalence of old, rich, white people at the theatre is not a new issue but it’s especially concerning when it’s a direct indicator of an entire artistic medium’s inability to reach young and diverse demographics. A sea of grey hair at The Stratford Festival doesn’t mean that young people are not being exposed to Shakespeare; they find it elsewhere- in English class, at the movie theatre, in city parks, at the Fringe Festival, on their phones! But if the National Ballet (the only household name dance company in the city) doesn’t have an audience under 60, that’s not just a few people missing out on Sonia Rodriguez’s Cinderella, that’s multiple generations whose only exposure to ballet is Black Swan (in case you are the one person who didn’t see that movie- that is Bad News). If the National Ballet waits for an audience who can afford to attend their shows at the going rate (the well settled, the retired, those who’ve aged out of student loans, mortgage payments and childcare costs), the company won’t survive to see Skylar Campbell become a principal, let alone see the corps de ballet debut of the impending Ogden-Coté baby (no word yet on whether the fetus will be a professional ballet dancer; I’m just guessing).

Until recently, I was actually really impressed by the National’s seeming awareness of this issue; you can see the young demographic bait in the sneaky “look how hot our dancers are” elements of the advertising materials, and the company appears dedicated to promoting young talent and inventive (sometimes even daring) new and contemporary work. They even started a new program to court young donors (though I’d be interested to see how much interest it’s generated with a membership fee of $600). But most impressive is DanceBreak, a program that allows people under 30 the opportunity to purchase day-of tickets, even the good ones, for only $28. Or at least it used to. Earlier this month, an email was sent out to all members of the DanceBreak program, reminding us to book our tickets to Manon and Nijinsky and oh, by the way, the price is now $35 for seats in the top 3 rings and $45 if you want to be able to see without getting a nosebleed (and, yes, a good seat is important for new fans to feel engaged in a medium too many people refer to as “boring”). That’s a cost increase of  60% that was, as far as I know, only applied to the under-30 program; I’m pretty sure the regular Grand Ring rate held steady.

DanceBreak statistics are hard to find but, as of 2012, the program had approximately 26,000 members. Assuming absolutely no growth in the past 2 years (which I doubt) and calculating based on each member buying just one ticket all season (in reality, some likely don’t attend at all and those who do more likely purchase closer to 4-6 tickets a year, but for the sake of argument…) that’s 26,000 people who got to get dressed up and go to one of the most beautiful arts spaces in the country to see world-class ballet instead of staying home and illegally streaming Game of Thrones (not to generalize, but this is how my generation lives). That’s 26,000 people who might someday make the sort of money they need to donate to the Dancer’s First program or buy a ticket in the Grand Ring. That’s 26,000 people who enthusiastically filled seats that likely otherwise would have been empty (DanceBreak tickets don’t go on sale until midnight before a performance so it’s unlikely the seats could fetch full price or even sell out completely through rush). The price differential per person is $17 ($7 if you’re opting for the cheaper ticket); based on our hypothetical numbers, that’s just under $450 thousand in extra revenue for the ballet through the price increase. $450 thousand is a drop in the bucket of The National Ballet’s approximately $27 million operating budget, but $17 makes a difference to a twenty-something making $11 an hour and I’m willing to bet DanceBreak sees a significant drop in ticket sales because of it.

Go ahead and increase your top ticket prices- I long ago came to terms with the fact that my 30th birthday will mark the end of my days in the front of the orchestra at the Four Seasons Centre- but increasing the bottom ticket prices, and Especially the youth ticket prices, offers a trivial financial gain at the expense of the sort of patrons the institution needs in order to stay relevant and, frankly, survive for decades to come.

The ballet can’t afford for the number of young ballet lovers on stage to outnumber the number in the audience but, for years now, that’s appeared to be the case and it’s only getting worse.