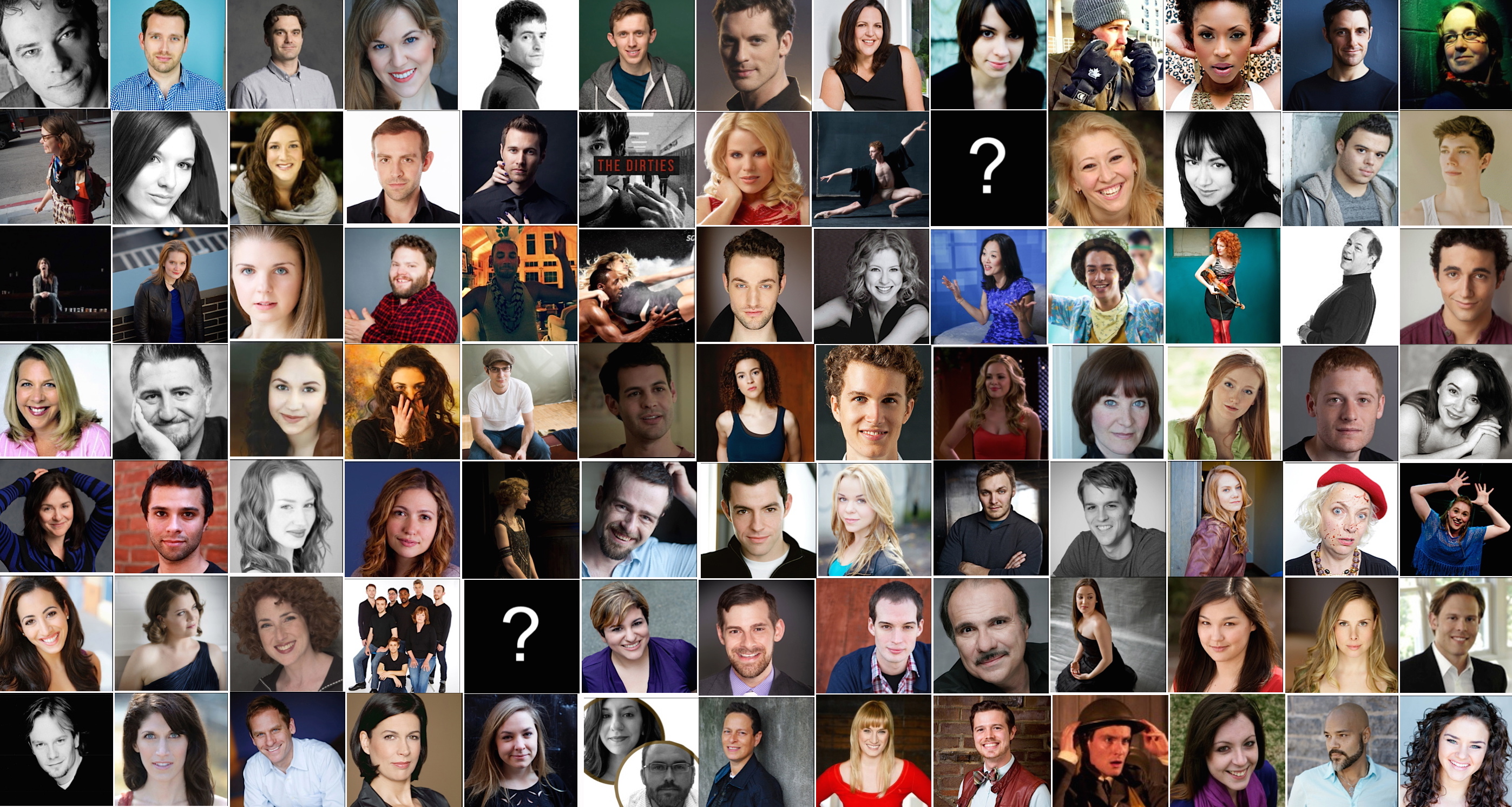 One of The National Ballet of Canada’s fast-rising stars, second soloist Brendan Saye is one of the most uniquely beautiful dancers on the Four Seasons Centre stage. Taller than most of the other dancers in the company, the lines Brendan is able to create with his extensions are out of this world (take a look at the photo from Chroma included in his interview).

Nominated for Best Ballet Performance for his work in principal dancer/choreographer Guillaume Cote’s No. 24, Brendan spoke to us about why ballet still matters, dancing the role of a lifetime, and working his way back from injury. 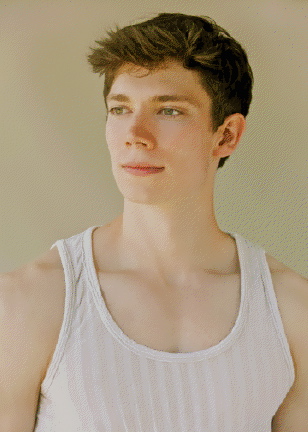 Do you remember the first ballet you ever saw?
I had a few encounters with ballet at a much younger age. The film version of Balanchine’s The Nutcracker, a local ballet school’s rendition of Giselle, but perhaps the most spellbinding experience was when I witnessed the National Ballet perform Romeo and Juliet at the Queen Elizabeth Theatre at the age of 10 in my hometown, Vancouver. I think that was that “aha” moment for me where I knew this is what I wanted to be a part of– that experience, that ballet, that role. As chance would have it, I premiered the role of Romeo in the National Ballet’s new production just 10 years later. It was every bit as thrilling as I’d imagined, and then some.

What is it about ballet specifically that made you want to pursue it professionally (perhaps over other dance forms)?
I think it gets a bad rap for being dated and old fashioned. I couldn’t disagree more. It is its wealth of history that makes performing it so enriching. You can find this in the more classic roles, which demand incredible technical accuracy and discipline, but even more excitingly, in the new work that allows you to feel you’ve left your own mark; as if you’re adding your signature to a book that’s been passed down for generations. It encompasses the athleticism that rewards the body, the technicality that stimulates and provokes the mind, and the artistry the nourishes the heart. It’s living at one’s fullest capacity, I think.

What performers have always inspired you?
I wouldn’t say one person in particular as many, past and present have revealed to me the type of dancer I want to be. I will say that any performer who has the courage and strength to execute a performance with clarity and power but still has a vulnerability that allows the viewer to feel as though they’re allowed in to the most intimate and private corners of the artist’s mind is the most striking. If they can do all this while carrying enough integrity to preserve the art and be conscious of their actions in the viewer’s eye, this is a true performer. Former National Ballet Principal, Jeremy Ransom, once told me, “It is the artist’s duty to make the audience move to tears, not the artist’s duty him/herself.” 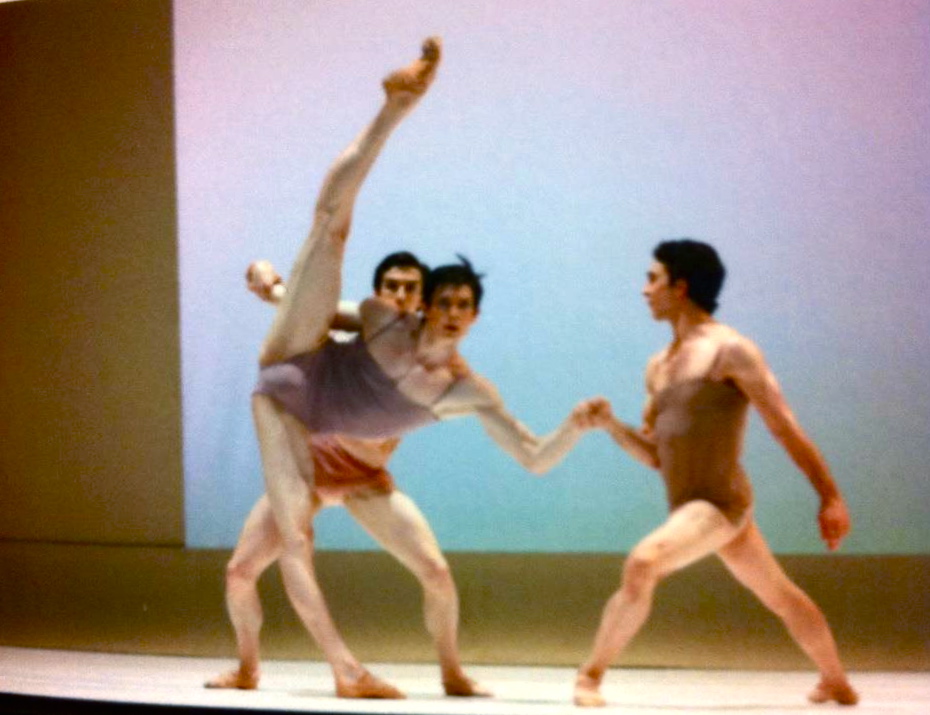 with Robert Stephen and Dylan Tedaldi in Chroma

You’ve been with the National Ballet since 2008. In that time what have been some of your favourite performances?
I’ve been very fortunate in my young career to have performed a great variety of roles. A few standouts would be in the company premiere of Wayne McGregor’s Chroma, where I first truly came to understand myself as a confident performer, Twyla Tharp’s In The Upper Room which tested me physically more than any other short work I’ve performed, William Forsythe’s the second detail where I truly felt myself and in my element, but first and foremost, my premier as Romeo along side my partner, Chelsy Meiss.

You were selected out of the Corps to dance that role. What was that experience like?
It was a roller coaster and ultimately a moment of pure euphoria. We were the youngest couple with the least experience and practically no stage rehearsal. Chelsy was coping with a devastating injury and somehow after all the sweat and tears it all happened like a dream. It will forever be a life-defining moment. I remember we were both speechless by the end. We couldn’t have hoped for a better outcome. 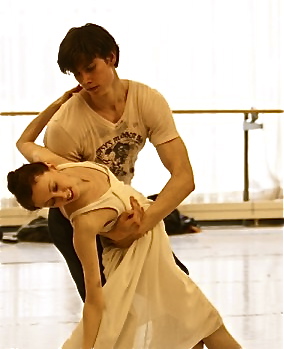 How are the partnerships determined? Do you have specific partners you work particularly well with?
It really depends on the ballet. I’ve had several partners and loved every experience. Working with Chelsy was an incredibly revealing personal experience and we became so incredibly close during the process. Working with Emma Hawes during the Bruhn competition was a total joy. She is such a radiant, lovely and immensely talented woman. I had the opportunity of working in studio with Xiao Nan Yu in the fall. Due to injury I was unable to perform with her but I was awe-struck by her while dancing. She has a beautiful connection with her partners and I hope I will have an opportunity to work with her again very soon.

What would you say separates your performance style from some of the other men in the company?
That’s a tough question. I believe I have qualities that set me apart but certainly don’t make me a superior dancer. There are SO many unbelievably talented men in the company that one could be easily intimidated. Instead I am utterly inspired. I suppose I would consider myself a thoughtful dancer. I like to put intention and thought into all I do. I’m a bit of a lyricist when it comes to classical works and a bit of a freak when it comes to contemporary, so I guess you could say I’m versatile.

You were recently promoted from Corps de Ballet to Second Soloist. What sort of impact has that promotion had on your day to day process as a dancer?
None whatsoever. I come to work because I am in love with what I do not with what my title is. If you came to our ballet class with no knowledge of who was who and who was in what position, you’d probably presume more corps de ballet members as soloists and principals than you’d think. There’s a wealth of talent in every rank and it’s a privilege to be in their company everyday. 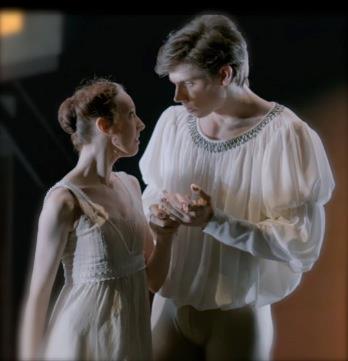 with Chelsy Meiss in Romeo & Juliet

Your My Theatre Award nomination this year is for your performance in No. 24, choreographed by Guillaume Cote. How is the experience different working with a choreographer who is also an active company member?
I’ve seen Guillaume on stage since I was very young and he’s always had an undeniable star quality about him. I’d worked with him once before in the Bruhn competition but when he approached me with the intention of putting me in his piece No. 24 I was flattered and excited. Both experiences with him have been wonderful. He’s incredibly warm and comfortable to be with in the studio, and his creative process is much more of a dialogue than a monologue, if that makes sense. You really get the idea that this is your piece, collectively which is better because you attend to the piece with more sensitivity, I think.

The physical strain and demanding schedule of ballet must take its toll. What would you say is the hardest part about being a dancer?
Speaking from personal experience, I would say injury. I am still in the process of coming back to proper health. It’s a devastating experience to miss out on roles and opportunities but on a simpler level, once you’ve experienced performance at a high level, being away from it makes you crave it much more. I eagerly anticipate my return to the stage, (hopefully very soon) and I think when I do I will be stronger for it. It’s the training that makes the athlete but the struggles that make the artist. That is what I am now beginning to understand. I am still young, and am sure have much more to learn but I’m confident in where my head is in all this.

… and the best part?
That moment when the stage seems to vanish and all that’s left is you, your partner and what seems like a vast universe around you filled with the most glorious music. These moments don’t always happen, though we always put in our best effort, but the moment I speak of is what I believe Elizabeth Gilbert refers to so poignantly  as “a glimpse of God”.

Do you have any dream roles you haven’t gotten to dance yet or someone you’d like to work with?
All of them and everyone. Haha.

I would have loved to have danced in A Month in The Country this past March and to have worked with the great Anthony Dowell, but sometimes, in this case because of injury, life offers you something else that may requires even more from you, and you just have to take it for what it is, or rather, what it could be: an opportunity in disguise.

Do you have a favourite ballet or choreographer?
Romeo and Juliet, regardless of the version, has always been my favourite, on account of the music, (Prokofiev) and story. I also love Giselle and Onegin. I’m a sucker for the beautifully tragic.

What are you working on now?
Recovering and coming back to full health. Secondarily I’m using this time to work on myself, outside of ballet. I’m learning this is just as, if not more important because if our duty, as artists, is to put an ingredient of ourselves into all of our performances, we first need to fully understand ourselves. It’s not easy, but I’m working at it.