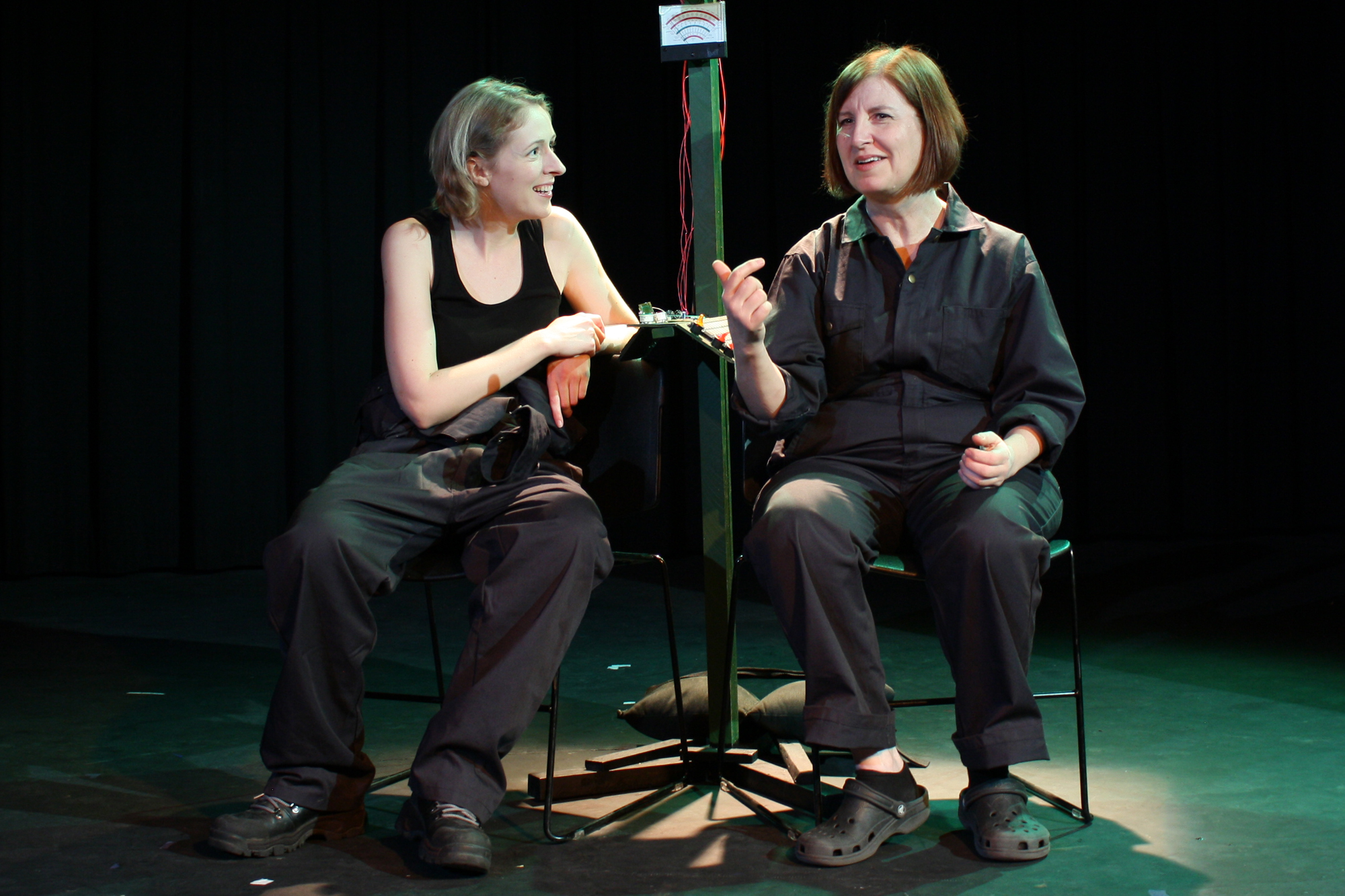 I see so much theatre that sometimes a really great show can slip through the cracks and not get reviewed. If I see something without a press ticket, or on closing weekend, or when I’ve already got an overwhelming pile of playbills on my desk, I have a bad habit of telling myself I’m not on a deadline. That’s how I end up with articles like this, 3 reviews in one, all for shows that closed months ago- Much Ado About Nothing (September 28- October 16), Romeo & Juliet the ballet (November 16-27) and Uncharted Zones (December 8-17). Apologies to the companies in question, here are my retrospective thoughts:

I love site-specific theatre. Wandering around an interesting location and stumbling upon scenes has made for some of my favourite Toronto theatre experiences (see: Red Light District’s Witch of Edmonton and Urban Bard‘s entire existence). The format works even better when you’re led through these scenes by a flawless improviser like the head maid and butler at Single Thread’s Much Ado. Arriving at the historic house and gardens that make up city landmark Spadina House, audience members were shepherded into a basement greeting area where we were given our orientation as “the new household staff”. We were then divided into two groups so that we could cover more ground to prepare for Sir. Leonato’s expected visitors (clever!) If you followed Scott Dermody’s stiff and snark butler Jarvis (a superb performance), you wandered through the house’s beautiful halls, stumbling upon scenes involving Benedick (a darkly funny Adam Wray), Don Pedro (Tyler Seguin) and Claudio’s point of view (the latter made, for the first time in history, a standout character by the charming Brandon Crone). If you went, as I did, with Sarah Thorpe’s comic go-getter Anna, you spent more time listening in on Helen Juvonen’s fierce (but sort of cold) Beatrice and Harmonie Tower’s giggling Hero conspiring with their handmaids Ursula (the beautiful Lindsey Higgs) and Margaret (Leah Holder, particularly good in the forgettable part). The whole group came together for all the key scenes: the beginning, the end, the dance, the wedding and all the Dogberry stuff- starring the genius Viktor Lukawski (a My Theatre Award Nominee this year) performing physical theatre magic tricks and keeping half the audience entertained for extended periods while the other half caught up. Though some of the performances were a little rough, director Jonathan Langley (also nominated!) navigated a fascinating trip through a historical landmark (making excellent use of the beautiful and versatile space) that involved missing a few scenes but never a beat.

The World Premiere of a new Romeo & Juliet production at The National Ballet of Canada.

I was at a “Ballet Talk” once where Canadian dance icon Sexy Rexy Harrington was plugging choreographer Alexei Ratmanksy’s then-upcoming new staging of Romeo & Juliet. A disgruntled audience member took the famed dancer by surprise when she demanded to know “why the company is making like Charles with Diana and dumping the incomparable Cranko version” (inspired analogy; thank you, angry lady). Stunned silence was followed by Harrington’s insistence that the famous and beloved ballet choreographed by the great John Cranko was not being replaced, rather supplemented by a new version- which promised to be just as thrilling. Well, it’s not just as thrilling, but it is respectable enough (mere mortals should not be held to Cranko standards, it’s not entirely fair). A dreary period setting (why is everyone afraid of modernization?!) made for some comical hats, but that was about the only notable thing about the design. The choreography itself is beautiful but not particularly stirring or narrative-inclusive. The understandable but still heartbreaking decision to pair superstar couple Guillaume Cote and Heather Ogden with *gasp* Other Dancers left me with a Sophie’s Choice of when I should attend. I went with the night Heather was dancing, because she’s a singularly wonderful actress in addition to the prima ballerina requirement of dance loveliness (and I’m a big believer in dancers and singers who don’t forget to act). She was brilliant, as usual- funny with the nurse, sweet with Romeo and heartbreaking in the end- but I was disappointed in her partner, McGee Maddox, who seemed stiff and unloving in the “loving is mandatory!” title role. The role of Mercutio is perhaps the best designed in the new production (which returns next season, in case you missed it this time)- he’s allowed plenty of hammy humour as well as a stirring death piece in act three. Danced by the wonderfully charming Jonathan Renna with great pathos and an overwhelming sense of fun, I was dreading his death even more than usual. The other standout was my favourite male dancer in the company, Jiri Jelinek, whose hot-and-cold Tybalt was enthralling to watch and, like Renna’s Mercutio, heartbreakingly short-lived. A hilariously over-wrought Rex Harrington as Prince Escalus provided the best unintentional laughs of the night but, as always seems to be the case, I wanted more from Paris and Lord Capulet. A couple standout performers elevated it, but the fact remains that, pretty as his choreo may be, Ratmanksy just isn’t Cranko.

Monkeyman Productions is a group of giant nerds. And what’s really cool about them is that they would take that as the highest of compliments. It’s their mandate, to be nerdy, and it serves them well. Their dialogue is riddled with Star Trek references, Firefly shoutouts and other stuff I didn’t even catch- some organic and hilarious, some a little forced- and their stories sometimes take place in space- no big deal. Uncharted Zones was a series of four unrelated vignettes written by DJ Sylvis and linked by Leeman Kessler as a charming and somewhat sinister Twilight Zone-esque host. Some of the stories were a tad forgettable (the details of “Something About Smoke and the Way it Rises” escape me), and some just didn’t really resonate (I wasn’t crazy about the futuristic blackout romance “Stars Shone on Toronto”) but the melancholy and exuberance of “Last Train” made it a great show-ender and each scene had its own quirky charm. The standout performer of the lot was My Theatre Award nominee Martha Girvin who was heartbreakingly honest in “Chance” as a spaceship mechanic on a doomed ride, contemplating the life her clone will live now that she’s gone. That’s right, her clone- her mother cloned her, which has all sorts of fantastically real, if fantastical, emotional repercussions for her as she faces her death: will it be just like her? Will it replace her completely? Will it follow the same path? Will it live in her shadow? Girvin and Sylvis pair on “Chance” (with Jennifer Kenneally, heartwarming but gruff as Girvin’s doomed  pilot) to create a vignette that stays with you even months later (Exhibit A: *points at self*).