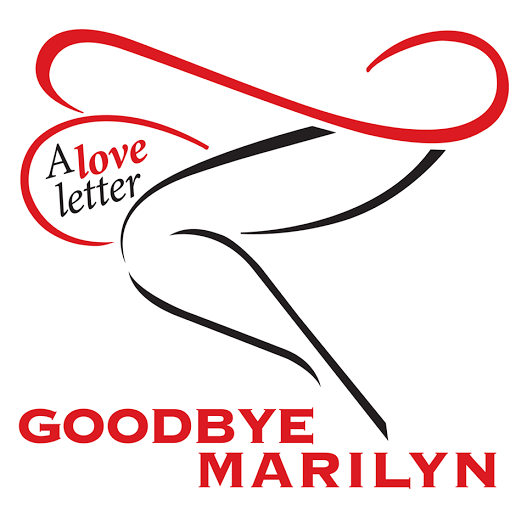 Our pop culture has had a recent wealth of new stories concerning the famous Bombshell actress, Marilyn Monroe. Boston Actors Theater brings one of the latest fictionalized accounts of Marilyn’s life in its Goodbye Marilyn: A Love Letter (A Staged Reading), written by Michael Phillips. This play explores the last night of Marilyn Monroe’s life, one evening in the fascinating and tumultuous life of the Hollywood celebrity. The staged reading at Trident Booksellers on Newbury Street in Boston offers the first performance and look into this new work before its premiere in Los Angeles on September 5, 2014, continuing on to New York in Spring 2015 (though with different casts).

The play is meant as a “goodbye” and features only three characters: Marilyn Monroe (Katrina Galore); playwright Arthur Miller (Bill Stambaugh); and baseball player Joe DiMaggio (Craig Ciampa). Marilyn Monroe was a star in Hollywood and viewers’ eyes, but beneath the glitzy exterior Monroe was a scared (and scarred) little girl begging to be accepted as a woman and person in the world’s eyes. We are introduced to Marilyn in her bedroom, her most intimate environment, complete with liquor bottles littered across the floor, and she is drunk and disheveled. Galore has a raspy, aloof, and broken voice for the shattered film star.

The play imagines the rivalry and relationship between Miller and DiMaggio, two men in Marilyn Monroe’s love life. Phillips constructs two men who care deeply about Marilyn in very different ways, an integral part of the story that allows the audience to empathize with and humanize Marilyn. Stambaugh’s Miller is a bit too young and handsome to play the aged playwright, but he captures Miller’s critical and arrogant qualities. Stambaugh is almost methodical in his speech, soothing in his punctuated speech. Ciampa’s DiMaggio is softer, an everyman and guy’s guy; he feels younger, more respectful, but, ultimately, less interesting than Stambaugh’s Miller. Galore shows us the different Marilyn who yearns for the approval and adoration of both of these very different successful men; she is coy, cheeky, and charming. In everything, Galore’s Marilyn is softer, in tone and action, almost dreamlike. But herein lies a problem: Galore’s Marilyn feels like she’s still performing for us, despite the admission of the playwright that he is trying to show a Marilyn who struggles to be accepted by the world. As an actress, Galore seems too focused on keeping our love, perhaps a product of the script’s faulty script and focus. In this intimate love letter, we needed to see a bit more of the raw and truthful, more of the profound and less of the artificial. For a critically acclaimed writer and wildly successful baseball player to fall in love with the same woman, we need to see more than the killer rack and gorgeous soft blonde hair. We’re aching to feel for a character that feels more artificial than purposeful.

As a whole, the play lacks direction. With only three characters, and a host of two-person scenes, the play drags without clear obstacles and goals. Part of these problems could be resolved with a full production—hearing stage directions, especially with key scenes influenced heavily by Marilyn’s movement and action, retards the action and diminishes their effects. Some of the dialogue gets awkward laughs from the melodrama, while other parts (particularly, Ciampa’s delivery) hit home-run laughter. Additionally, the recurring use of pills and vodka gets monotonous; perhaps Marilyn may be as boring behind the scenes as a pill-popper and booze-swizzler, but even Smash gave us something more to consider. Bottle Count: 15. Marilyn’s poor liver. A dramatic arc built around a struggle to be accepted is also a difficult concept and action for the beauty to play; instead, she’s caught in play-acting with pouty lips and slinky mannerisms.

Goodbye Marilyn: A Love Letter is a sincere, but shallow attempt to immortalize a legend for which we already have other (better) stories. Running at barely over an hour with a 10-minute intermission, the play garnered enough applause and enthusiasm, but, underneath the glitz and glam, the play feels forced and lacking some universal truth or story. In an attempt to humanize the Bombshell, Marilyn rings tinny and booze-filled. Perhaps if we saw more of Marilyn’s life beyond the men and booze, we would have a clearer sense of who she was and who she was trying to be. The play may see better success on a real stage with the help of a director and rehearsals, but hopefully the playwright is on-hand to make some necessary rewrites as part of the artistic process. With a flurry of media attention to Marilyn, Phillips needs to answer the question: why are we saying “Goodbye” when it feels like we never really said “Hello”?