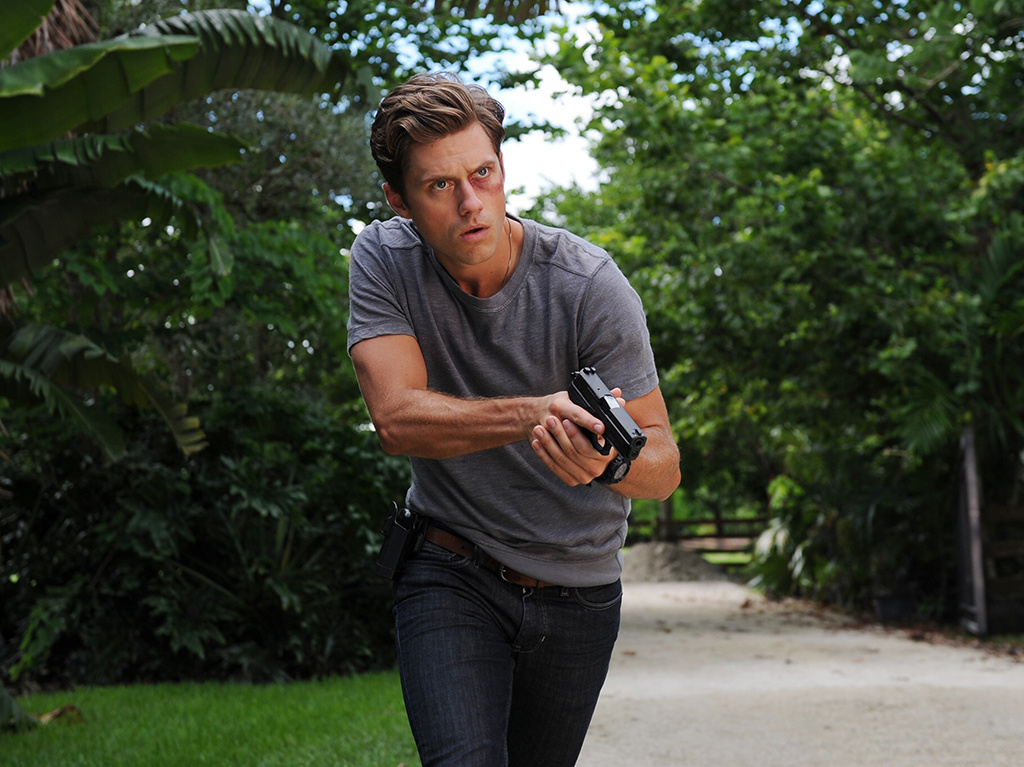 One word can accurately sum up my thoughts during the Graceland finale, and now, after digesting the finale: why?! Another acceptable word is: what?

The root of a lot of problems with the finale (and the season overall) can be found in this interview with Jeff Eastin, the executive producer. Two things he said I found especially contentious. The first, “…we set up that Briggs and Mike were really the same person…”, and secondly, Mike had to “pay for his sins”. Let’s start with the Briggs quote. If anything, Mike and Briggs were each other’s foils for the series, not the same person. In season one, Mike was a buttoned-up rule followers, while Briggs was surfer with little regard for regulation. Of course, they’ve evolved from the first season, and Mike definitely isn’t a boy scout anymore.

I’ve spent a lot of time defending Mike from friends who also watch the show, some of who have described him with colorful words I can’t publish here. My argument always comes down to this: yes, Mike has made a lot of awful, reckless decisions this season, the finale included. But ultimately, Mike tried to do the right thing. Briggs has a history of making awful decisions, and most of the time, they’re for selfish reasons. He spent the first season manipulating his housemates because he was a drug lord. Just a few episodes ago, he was going to have Mike killed. He changed his mind at the last minute, but that doesn’t make it okay.

This leads to my other issue: the idea that Mike has to ‘pay for his sins’. I’m not going to sit and nitpick every bad decision Mike made this decision. There were a lot of them and while he was trying to save lives, that doesn’t absolve him of responsibility. Mike should be accountable for flouting the rules. He switched between being emotionally detached and then being too emotional, and he was guilty of being over-confident and cocky. Mike should face disciplinary action, and probably see a psychologist. He should not be murdered while lying in a hospital bed after already getting shot. That isn’t paying for his sins. That’s getting murdered.

Meanwhile, Briggs still is running around after everything he’s done these past two seasons. The fact that he rescued Charlie this episode and raced to try save Mike doesn’t wipe away his past wrong doings. If the show is so focused on comparing the two men, what about Briggs’s sins? The Odin storyline still hasn’t been wrapped up, and it’s frankly a little ridiculous at this point. The whole thing is baffling. Mike had to die as punishment for doing bad things for (mostly) the right reasons, while Briggs got to play a hero this episode after two years of doing bad things for the wrong reasons.

Paige is another character who really needs to take a good long look at the things she’s done. (They all do, but Paige more than most). Initially, I sympathized with her. She went through a traumatic experience, and was understandably upset at Mike for not rescuing Lena, to whom she formed an emotional attachment. But as the episodes went on, she continued to antagonize and undermine Mike. She didn’t have to forgive him on a personal level, but she should have at least tried to be a professional about the situation. An entire mission can’t be jeopardized for the sake of one person. Paige was too focused on saving one person, and was too emotionally invested to make rational decisions and continually acted out of line. Her irrational behavior escalated in the last part of the finale. She realized Mike knew Lena was dead, and assumed that he killed her. So she decided to send a corrupt, psychotic cop after him. It doesn’t matter what Paige thinks Mike did. (And he was actually innocent of Lena’s murder.) Even if Mike had killed her, what Paige did is inexcusable. She’s supposed to uphold the US law, not Hammurabi’s Code.

Briggs summed up one of the biggest problems of the show in what was supposed to be a rallying speech. Everyone lost sight of the house and no one had each other’s backs. Season one had a lot of drama, but it built really strong relationships, and the characters cared about each other. This season? Not so much. Everyone’s stories were scattered all over the place in the finale. The only thing that really connected them is they physically live in the same house as each other. Season one and two felt like completely different shows. Season one was about a dysfunctional family that caught bad guys together. It had a clear storyline. Season two was all over the place plot wise. It was a bunch of people backstabbing each other and bending if not outright breaking the law. The worst part is there was very little progression between the vastly different tones. In my mid-season review, I mentioned that the characters were inconsistent, and unfortunately, that problem remained. Characters should evolve, but the audience should be able to see how they get from Point A to Point B, which we didn’t this season. It’s a shame, because it could have been really interesting if the plot and character arcs had time to flesh out. Instead, everything was rushed, and when it was all over, it felt thrown together instead of like a conclusion to a cohesive story.

There’s still a lot of things that have to get taken care of next season (if there is a next season). Johnny is in a bit of a bind as his girlfriend is behind hostage by her insane brother. As great as it was to see Johnny get his own storyline this season, his relationship with Lucia seemed a little forced. They both risked everything for each other, but it felt like they barely knew each other. Maybe in the hypothetical next season, Johnny’s story will be expanded. There’s also the British guy running around, which felt unnecessary. (The show’s tradition of Charlie getting captured and tortured in the season finales needs to stop). There’s Briggs’s Odin storyline. And then there’s Sid, who despite everything, got away. If Mike is somehow resurrected, he’s suspected of murder after Sid framed him, so they’ll have to clear his name. Whether Mike lives or dies, the team will have to deal with the fallout.

It is possible Mike is alive- Eastin teased it as a possibility. Graceland wouldn’t be the first show to kill of a major character, and it won’t be the last. But it would leave a big gap in a show that initially placed such an emphasis on Mike and Briggs’s relationship and the parallels between them. The show could go on, and expand some of the other characters, but Mike would be missed. There was no sense of closure, and while sometimes that’s done purposefully, in this case, it would be an abrupt and disappointing ending to a character who still had so much to offer. Mike had a lot of potential for growth as an individual character, but also was a key part of progressing the plot and other characters’ growth and storylines as well. If you kill a major character, there better be a damn good reason, and in this case, it didn’t feel like there was one.

Ultimately, Graceland’s finale was as disappointing as the second season. Both had interesting ideas, but jammed in too many to explore any of them properly. Characters made rash decisions that felt inconsistent. The tone and themes shifted so much from the first season, and not in an organic way. Graceland struggled to find its footing. If it’s renewed (finger’s crossed), let’s hope it finds more stable ground.

I just really don’t want Mike to be dead.