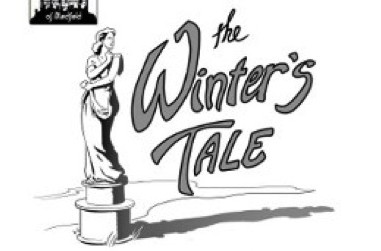 While the summer months can be sweltering in the Greater Boston area, many actors escape to the suburbs to perform outdoor Shakespeare for local audiences. Many companies choose to perform crowd favorites like As You Like It and Comedy of Errors, but The Gazebo Players of Medfield present The Winter’s Tale, a late Shakespeare romance, a traveling production with no apology and little explanation. It’s an odd choice for a novice group of actors, but they experience much success under the skillful direction of Marianne Phinney, an accomplished director and Shakespeare aficionado. With performances in Medfield, Medway, and Walpole, The Gazebo Players of Medfield brought a rarely-performed Shakespeare play about jealousy, joy, and redemption to the green parks and appreciative communities, all offered free of charge through generous contributions and grants.

The Winter’s Tale follows King Leontes of Sicilia (Charles Hughes), who accuses his pregnant Queen Hermione (Katie Speed) of adultery with his friend King Polixenes of Bohemia (Benjamin Medeiros). Convinced of their guilt, Leontes tries Hermione of treason and he banishes his newly-born daughter to some deserted area with his councilor Antigonus (Steve Small). Despite the protestations of Paulina (Barbara Schapiro), wife to Antigonus and waiting-woman to the Queen, Leontes presides over Hermione’s trial. The news of their son Mamillius (Nathan Parkman) proves mortal to Hermione, and she is carried off; soon after, Paulina reports that Hermione is also dead. The prophecy from Apollo’s oracle is fulfilled: the Queen is chaste, Polixenes blameless, and Leontes shall live without an heir until what he lost be found. Antigonus has left court to do Leontes’s bidding with the young daughter, Perdita, but a bear eats Antigonus shortly after Antigonus deposits the baby on Bohemia’s shore.

Act II opens sixteen years later, and Perdita ( has grown into a beautiful young woman, and Prince Florizel of Bohemia (Brian Michael Balduzzi) has fallen in love with her, despite her allegedly lowly shepherd upbringing. Polixenes and his now loyal advisor, Camillo, in disguise, follow Florizel to Perdita’s sheep-shearing. The sheep-shearing is full of dance and joy, including a stealing peddler, Autolycus (Jennifer Walsh); a Shepherd who raised Perdita (Cynthia Small); and a Clown, the Shepherd’s buffoonish son (Cameron Small). Also there, Polixenes surprises the Shepherd who raised Perdita, Perdita, and Florizel by revealing himself and ordering their deaths and Florizel’s disinheritance. Florizel decides, with assistance from the scheming Camillo, to journey with Perdita to Sicilia to escape Polixenes; Camillo tells Polixenes of the young lovers’ flight, and they both follow them over the seas to Sicilia for the grant reunion. Perdita is discovered to be the long-lost daughter, Polixenes forgives Florizel once Perdita is revealed as the daughter of a King and friend, and all share in the revels. In the play’s final moments, Paulina reveals a statue of Hermione, which she makes come alive to reunite (magically or otherwise) Hermione with her once-husband Leontes for a grand reconciliation.

Phew. Like many of Shakespeare’s romances, the plot is contrived with magical reunions, complicated side-plots ranging over months or even years, and journeys to mystical places. The Winter’s Tale performs almost as if a dark fairy tale, complete with Kings and heirs, dances and lovers, and statues and bears (oh my!). However, by performing outside, the sunny suburbs of Massachusetts illuminated this rarely-performed piece. From the central park in Medfield to a pond and surrounding lawn of Medway, to the bustling park of Walpole, the troupe saw rain showers, sunny days, and mild early evenings of summer. Look for them next year as they venture into another voyage of Shakespeare’s plays, expanding to the troupe’s fourteen season.

For more information about The Gazebo Players of Medfield, visit their website: www.gazeboplayers.com.